A former journalist from Australia who graduated with majors in history and politics, Prue has worked as a hotel cleaner, a cosmetician in a major department store, a tour guide and a bookseller. But most properly, she has been a journalist/researcher for the Australian Broadcasting Corporation. She is now a cross genre writer who enjoys creating escapist fiction for her readers.

Her eighth novel, Tobias, was short-listed as a semi-finalist in the prestigious 2016 M. M. Bennetts Award for Historical Fiction and has won other awards since its publication, as have Michael and Guillaume from the same trilogy, The Triptych Chronicle.

Her historical fantasy novel, A Thousand Glass Flowers, won a silver medal early in Prue’s writing career which gave her the impetus to write on. The quartet of which it is part, The Chronicles of Eirie, ranked in Amazon.co.uk’s Kindle Top 100 in varying categories for over six years.

Her 2019 foray into contemporary fiction, Passage, has been honoured, not just with a finalist’s award from Chanticleer, but with an endorsement from the great Cathy Kelly.

She is regularly commissioned to write short stories for a miniature book press in the United States, where the narratives are bespoke-bound and illustrated, to be purchased by miniature book collectors across the globe.

She is also a farming partner, dog owner, swimmer and kayaker and claims her major faults are embroidery and gardening and that she’s always looking for new creative ideas while eating way too much chocolate! 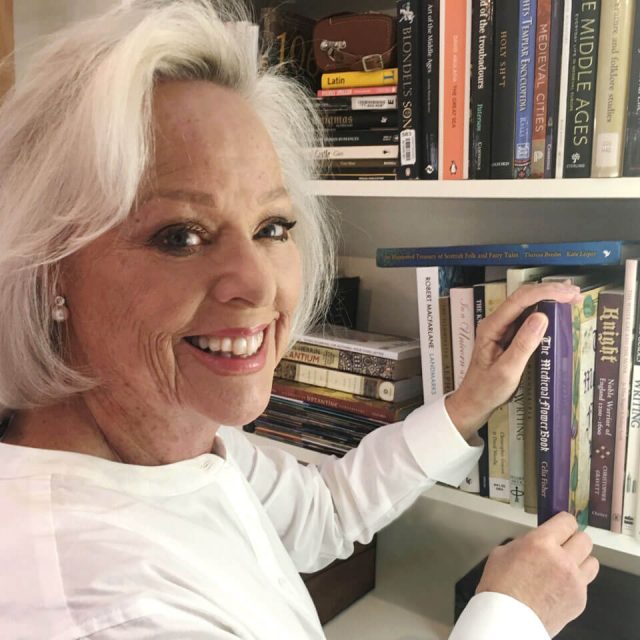 Gisborne: Book of Pawns – "I am now a fan of Prue Batten and heartily agree with another fan who once told me that she could write a phone book and make it compelling…"

The Shifu Cloth – "Batten is a wordsmith par excellence. Her use of unusual and oft archaic terms combine with her skill at sentence structure and description to provide a rich, heady read. I noted once that reading her work is like reading silk and now, five books on, that description holds all the more true."

The Shifu Cloth – "Evocation of pity, terror, and wonder that Mythopoeia strives for, with a restraint and delicacy of touch that creates true enchantment."

The Last Stitch – "The great thing about Kindle and Amazon is that you find these gems that you possibly wouldn't see while perusing the local bookstore or local library. The author has created a world that is beautiful, frightening, very real and very different from our own world."

The Stumpwork Robe – "… a master artist's skill in painting with words. This has been the freshest and most unique reading experience I've had in many a month of Sundays"

A Thousand Glass Flowers – "Prue Batten leads the way with elegant adult historic fantasy. The Eirie Chronicles set the bar for modern fantasy authors wanting to tread the fine line between reality and fantasy. A fairy tale for the twenty-first century."

A Thousand Glass Flowers – "A magnificent evocation of a parallel world whose joys and sorrows are our own. Beautifully done."

Ann Swinfen, author of In Defence of Fantasy