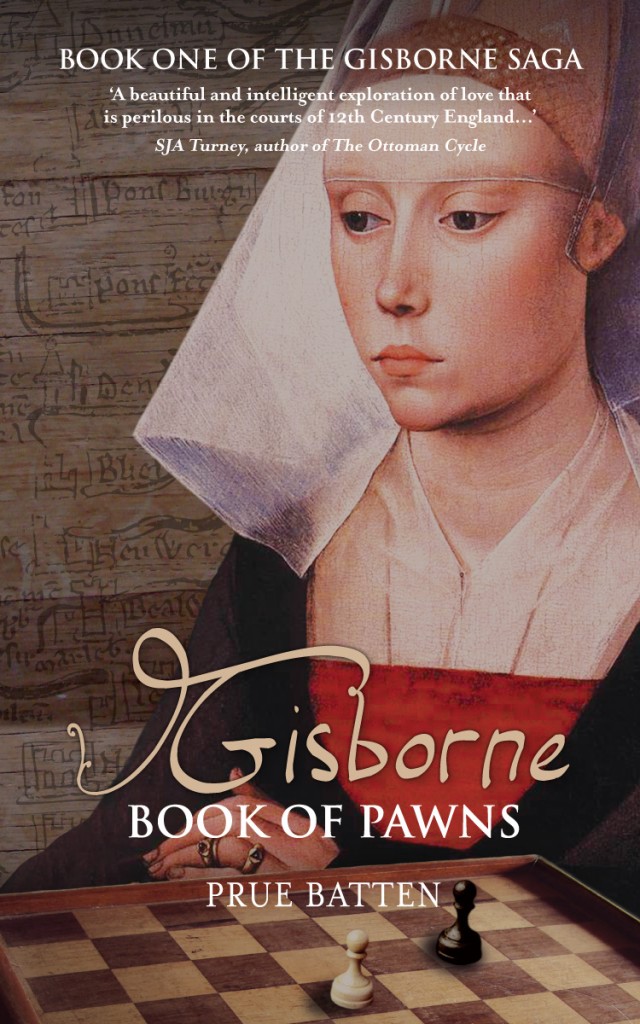 In a story where status means power and survival depends on how the game is played, two people, one a squire wronged in life and one a noblewoman, are drawn together by lust and a lost inheritance in twelfth century England. Guy of Gisborne is a man with secrets, Ysabel of Moncrieff, a naïve and opinionated noblewoman whose world comes tumbling down like the stones of a mighty cathedral on the death of her mother.

Gisborne is ordered to Aquitaine to escort the young woman home to attend to her grieving father and whilst travelling, she discovers Gisborne’s secrets are not just connected with his family but with the throne of England.

Suddenly this overprotected woman is confronted with the fact that history can be shaped unconscionably by those in power and that she and Gisborne could lose their lives.

Gisborne: Book of Pawns – "I am now a fan of Prue Batten and heartily agree with another fan who once told me that she could write a phone book and make it compelling…"