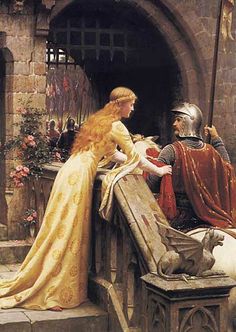 A Woman for All Seasons…

Gisborne: Book of Kings is planned for release a year from the release of its predecessor, Book of Knights, by which time it would be fantastic to be able to say that each of the first two books of The Gisborne Saga had ranked in the Top 100 on Amazon.co.uk for 12 unbroken months! 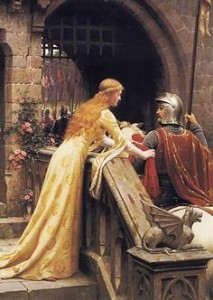 Firstly let me say that I love that readers become frustrated and reactive toward Ysabel. This is Ysabel’s story after all and if readers don’t engage with her, even if they are shouting at her as she leaps from a wall or chases after Gisborne on the Cypriot waterfront, then I have failed.

Secondly, would medieval women have behaved so forwardly?

Think of medieval women of renown – Eleanor of Aquitaine, Helois, Christine de Pisan, Hildegarde von Bingen, Honor Lisle, to pluck just a few names from the air. Women who were forthright in their opinions and actions! 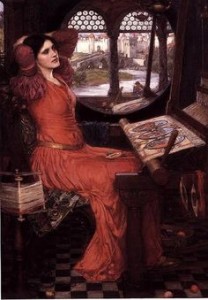 Historically, whilst women may be deemed to have a subservient role in the twelfth century, in fact they were the actual heads of households, keeping an estate running smoothly while their husbands were serving a liege lord. Women like those mentioned above were astute, with a keen grasp of politics and philosophy. They did not take their place within history by being quiet and fitting the norm. 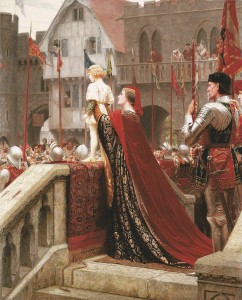 In writing a piece of fiction, a writer surely has fictional licence. How boring would Ysabel have been if I had not made her the exception to the rule. Eleanor was my role model for Ysabel. Eleanor went to the Second Crusade with her first husband, Louis of France. Eleanor connived politically. Eleanor favoured the love courts of Aquitaine. Eleanor was active, vocal, instinctive and breathtaking in her audacity.

Ysabel is equally breathtaking in her foolhardiness, if not quite as successful as Eleanor of Aquitaine. I think the next question a reader might be asking as they wait for the final book in the trilogy, is has Ysabel matured? Has she grown? Who else does she threaten by her ill-guarded actions? 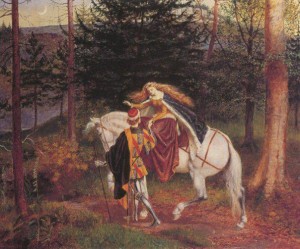 I’ve never been a favour of spoilers and I haven’t changed. So I’ll merely leave you with this…

‘We galloped with bloody swords hanging, one hand on the reins until I yelled to the archer to halt, pulling hard on my horse’s mouth. The animal jerked to a stop, its breath heaving, eyes rolling, skittering in nervous circles.

And of a sudden, I leaned over and vomited, coughing and choking. Guillaume pulled his horse up next to me.

‘There is nothing to apologise for,’ he said. ‘The most seasoned warrior does it. Tell me when you wish to ride on.’

I wiped my mouth, slaking the foul taste with the costrel, then spitting the wine out…’ 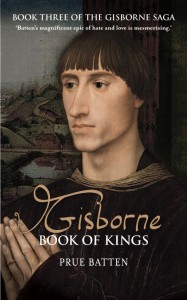