A writer’s glamorous life … or not…

As with most of my fellow writers, I met Ginger Myrick online at a Facebook place called English Historical Fiction Authors. Ginger has a fresh attitude to life and a great sense of humour and it’s a pleasure to host her today. Be sure and have a look at her new book – it’s a ‘run, don’t walk’ purchase! 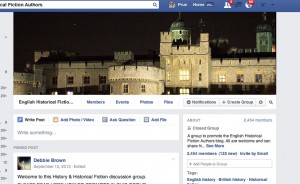 When Prue so generously offered to host me on her website, I asked her what sort of post she had in mind. She encouraged me to write about any “unique stories to tell about the journey to write this book – things that happened during the research, life interfering, funny stories, something that shows Ginger Myrick the writer has a really relaxed side …” As far as my relaxed side, I’m not so sure it exists, but on the subject of life having the capacity to interfere with my writing, that proverbial cup runneth over. 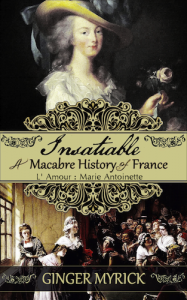 The inspiration for Insatiable, came in the fall of 2013. I was knee-deep in the American Civil War at the time and hadn’t thought to begin my alternate history of Marie Antoinette until February 2014. But as any writer knows, the muse is a fickle beast and can never quite be counted on to keep a schedule. When I realized that she would have her way, I gave up all semblance of indifference and gave in to the urge. For the entire month of January I pounded away on my keyboard, fully immersed in 18th Century France. By the dawn of February, I thought I would set a new personal best, forgetting all about that little thing called life, which would quickly remind me of its ability to throw a wrench into my best laid plans. 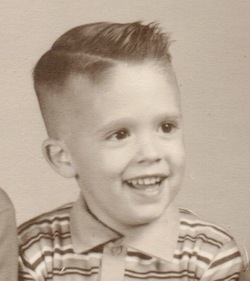 Our youngest child moved out shortly after the New Year (perhaps the reason behind my sudden burst of productivity) and I casually observed to my husband that there was now no reason for us to continue living so far from his workplace. I blame myself for this unwitting blunder. After twenty years, I should know that he cannot do anything in half-measures. To him, anything worth doing must be taken to extremes. In his mind, the mere suggestion meant that the house had to be ready to sell, and we had to be packed NOW, even though there was no prospective residence in the works. He hadn’t even decided on a location before he started urging me (read nagging) to pack. 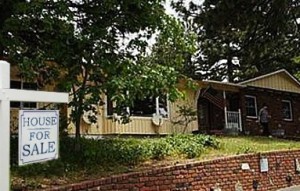 To avoid confusion and bickering, a long time ago we decided that the interior of the house was my domain, and his was the great (or not so great) outdoors—the garage and surrounding property. So while it was imperative for me begin cleaning and sorting the household items—which is my full responsibility regardless of the fact that I generate the least amount of mess—he didn’t lift a finger to go through his own things.

Of course, everyone else’s belongings are inessential, but HIS stuff is all completely necessary to our continued survival, so he never throws anything away. For example, there are five picnic coolers out in HIS garage that have not been used since 2008. I mentioned something about donating them to the second-hand store, and he replied, “I’m going to use them to take my tools when we move.” My jaw dropped to the floor. He has two massive locking tool chests that stand seven feet tall and two 8-foot tall metal cabinets chock-full of ‘necessary’ accoutrements, but he’s going to take the time to remove all of it, pack the stuff into five medium-sized coolers, then put the whole thing back together when we get to our new house? Really? Needless to say, I had no ready reply.

And while I was busily chucking unnecessary items from the house, he could not help but rescue them from the pile. Case in point, a small hand-held vacuum that we have NEVER used in the eleven years we have lived in our current house, exactly why it was in the donation pile in the first place. I absolutely knew it wouldn’t make it to its destination. Sure enough, when he returned from his run to the dump, he came walking up the steps trying to hide said item under his arm. He felt he had to hide it because he maintains that I am a hoarder, yet every time he comes back from the dump, he has rescued one more piece of junk that we don’t need, not only our own wayward items but other people’s cast-offs, as well. Last time it was a hideous prefab desk, which is now sitting amongst the clutter in his garage with loads more ‘necessities’ on top.

Add the aforementioned insanity to the house hunting and ensuing negotiations, listing and packing our current residence, an epidural for hubby’s back pain (which did not take, because he refuses to follow the doctor’s aftercare orders) his erratic work schedule, my eldest son’s car breaking down, my website threatening to explode, and umpteen other little emergencies along the way, and the book I had thought to blaze through in four months looked like it would never be finished … sigh … I apologize for my rant, because nobody wants to read about such mundane tribulations. People want a fantasy to whisk them away to another world and give them an escape from the everyday, exactly the type of home life I’ve just described. It’s why I write in the first place. 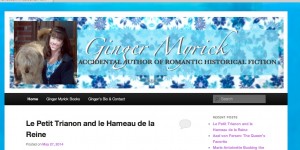 So, although my marriage is often the model for the interaction between my main characters, I reserve the right to pick and choose which of hubby’s qualities to extol and which to suppress. I mean, no one wants to read about how Marie Antoinette murdered her precious Axel in his sleep, because he insisted upon commissioning new swords, resulting in the old ones piling up in an unsightly clutter at le Petit Trianon because he refused to get rid of them … or do they? Hmm … maybe I’m onto something here …

Despite the aggravation, my husband is still among the living, and INSATIABLE: A MACABRE HISTORY OF FRANCE ~ L’AMOUR: MARIE ANTOINETTE did indeed get finished, not in record time but in a timely manner. The eBook editions of INSATIABLE (Kindle and Nook) are currently on sale for an introductory price and are available at:

Connect with Ginger at:

« A Woman for All Seasons…
Winter walk… »