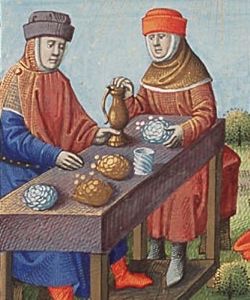 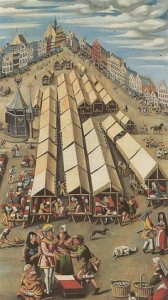 The pathway I mention is Trade. With a capital ‘T’.

And of course the timeframe is the mid-1190’s as the world heads rapidly toward the thirteenth century and the Fourth Crusade.

I hadn’t intended this trilogy to be about trade at all, but I noticed as I researched the twelfth century and in particular as I researched what might be Tobias’ story, aspects of trade began to resonate. 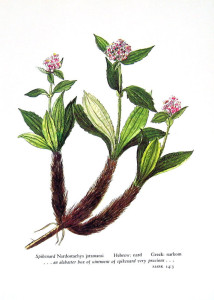 At first it was names like spikenard, frankincense, cinnamon and nutmeg, silk, velvet (And yes, I have been right down the path of ‘but velvets didn’t exist in the twelfth century in Europe’. In fact they were being traded.), wines and oils, kermes and murex snails and alum and so many more. 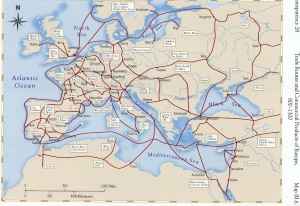 Then it was maps, and in particular trading routes through the Middle Sea, through the Adriatic and upward toward the Black sea. Then it was places – Venice, Lyon, Cyprus, Crete, and finally that city of fantasy as much as reality… 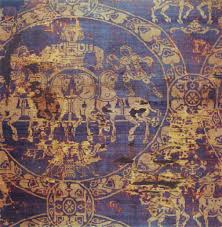 When I read about the Byzantine control of Tyrian purple, I just knew that the foundations of Tobias’ story had been laid, even better that he must sail the seas to find it and eventually end up in Constantinople.

That then created the foundation for Guillaume’s story – a Lyonnais merchant house trading in cloth from the east is in trouble. 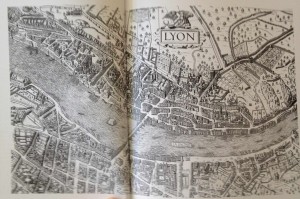 In addition, as I researched Lyon in that period, I discovered the history of Pierre Vaudès, the great independent theological thinker of the time, and the fact that he had the Bible copied into plain language and with a more egalitarian slant to the Gospels. Thus the foundation of Book Two was well and truly laid down.

Guillaume of Anjou, formerly an archer fighting with other Angevins in the Third Crusade, is now the business manager and guardsman for a successful merchant house. In his new position, he unwittingly steps into and out of the shadowed world of trade and secrets in Lyon. 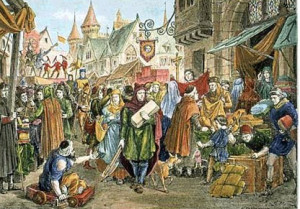 But of course, any book is only as good as the characters that inhabit the story. Tobias was troubled, but he was also kind, creative and courageous. Guillaume is deep, and has a dark backstory that chased him into the Third Crusade and may well chase him to the end of this novel.

I like stories filled with revenge and that portray the weaknesses and strengths of the human psyche. Trade is so venal, so cut-throat and so I expect Book Three to have the same characteristics as Books One and Two – trouble, self-doubt and murder.

But more than anything, I realise now that Book Three will have its foundation laid in trade. It must be so. It just remains to be seen which character I portray within that framework.

One thing is for sure – it will be a character that my readers have met before and one who has resonated deeply with them.