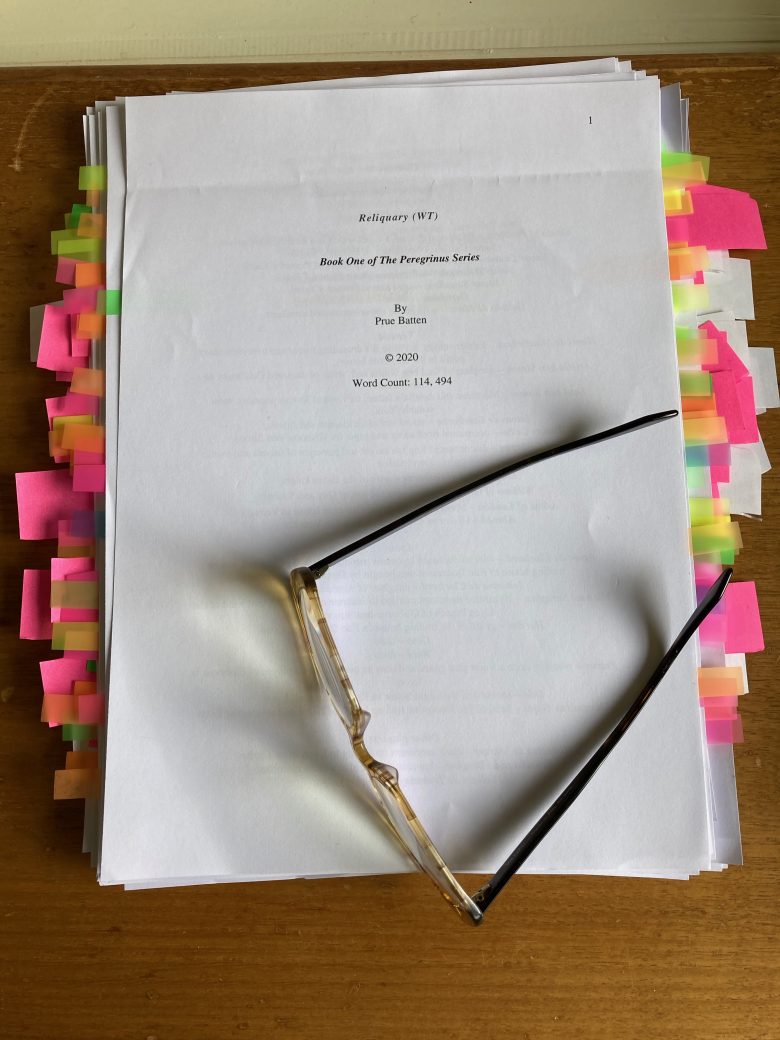 And so, after a mammoth amount of time, I’ve finally finished writing my fourteenth book – Reliquary. 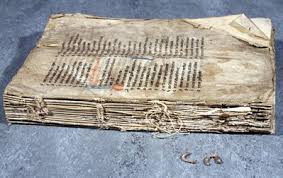 Seven of the those are historical fictions, a genre which is my first love.

Four of the remainder are fantasy – my second love.

And the final two are contemporary – one a fiction, one a contemplation.

But back to historical fiction.

Unlike many other hist.fict writers, I haven’t taken an historical personage or a particular event about which to write. Instead, I’ve just taken a timeframe – the twelfth century. The 1190’s to be more particular.

At the time of this latest novel, Phillip Capet and Richard Lionheart are at each other’s throats in a drawn-out war in France. The spring of 1196 AD was the wettest in medieval exoerience and hostilities between the two monarchs were halted while they waited for floods to subside.

Of interest to me is the fact that the Rhône Valley was heavily flooded. It is said that only prayers and the giving of many alms turned the weather in the monarchs’ favour.

But whatever the case, I had no wish to write about kings and wars. I had a wish to write about relics because when all is said and done, even kings bowed down at the foot of relics. And my relic was travelling along the Rhône river to Lyon and thence to a small priory in the village of Esteil.

Why the twelfth century, you may ask?

In its own way, the twelfth century was its own kind of Renaissance and Reformation. The amount of knowledge, questioning, travel, art, commercial enterprise and development – it was so broad. Exciting, in my opinion. Thus, I’ve written about a trading house and how the business they conduct crosses theological and geopolitical boundaries.

The first story in the series is finished. Or at least the draft that I like best.

I printed the story off and sat with a red pen, a highlighter and a whole lot of coloured sticky flags for a week of intense reading… 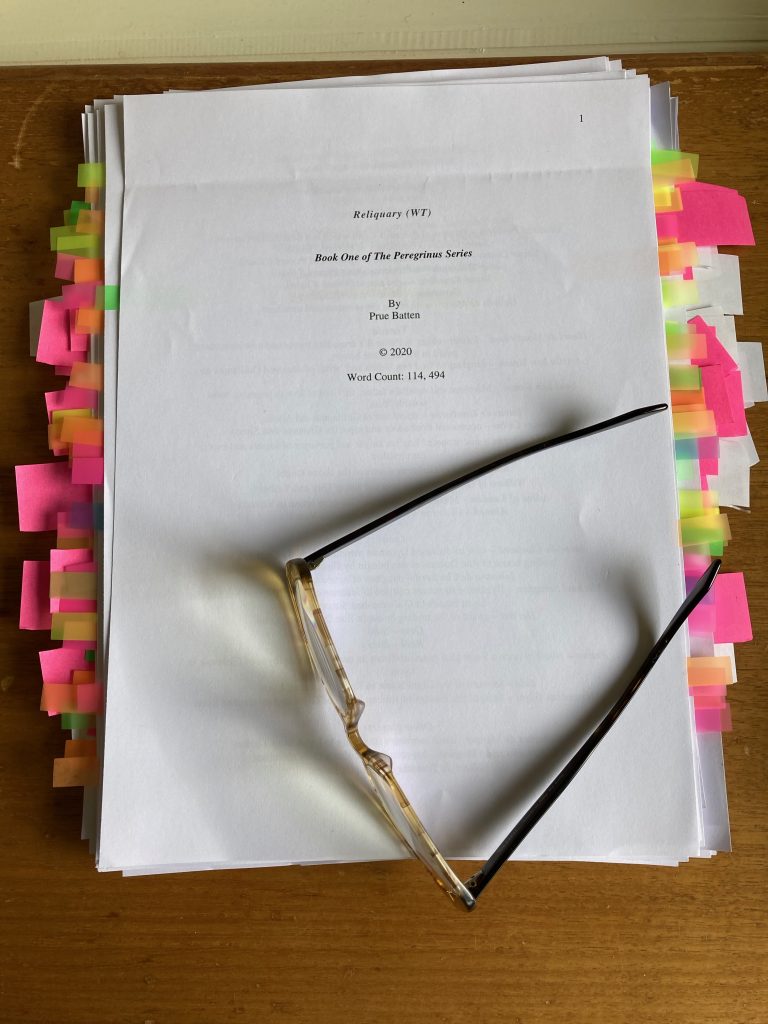 It looks messy, doesn’t it?

Bear in mind the first 50,000 words have already been professionally edited. It’s something I do to make sure I have a story before continuing on.

So this read-through is now to dot i’s and cross t’s, before I send the whole manuscript back to my editor. He will then strip it back and help me rebuild it if it needs it.

All those little flags on the side of the pages mean things like a full-stop or a quotation mark is missing, that facts need re-checking… 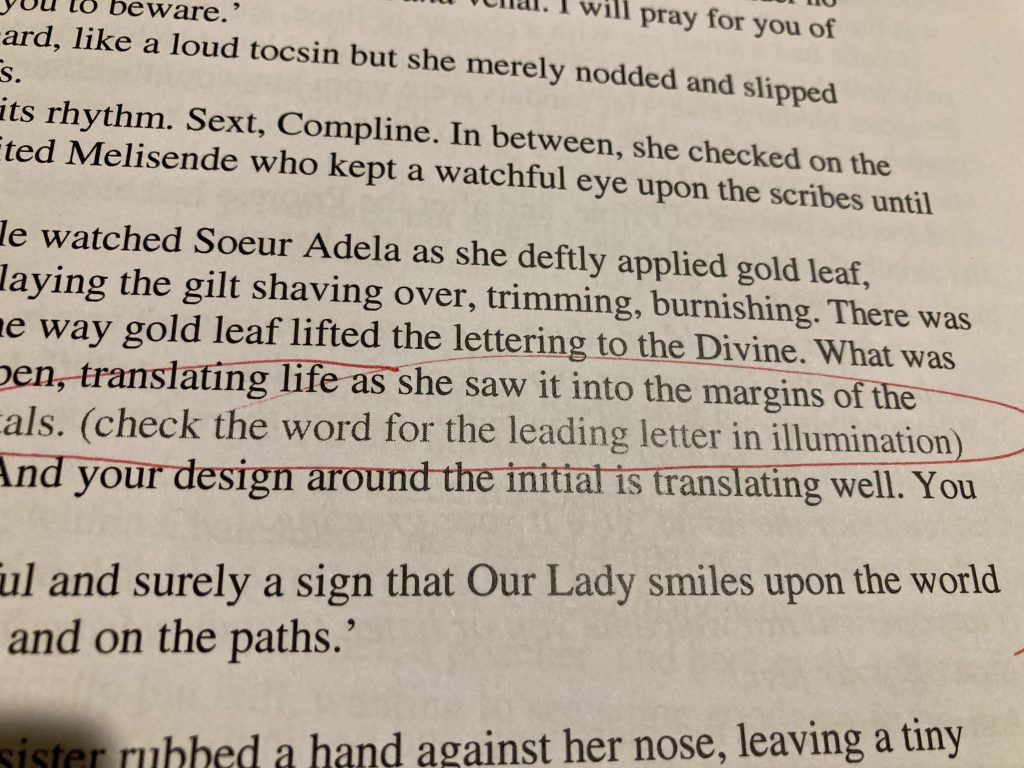 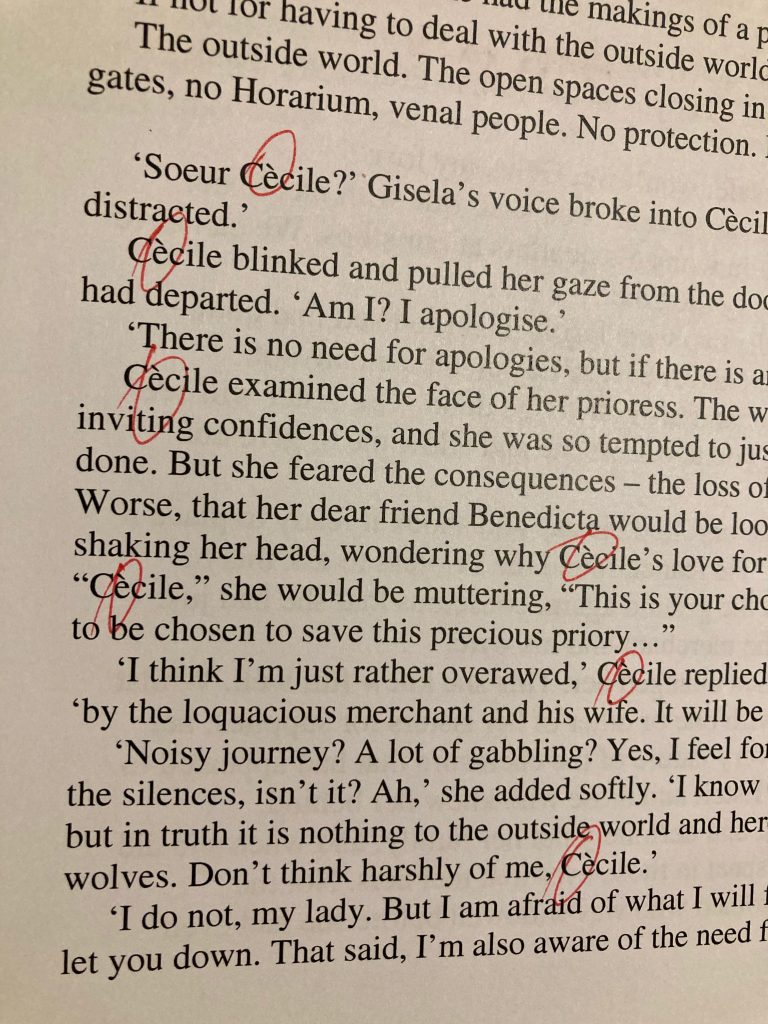 Hopefully, in a couple of days, my manuscript will be clean, sweet-smelling and ready to be formatted for presentation.

And when it returns to me from my editor and when I’ve done the requisite work, then it will be ready for all the steps required for publication.

I also have a story nibbling away on a line I have baited and thrown out. My hope is that I’ll hook Book Two of The Peregrinus Series cleanly. Still in the twelfth century, still within the house of Gisborne ben Simon, so that characters we’ve all grown to admire will be waiting to renew acquaintances.

I look forward to seeing how it all eventuates.