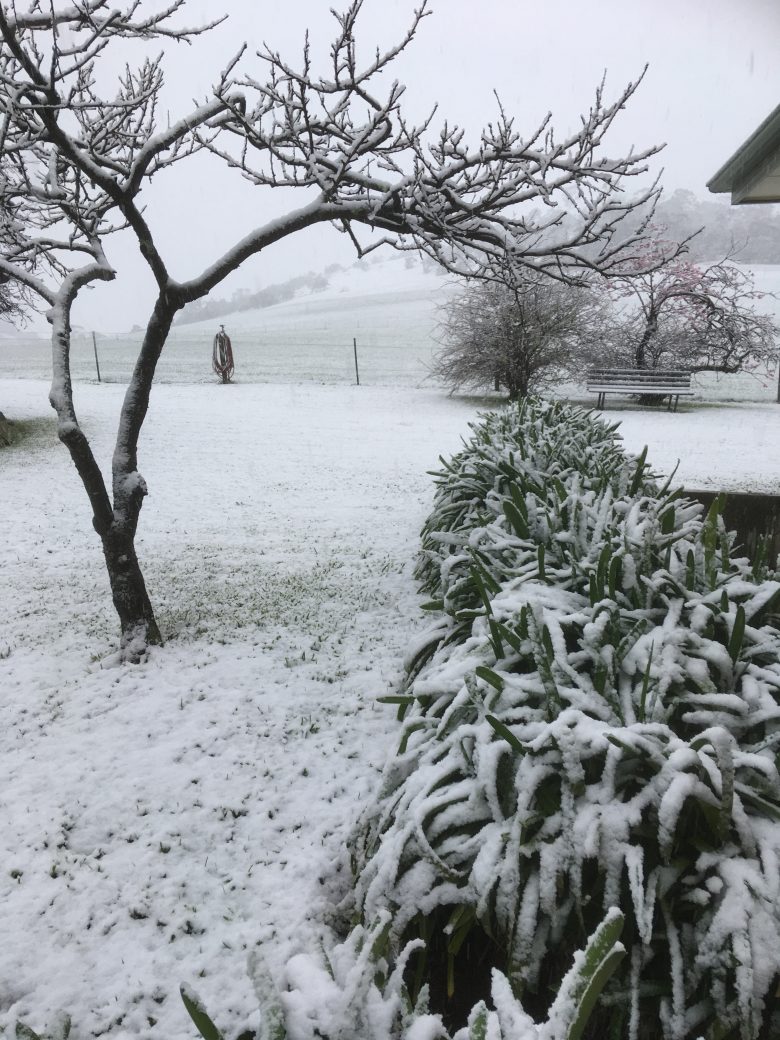 Six after snow and sleet! 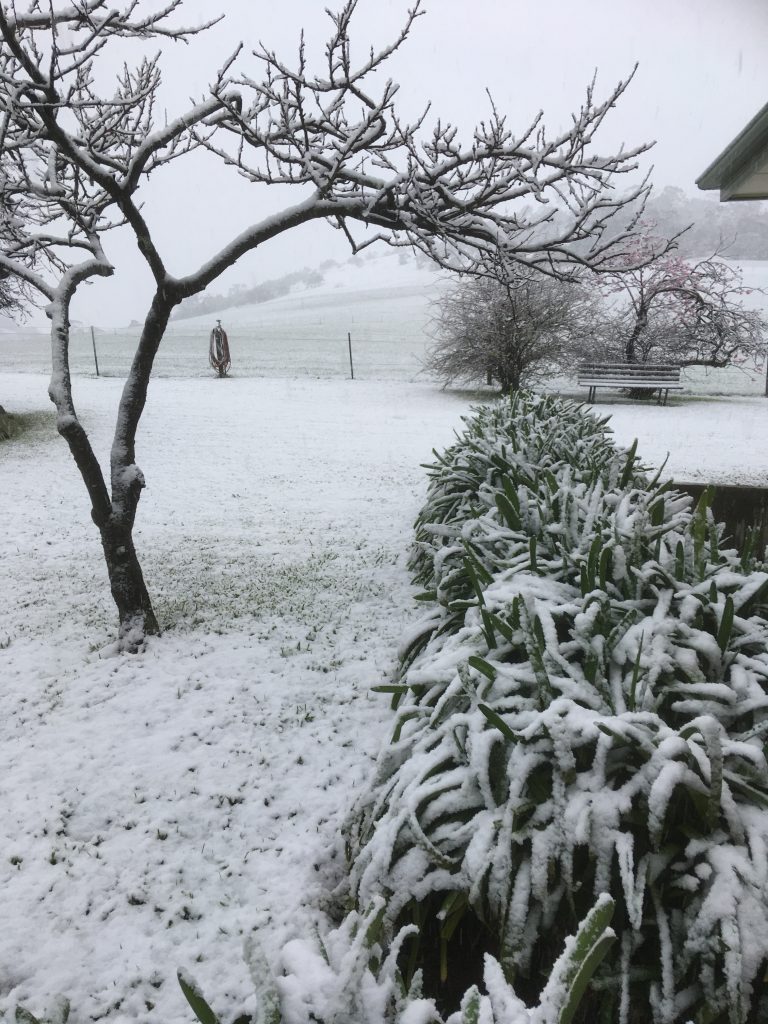 …and rain, and with a much needed return from the city to our big garden late yesterday, I haven’t had the time or the stronger footwear to brave the soggy lawns (no paths) and see what has emerged or succumbed in the three weeks since we’ve been here. So my six this week are mostly city Matchbox pics and there are more than six pics but I’m so overcome with the weather extremes that I hope Mr.P can forgive the lapse. 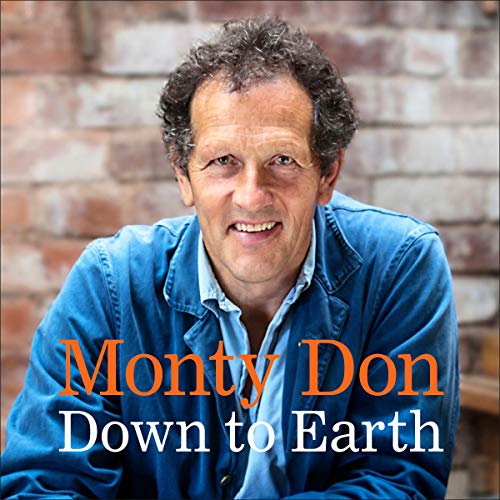 For inspiration, this week, I’ve been listening to Monty Don’s Down to Earth audiobook in the car. He has such a beautiful voice and manner, and his information is always rock solid – I love how he tells it like it is and that he takes no prisoners.

One item of information I gleaned from him was the need for seating here and there in one’s garden, and with that in mind, we retrieved two old wooden seats from storage… 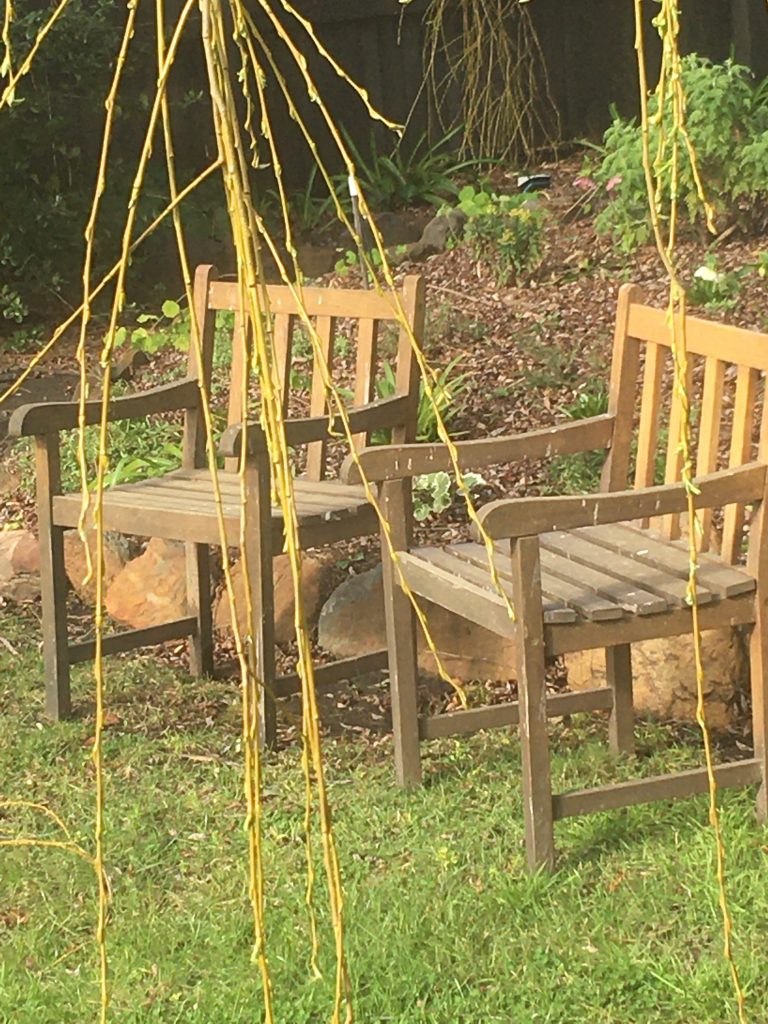 …and are now looking for a likely place for them in the big garden. I already have a seat under the silver birch, seats on the very sunny glassed-in and roofed patio and two wooden sun-lounges on wheels (currently in hibernation in the shed) which are moved wherever in the summer. Thus my inclination is to put the newly retrieved seats up in the orchard somewhere, maybe under the adolescents almond trees s or the old apricot tree. We’ll see.

But to the city Matchbox for the rest of my six: 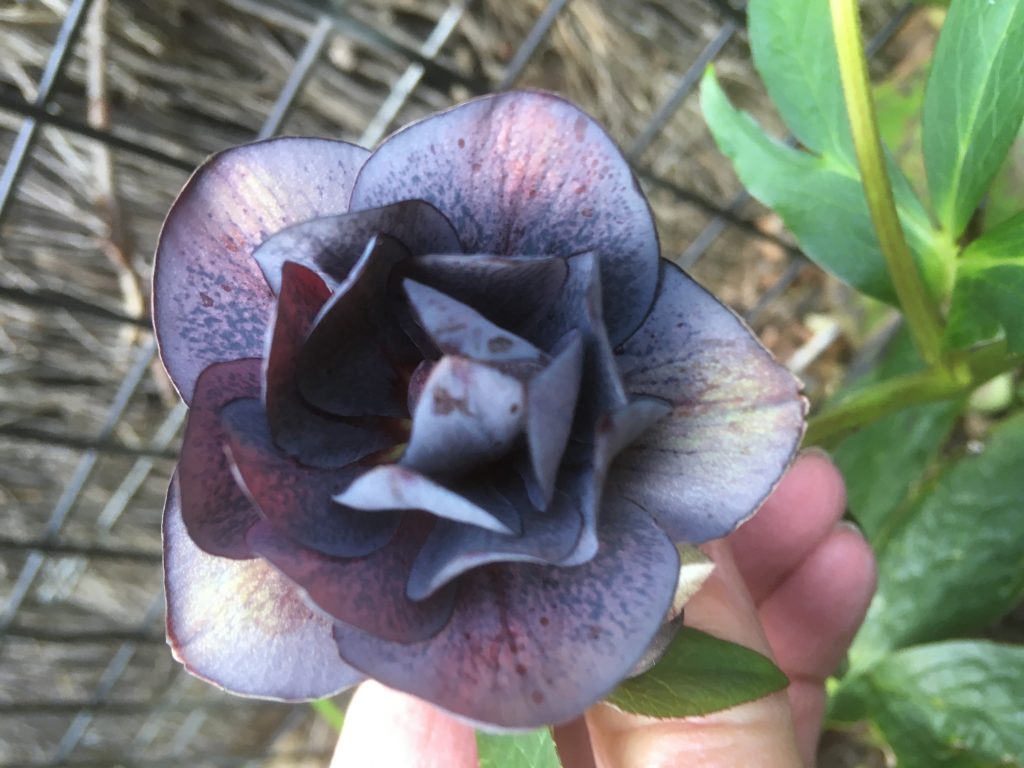 It’s all hellebores, beginning with Slate Grey which I find almost translucent. I love it. 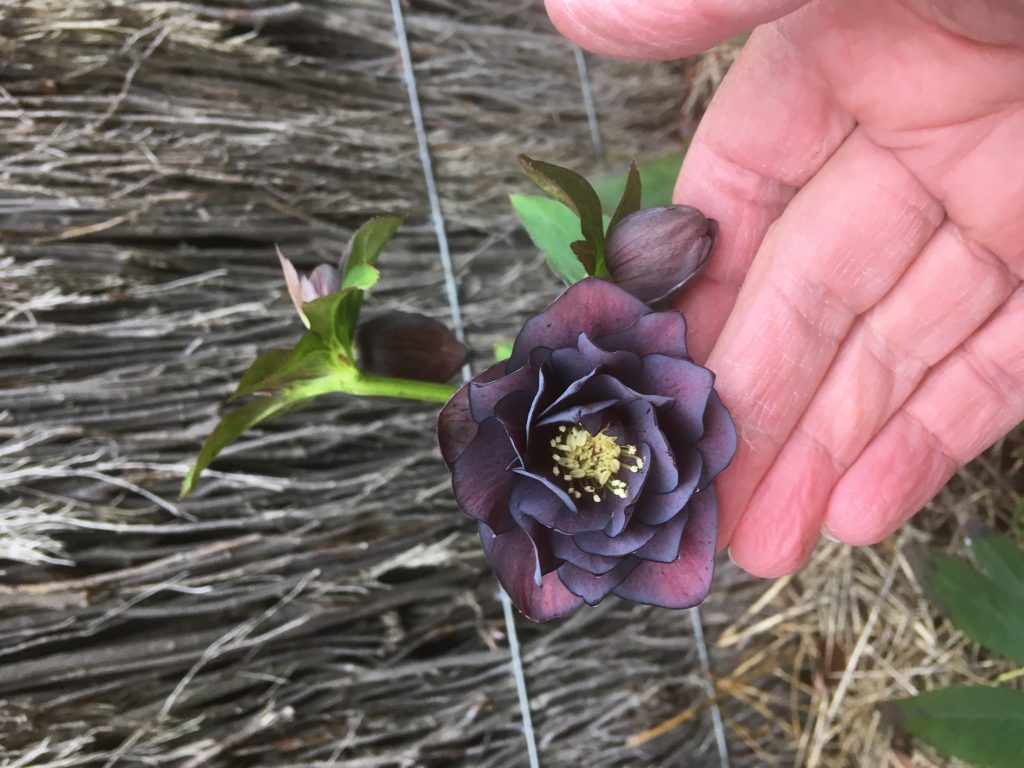 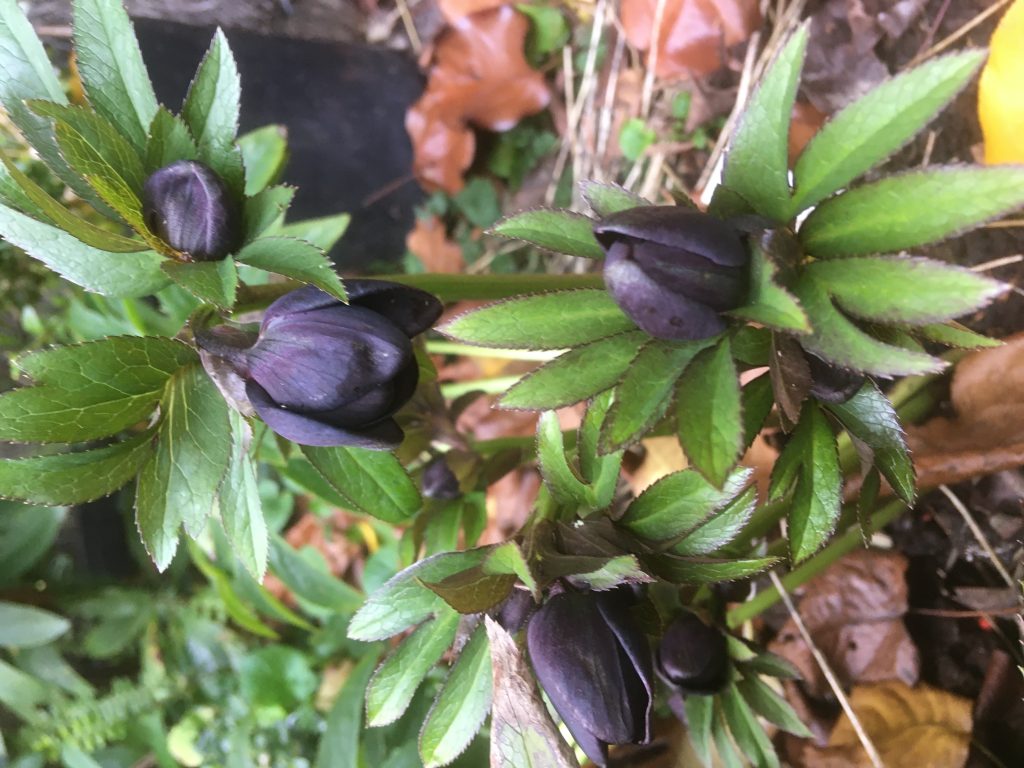 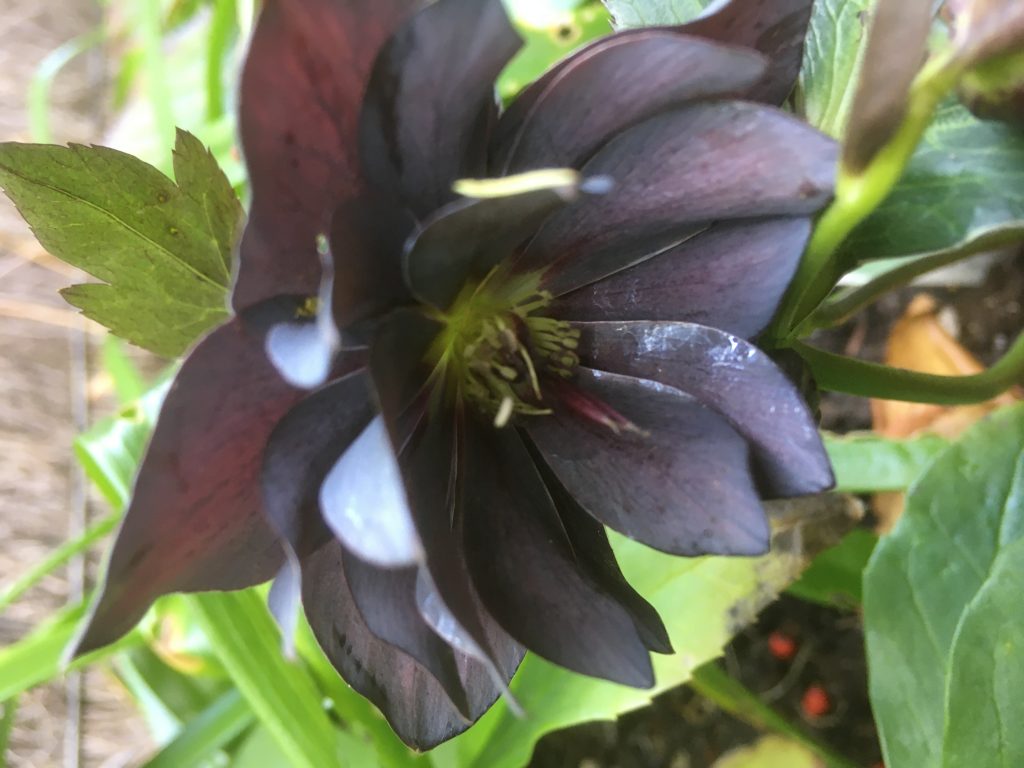 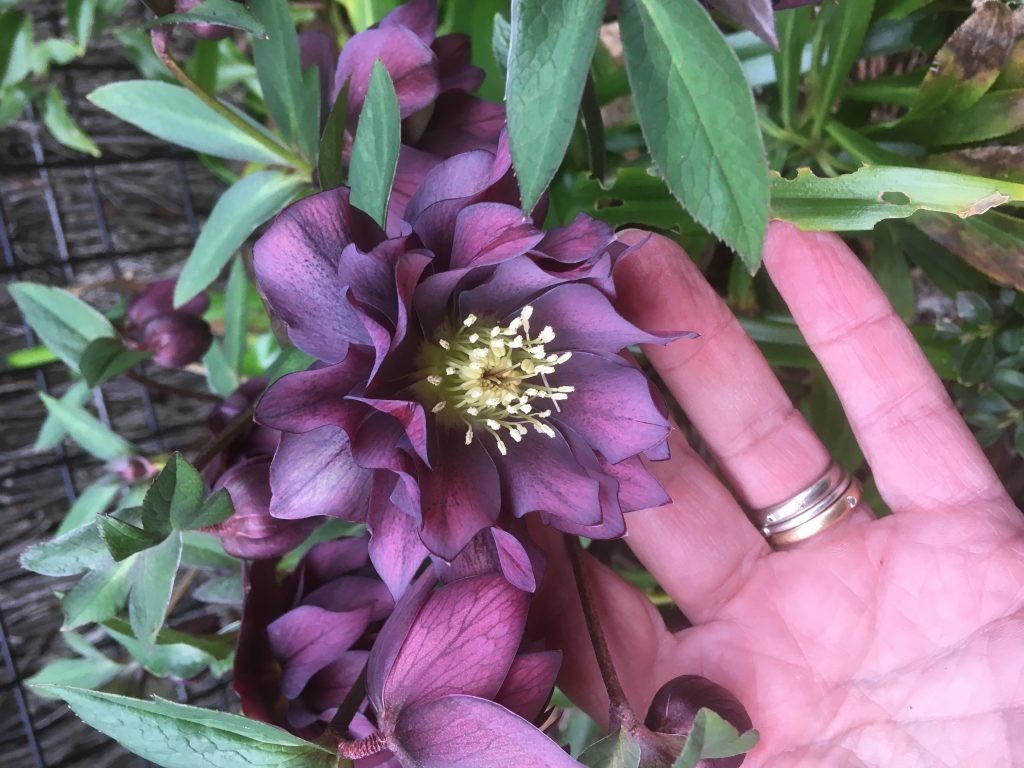 The …rest are versions of blacks/magenta which are the foils between the various double, triple and single whites. 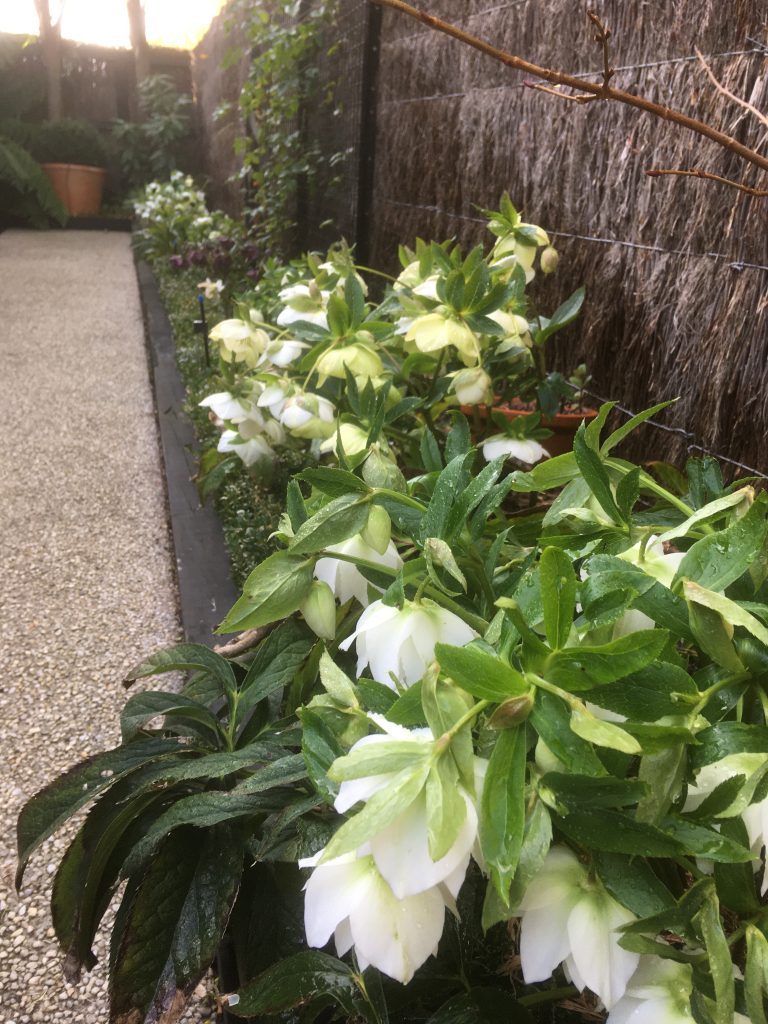 This last pic is of the hellebore border. Bearing in mind that the little Matchbox is a garden that has to survive untended for often weeks at a time, it’s very simple, with runs of the same species. The hellebores have proven themselves so reliable over the last 5 years and I do love the various cultivars.

That’s it from me, but as always, hop off to Mr.P for a tour of the best that the world’s amateur gardeners can offer, along with lots of handy advice.

Cheers till next time.