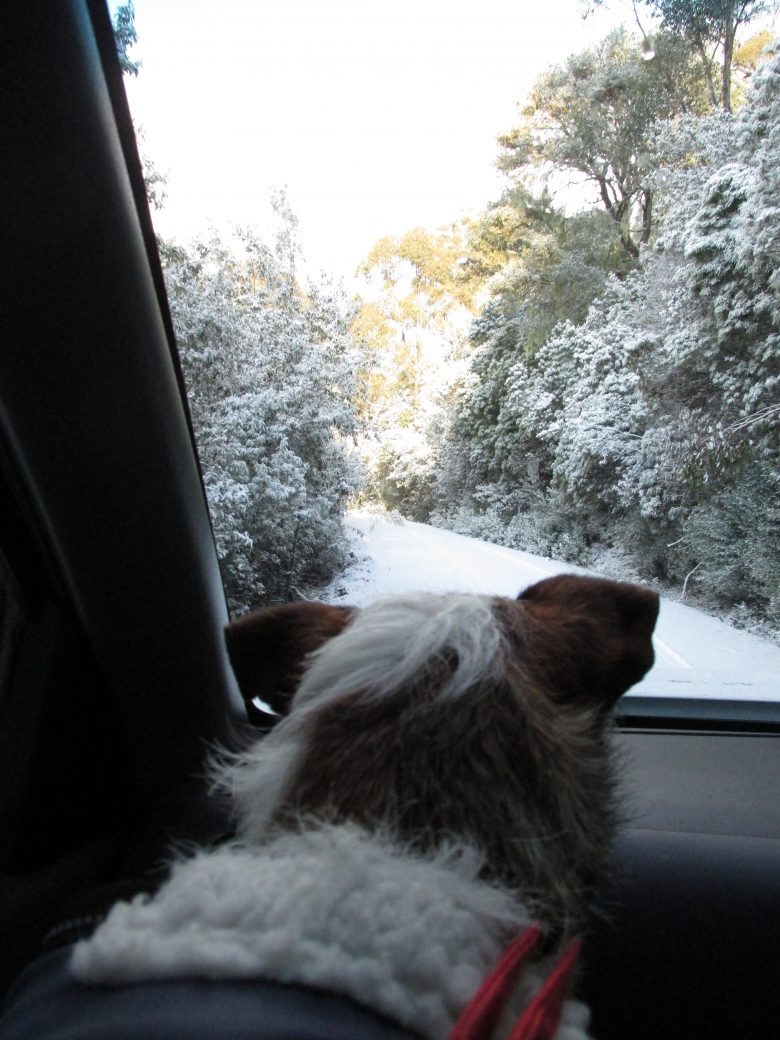 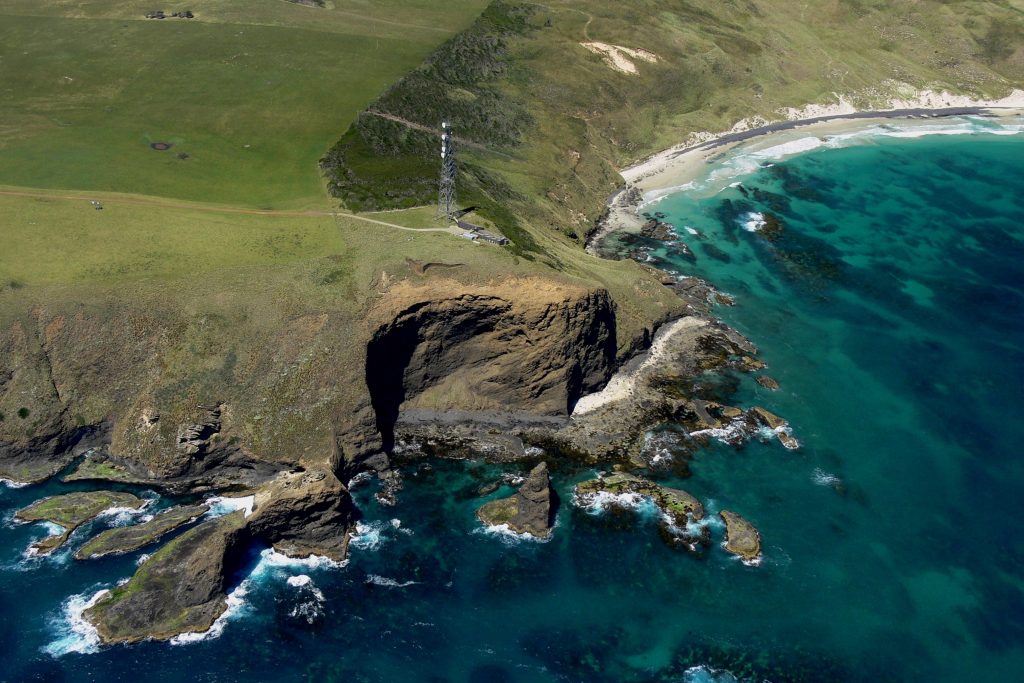 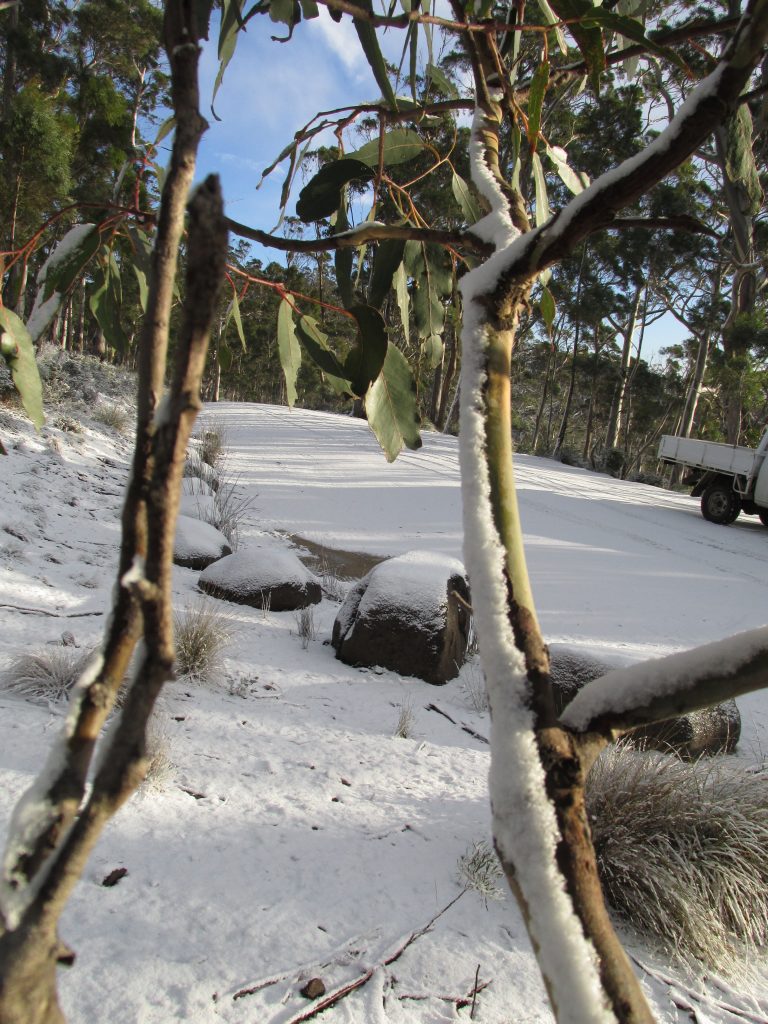 The last one I remember was five years ago, when the snow not only blanketed the farm… 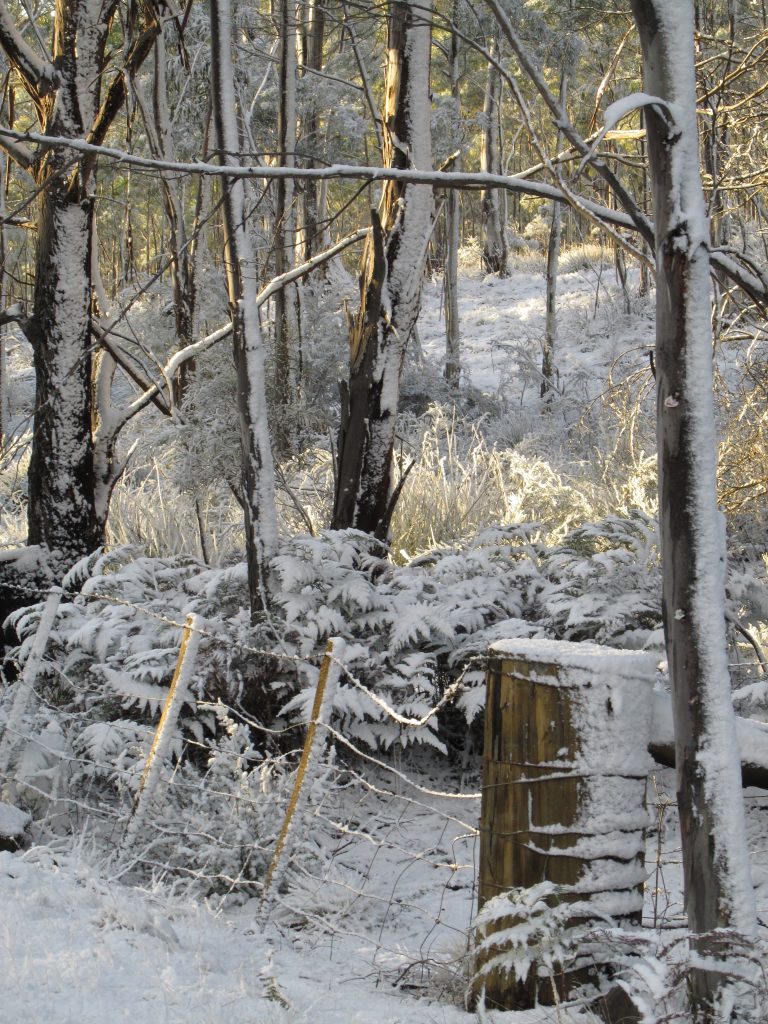 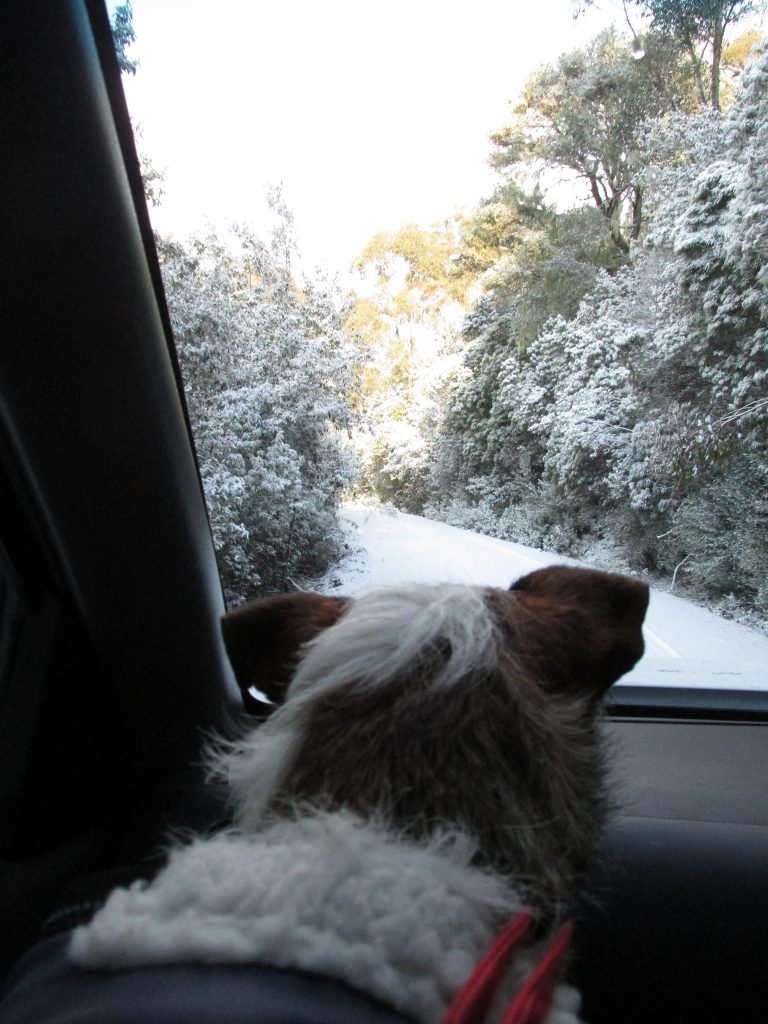 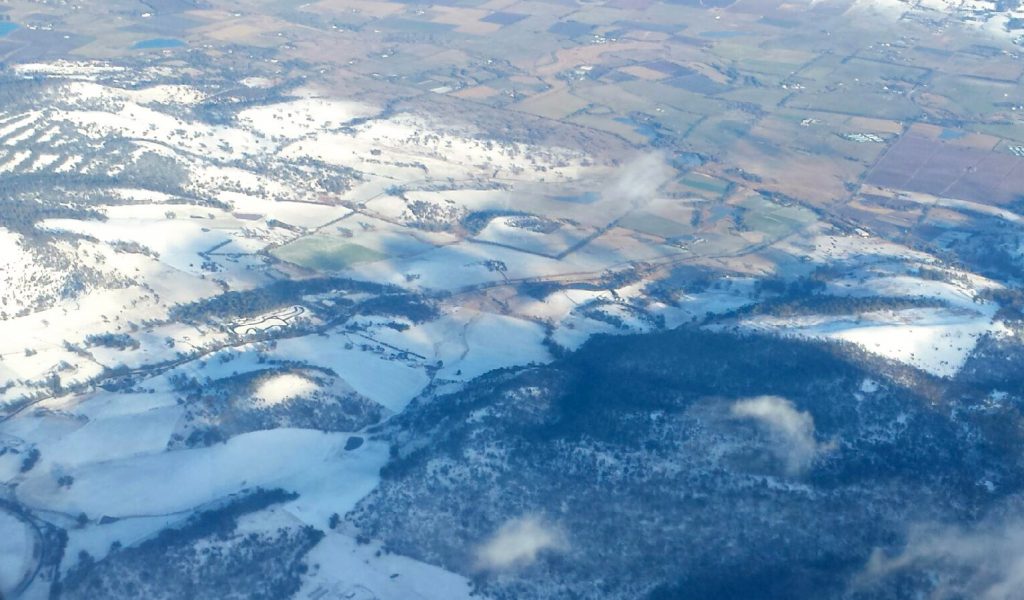 …but also the hills on the coast… 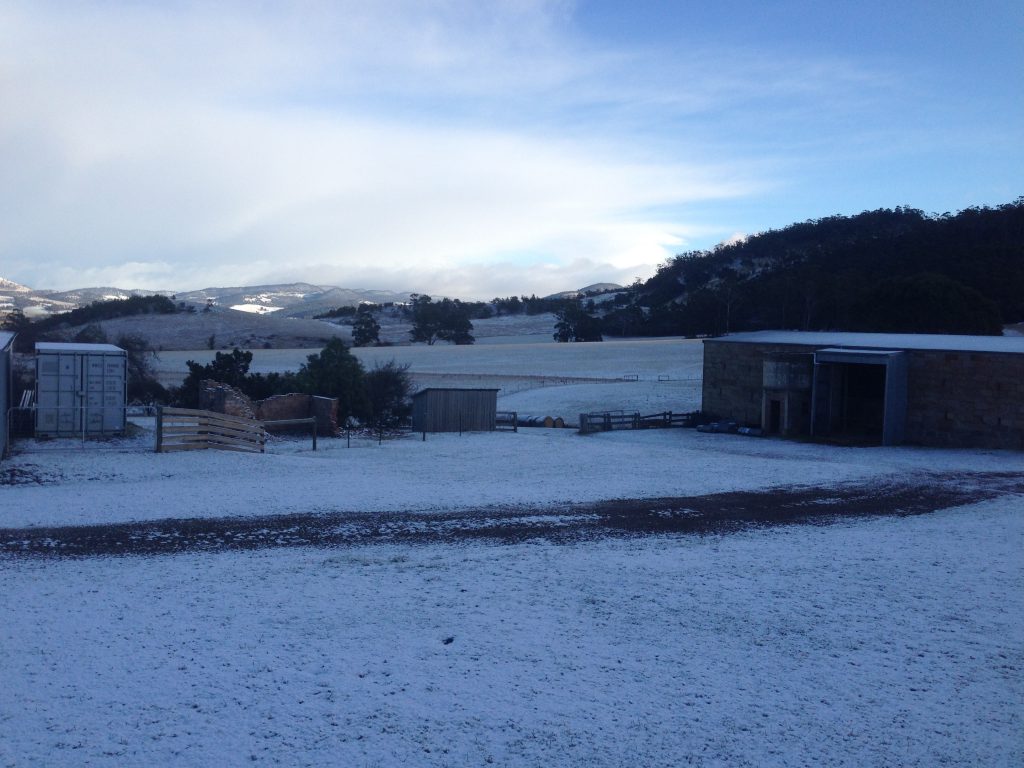 …and husband, self and dog were the first ones to breach the virgin pathways when it happened.

At no point in the past few days, have I written a word of Reliquary.

Not because I don’t want to, but because I’ve reached a crucial point in the latest chapter where I need information on the medieval birth process. I’ve just received scientific facts from a very close specialist friend and I suspect I’m dealing with the death of a character – not an ideal situation. Thus I need a miracle, a religious miracle. Which would fit the story brilliantly seeing as the prime motivation within the narrative is the transportation of a sacred relic. Or perhaps I’ll rewrite the chapter to introduce a slightly less fatal condition.

Mind you, all childbirth pre-modern medicine was a risk, often fatal. So we shall have to see.

in amongst fictional obstetrics, tree planting and making cakes, I’ve nursed my damaged Achilles, tended to the opposite sore knee and ankle and gone back, strapped to the gunwhales, to ballet class online with the Australian Ballet as I’m sick of the loss of flexibility and balance. Interestingly, it also stretches the little grey cells as well as the tendons and ligaments, so it’s a win-win.

Anyway, I leave you with just a paragraph of Reliquary as it waits in the wings for the next scene change.

Henri swore as the would-be father of the moment hammered back along to the road to re-join them, costrels banging against his mount’s neck, the pale face of earlier now patterned with two hectic red dots upon his cheeks.

Before Henri could open his mouth, Sister Cécile leaned around Henri’s back. ‘Messire, she is dozing and doing well, do not be alarmed. Alais is caring for her.’

Henri revised his view of the nun again. Despite her pepperish attitude toward he and Ariella, there was no denying she cared for the merchant and his wife. Her hands held onto his gambeson and for one brief moment, he could imagine Tobias’ eyes lighting up and some humorous lyrics about old nuns and young knights filling the air.

But by the Saints, this was not a humorous moment.

Gervasius almost wept, poor man, and despite the obvious loss that would no doubt occur, Henri almost envied him the love he held for his wife. And despite himself, Henri muttered a small prayer to Saint Margaret of Antioch for Gelis.

‘Madame, madame,’ Gervasius asked of Alais, his voice trembling, ‘Why is she so lifeless? Should she not be awake and helping our child along the way?’

‘Messire,’ Ariella said as she took the costrels from him and stowed them beside Lucas who slept. ‘She sleeps between the pains. It is quite normal. Mothers get very tired, you know…’

Henri felt pride in Ariella’s calm demeanour; it could not have been easy. As many doubts as ran through his head must be running through hers. She was no physician and had only birthed one child herself and by all accounts, that was as swift as a running stream; like some kind of earth mother born to rear babes.

‘But the baby. Will it not die if it stays within for too long?’ Gervasius twisted the leather reins upon themselves.

‘Messire, some women take a day or more to give birth. We should be glad that Gelis sleeps because she conserves her energy.’

‘Should we?’ muttered the nun behind Henri. Henri turned to look back at Ariella who flicked her eyes at Gervasius. Send him on another errand, she seemed to be saying. 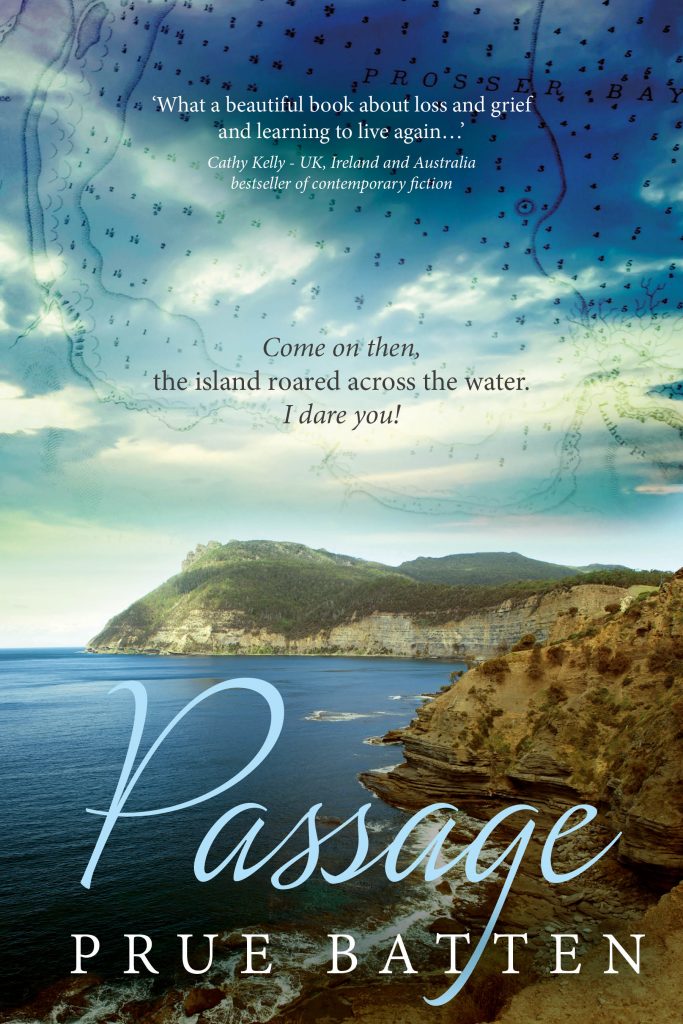 I forgot to mention that Passage, my foray into contemporary fiction, the story about one woman’s journey to the other side of grief, has moved into the Finalist stage of the Chanticleer Somerset Awards. 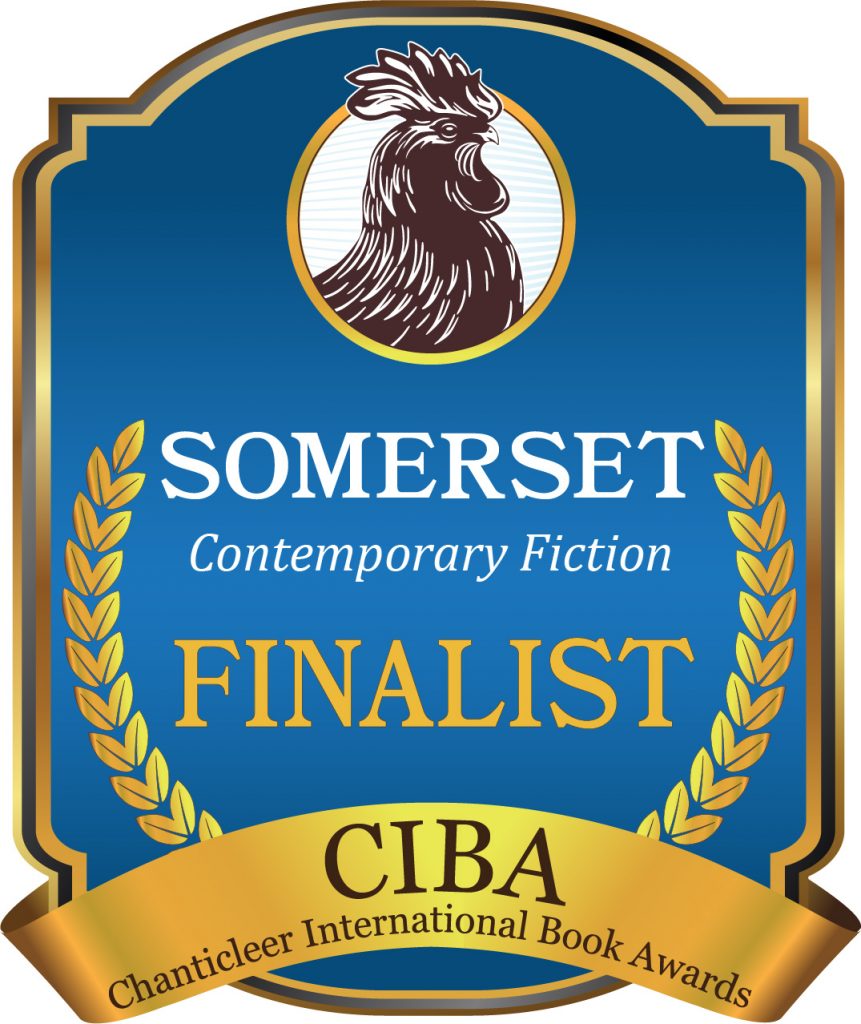 Truly, this is amazing for me.

I thought I was lucky receiving such a wonderful review from Cathy Kelly, world-famous contemporary fiction writer, but this little novel which has  been difficult to place within my brand has found a niche where the spotlight can shine on it. I will know whether it is a grand-finalist by early September. 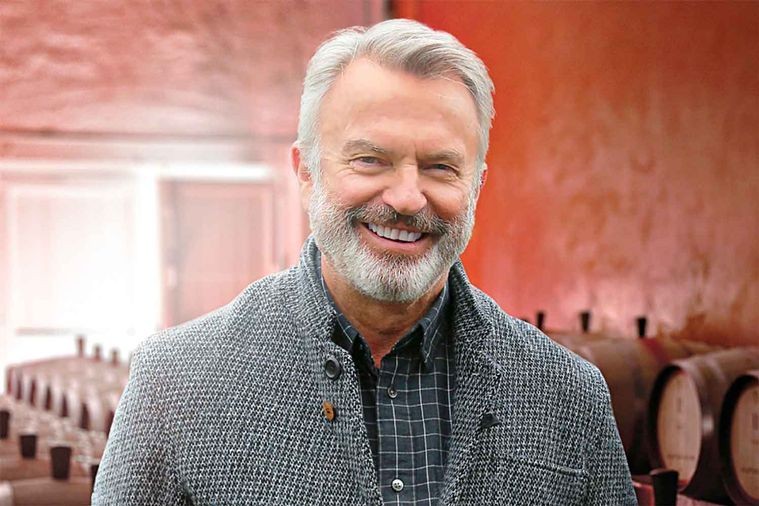 All that remains is to persuade wonderful Sam Neill to option the movie and take the starring role, as Sam inspired the lead male character, Alex Tremayne.

Ah, if wishes were horses.