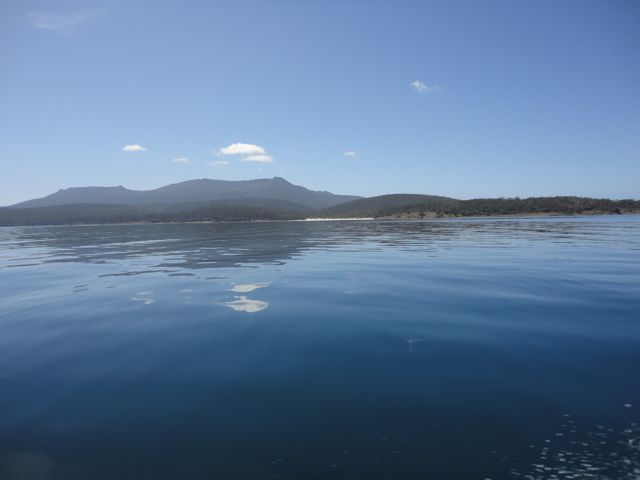 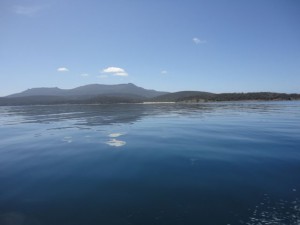 My dear friend has now passed away, but I have never ever forgotten that moment on Long Point.

So, where else in the world indeed?

Probably hundreds of places. Certainly my friends across the globe all have their favourite beauty spots. It’d be ingenuous to think Mercury Passage, the east coast and Maria Island are the best in the world.

They are pretty damned good and have been a part of my life and my family’s life for a long time.

My family and my adult children have been connected with this district through my mother and grandfather for ninety years. 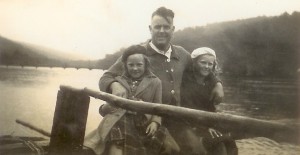 My grandfather decided that Orford was the place he wanted to fish from and where he wanted his three daughters to escape to during a polio epidemic in Hobart. My grandmother wanted to live at Orford where she felt she could try and heal from ovarian cancer. She had a house by the river, chooks, veggie and flower gardens and her best friend was Ina May Crooks whose husband, Bill, was the publican at Buckland. 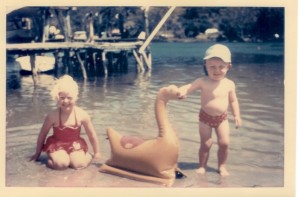 We kids grew up in Nanny’s and Pa’s house, our holidays were the stuff of Swallows and Amazons where Pa would take us out on the water and we’d fish, we’d swim and sometimes we’d just float around in a dinghy.

Pa loved Triabunna. Originally he was a carpenter by trade and had an innate love of Tasmanian timbers and he reckoned the best boat builders in the state were in Triabunna. He worked alongside said builders in the town to create two magnificent boats over the years. 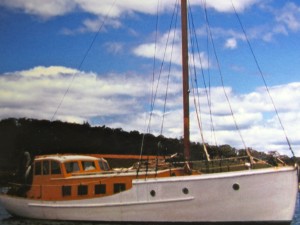 One, Wanderer II, was the love of my life. 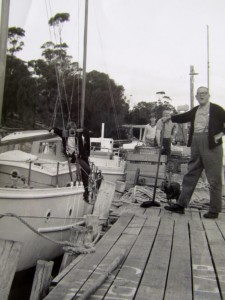 He kept his boat at Parker’s jetty and he loved and respected the family greatly. Mostly, he spent more time in Triabunna than Orford. His favourite drinking hole (other than Buckland where he would always stop to have a drink with Bill), was the Spring Bay Hotel.

If we were in his car and he decided to have a drink at the pub, we’d wait outside and he’d send out red cordial mixed with lemonade. In those days, it was a treat to end all treats. 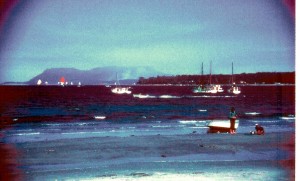 Pa was one of the organisers of the first Progress Association in Orford and which ran regattas to raise money for the district. Ultimately the Front Beach at Orford was named after him.

Between he and Nanny, they instilled in us all a love of the east coast that is so strong, I wonder if we were fed it ‘in utero’. My whole clan feels the same. We share memories and no matter where we might be living, this place draws us back like a magnet. 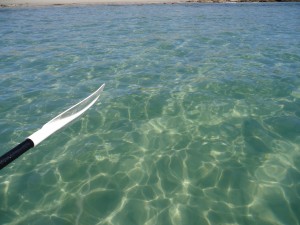 Is it any wonder we want to see it’s fine marine and land-based heritage protected? Take heritage to mean anything you like – water quality, coastal amenity, aboriginal and colonial history, quality wild fish. All of that.

People have asked why I would stop writing my latest novel to become involved in a protest group against intensive fish farming in the sea. My answer is two fold.

Firstly, to clear things up, I am not against fish-farming. I just want fish-farming to be world’s best practice, and ocean-based pens are not, in my personal opinion. There are closed-loop systems overseas that are working admirably, providing communities with employment and protecting the marine and wild-fish environments. It’s not a new science. It’s been tried successfully. But perhaps fish farm companies in Tasmania want to take their profits and run free, rather than working extensively to improve the system and the product. 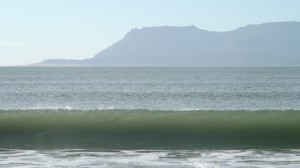 Sometimes, governments have to stand back and look at what they hold in the palms of their hands. They can look at a short-term vision of jobs and money and destroy a centuries long natural or cultural heritage.

Or they can look at the long-term.

So much of the world’s perfection is being destroyed for short-term gain. All I ask for is that someone with vision will step forward and say that this… 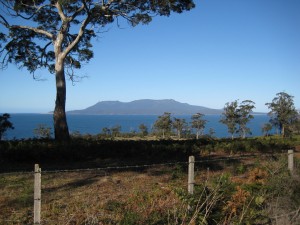 … is worth caring for.