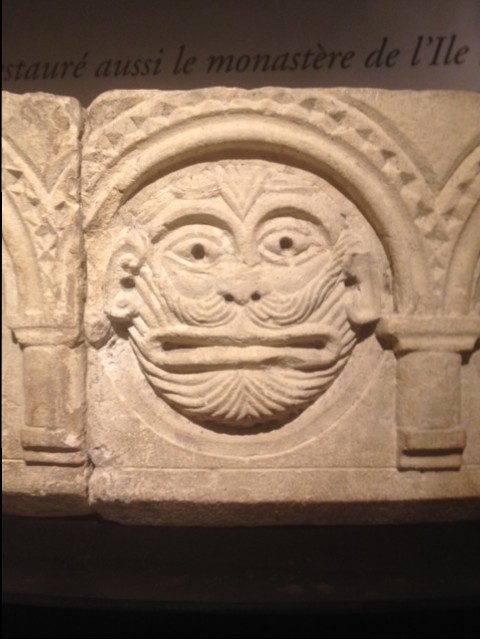 Or more specifically, the rough road of research.

What an adventure my journey with Guillaume has been to this date!

Especially with the twelfth century history of Lyon, France… 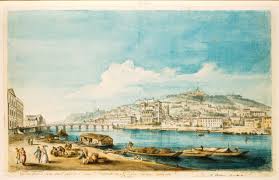 As one researches one’s story, one finds new pathways (ie plot threads) that one can follow. Sometimes, like finding the traboules in Lyon, it can be something truly special. But sometimes, especially when one has researched the ins and outs of an historical figure, it can lead one up a blind alley. Worse, at the end of the blind alley there is a brick wall which one simply must hit one’s head against. 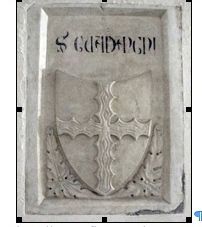 In the research on Lyon, mention was made of the Gadagne family, also know as the Guadagni family. They were merchants from Florence who set up house in Lyon. The initial research listed them as being resident in Lyon in 1190’s.

This family can directly link to a vein of Tobias’ story which will tie Book One and Book Two of The Triptych Chronicle together. Thus I created my characters, right down to descriptions of the way the nosehairs of the men grew!

But the blind alley appeared and my head became bruised and sore. Subsequent research showed the Guadagni did not actually arrive in Lyon until the 1400’s. 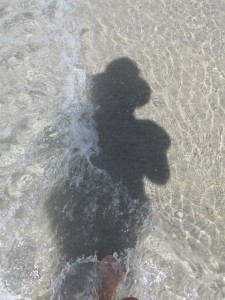 Many colourful words were uttered and in hysterical ‘Prue’ fashion, I stormed down to the beach, breathing through my nose like a bull about to charge. Finally, after nearly hyperventilating as I walked, I rationalised.

Did it matter that the family I was creating didn’t have their roots in fact? Two other of my historical figures still have their own roots very much entwined in scholarly fact (Pierre Vaudes and Renaud de Forez) and they will be driving forces through the plot.

So no, I decided. (My breathing slowed in consequence.) As is often repeated on historical fiction panels, blogs and groups – we are writing fiction. We have a certain amount of leeway. So I would keep the afore-mentioned family but change the name so their role in the story could be just as pivotal  as it was previously.

But what should I change it to?

Then I remembered my husband’s great grandfather. He was a man known as Black Sass. His family name was Sassella – a good strong Italian name that fits the image of this successful merchant family. My husband has a certain claim to the name and felt it was quite okay to use the patronymic.

Just one of the dramas that occurs as one is writing a novel!

But to leaven the load there are always golden moments in research.

Finding www.byzantium1200.com for Tobias was one such. That was perhaps the purest gold there was!

And in writing Guillaume, finding this wonderful street that existed in the twelfth century as Rue Trammasal rather than Rue de Boeuf… 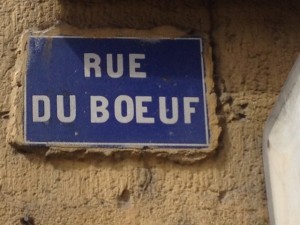 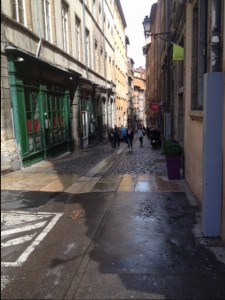 And a Gothic gargoyle. 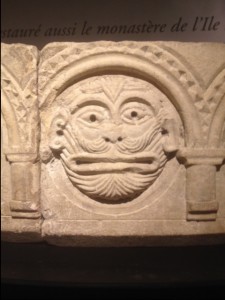 And a carved figure of a knight that hung off a street corner. 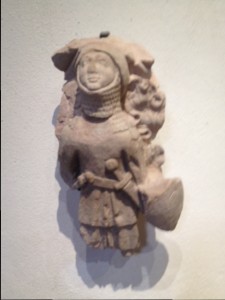 And this – the map of my 1190’s Lyon with the Saône running through which is actually my GPS for this novel. 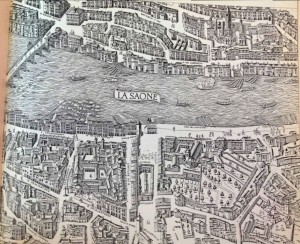 Thus it is that blind alleys disappear and a way forward is always found. For me, the secret is always never give in, think outside the square and use a tiny bit of vision…

My thanks to my friend and researcher, Lyonnais resident, Brian Cobb, for most of the images.