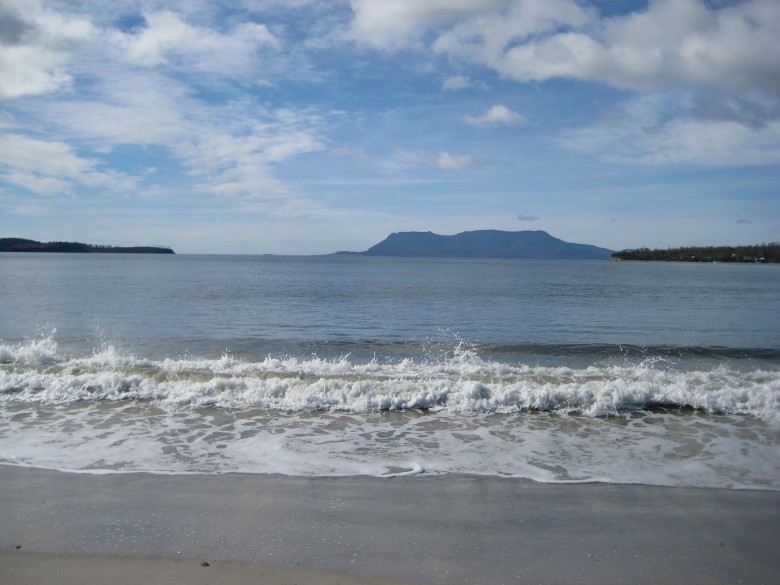 On the wrong tack…

‘A tack as a part of the tacking maneuver; in which a sailing boat turns its bow through the wind’ (wikipedia)

It must be evident to any who read this blog that I have a predilection for life by the sea. That I love the ocean, being in it, on it or under it.

'Wondering when the tide would wash over my toes.'

I was reared close by the sea and I was on boats before I could even walk.  So it stands to reason that I’m going to have the odd nautical reference in my writing. Oddly The Stumpwork Robe, my first novel, has not a single reference to the sea; except when Adelina is held prisoner in Mevagavinney in Eirie and stares out from her window toward the seawall.

However in The Last Stitch, Phelim sails in a ocean storm and punts through the fens and Lhiannon paddles a curious skin-covered vessel over the ocean. In Glass Flowers, Finnian and Lalita journey in a gondola and a barge. But in Shifu Cloth, so far there is nothing written about vessels and the sea… yet!

Well, this is where I came unstuck. Gisborne… the novel would be tagged as historical fantasy and historical romance for Amazon Kindle. The word historical requires a certain diligence in research.  Guy and Ysabel are in the process of sailing from Calais to the English coast and I needed to know what sort of vessel they would be sailing on in the twelfth century. I had thought it would be a cog and began to research the vessel, coming across a wonderfully informative site on the net. I asked questions and found that the cog was not correct. In addition, I had Ysabel in a covered hold which was also incorrect. Not only that, I have since been told by the specialist on the site that if the timbers were creaking, he himself would jump overboard as the vessel would be in dire straits. To a point I disagree on that one with him, purely from my own experience. But it would seem my memories of sensations on vessels on the ocean are just that… memories. And apparently not at all technically correct.

Not long ago, I read a blog on historical accuracy, (a reference I have unfortunately lost as I changed over computers) and the blessing in the content of the interview was that a little information is enough. But it must be correct.

Which is why I have been very open and honest from the very beginning in saying that Gisborne is as yet unresearched and unedited and is just a first (rough) draft. I need to know if lemons were available to noble houses in the twelfth century, if soap was perfumed. I need to know about clothes, saddlery, land ownership, religious ideology, the Crusades, mercenary armies.  And a hundred other things.

Right now, Guy and Ysabel have left the Marolingian and I can leave my limited twelfth century nautical knowledge behind.  Instead, I must move on to the technical detail of a noblewoman’s bath and toilette in the twefth century.

PS: I wrote this blog in pencil in my little red notebook whilst I was on the beach in between swims.

'My own kind of Paradise'

When I got home,a song called Knee Deep by the Zac Brown Band was playing on the radio and I thought how apt, given I was wondering when the tide would touch my toes and that I live in the closest thing to Paradise this side of Heaven. Whilst it’s not the Bahamas, its pretty damned good!

« The Pillowbook of Prudence
Kindling the fire… »