Just a brief bit of housekeeping: The Stumpwork Robe has just secured another five star review on Amazon!

Now, however,  The Masked Ball continues:

I, Lucia Brabante, was sitting at my desk, trying to pen more of my novel after Percy left.  I was shaken by his vehemence and confused at the almost instantaneous reaction I had, which was to protect Ser de Fleury from one of my dearest friends.  I chewed the goose quill.  I am known as a writer of what they may call in other places, ‘penny dreadfuls’ and the women of Eirie lust after them and for one strange moment, I felt as if I had fallen into one of my own outrageous plots.  Handsome men, dangerous assignations, women with heaving bosoms and so on – ah yes, this very moment in my life had it all and I sighed in confusion.

He pulled himself over the balustrade and onto the small balcony of my chamber.  ‘I heard Blakeney!  If he hurt you . . .’

‘I can,’ I responded.  ‘I am an expert markswoman and I know enough of Raji self-defence to make a man guard his jewels should he threaten me!’  Again the eyebrow lifted and the mouth tipped up.  I threw the quill down.  ‘Ser de Fleury, get you to hell in a handbasket!  Enough of these games!  Gad sir, you had better not have lost the book after all I have gone through today!’

‘I have not, Lucia.  It is safe.’  He tapped his leather covered chest and I wondered briefly why he chose to stride around dressed as a condotierri and hoped vaguely that he may at least endeavour to dress in fine damasks for the Ball.

‘Then Ser de Fleury, I would tell you that I am tired of all this intrigue and detest that you and Percy feel the need to manipulate me as your pawn.  After the Museo and the gondola today, I felt a strange sensation, as if I had lost the will to be myself and I realised that you had probably tried to mesmer me and I tell you, I will fight it!  I am ever my own person.’  I could feel anger flooding my cheeks.  ‘I didn’t want Blakeney’s company and I certainly don’t want yours at this minute.’  I turned my back on him.  ‘Please leave.  Now.’

I listened for a sign of movement toward the balustrade and indeed there was a sound of boots on the floor but my arm was grabbed and I was swung around to face this man I had just dismissed.

‘Lady Lucia,’ he looked down from his substantial height and his eyes were as cold as I had yet seen.  His fingers tightened as I went to shake him off.  ‘If I wanted to mesmer you I could have and there would have been nothing you could do.  You could fight it to the death and I would still win.  Whatever you felt this day was not of my making.  Look to your own soul, woman.’

‘Unhand me sir,’ I hissed.  ‘My own soul is clean and I am not a thief set on some petty intrigue.’

He let me go and stepped back and I admit to a slight disappointment.  ‘Oh come now, Lucia,’ Aine he was sarcastic!  ‘You confess to loving danger, to putting your person where it most definitely should not be.  Confess now.  You are enjoying this escapade.’

‘I defy you to call this an escapade.  Percy calls this dangerous, you move with the speed of light to best him.  Whatever this is, it is NOT an escapade.  As to my role in it, I would prefer not to be a pawn.  I am, sir, my – own – woman!’

He laughed, a small one, not unlike Sir Percy’s dry cough.  ‘Indeed.’

‘Tell me this then . . . I want to know why it is that I am in the middle of this battle between you and Sir Percy.’

He looked at me, the cold had left the blue eyes and I was struck by the shadow in the back of his gaze, as if the weight of the world was constantly sitting at the very tip of his shoulder. 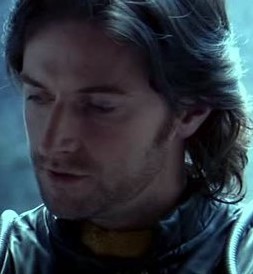