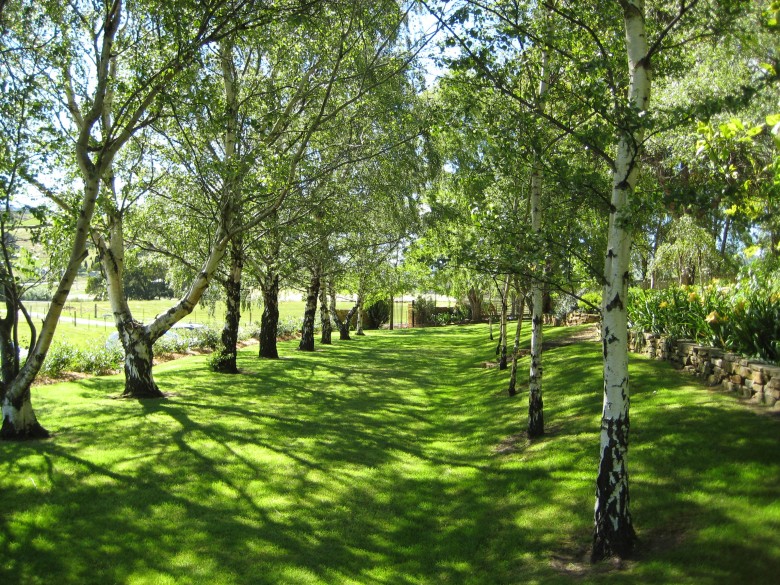 Observation and absorption . . . the art of writing.

Yesterday was the most perfect day.  It should be Autumn but in fact it felt like early summer.  Warm enough for rolled up jeans and short-sleeves.  It would have been the hardest thing in the world to sit in the house with the laptop, reading through the track changes suggested by the editor.  So of course I didn’t do it.

Instead I sat outside, jeans rolled over the knee, face to the sun, and just endeavoured to be in the moment.  I have a basic knowledge of meditation, I read about Eastern religions and how important it is to be in the now and as I sat solitary and surrounded by birdsong and the sound of the waves, it occurred to me to be observant.  By being observant I was being in the now because one can’t observe otherwise.

We have a number of mature trees in the garden.  The liquid amber has a swathe of leaves left on its rapidly shedding branches that range from chartreuse through gold to ruby.  The silver birch is ochre-coloured at this time of year and there are perpetual showers of seeds as tiny finches engorge.  The birds have a delicate chirrup and they are such busy little things, flying in squadrons from one branch to another.

I turned my head away at one stage and when I looked back, the silver birch was empty but the Japanese maple was shimmying despite there being no breeze.  The petite finches were lost in amongst the topaz leaves, themselves being the same umber tones.  The only clue one had to the birds’ presence was the ghostly shivering of the branches and the gossiping from in amongst the leaves.

So I observed all this activity and in my head I wrote it with a plan to use it at some point.  But of course, now that I have written it and read back over it, I can see an editor’s metaphorical fingers on the keyboard.  ‘Don’t gild the lily!’ ‘Delete!’  ‘Over-written!’ Etc, etc.

My point is that my favourite writing is a style given to description. If Rosamunde Pilcher hadn’t described Cornwall and Scotland in the way she has, I doubt I would have enjoyed the books as much as I did, as I became lost in her settings. Likewise Alexandra Raife.  Many others could be added to the list but the reality is that they are writers from a number of years ago and I wonder, have we changed that much in what we love to read?  What the market wants to read?  Would The Shell Seekers have been edited down significantly?

If I was just a reader, I know I would still opt for the writer who had a descriptive skill.  Who showed by that very skill that they had the art of observation down pat.  So I ask myself, perhaps somewhat rhetorically, who is it that makes the decision to excise descriptive word down to the bare essentials?  The editor, the marketplace or the writer?  Perhaps someone can enlighten me.