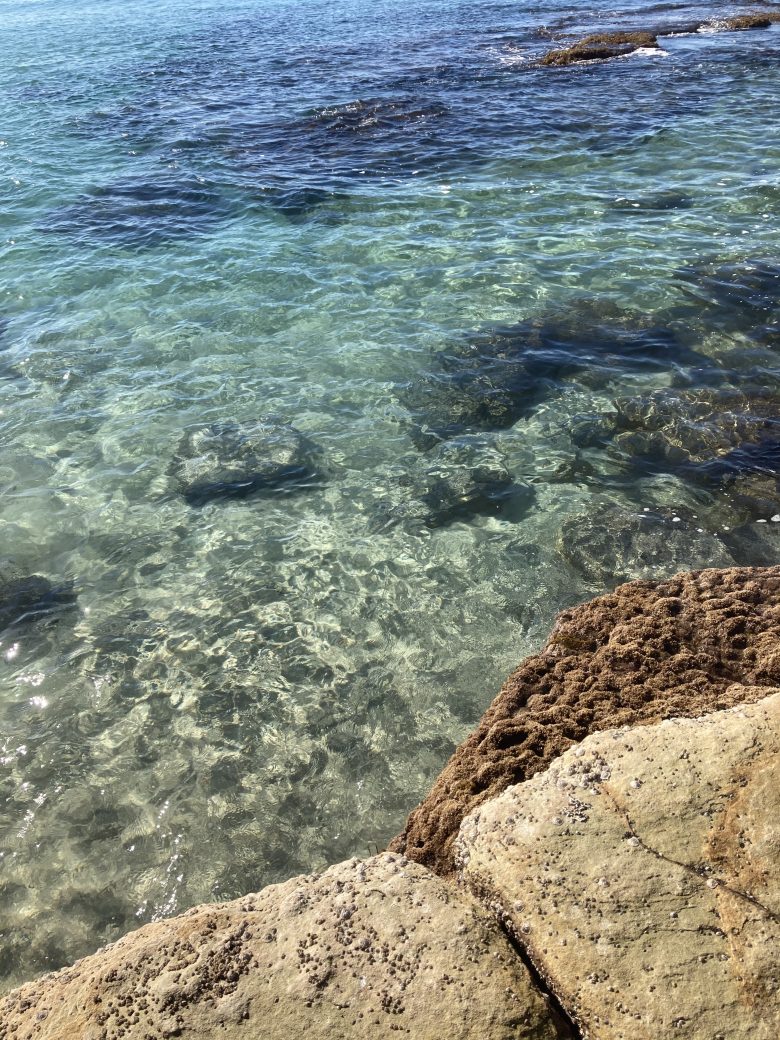 My mother always called the coast her healing place – the place she went when she was tired, emotional, recuperating, grieving or just plain cranky. The name stuck and for all my life thus far it has been that and more.

I’ve been less than sparkling for a week or so and have been in the city close to medical support should it be needed. But in the end, I just begged my husband to drive me back to the coast where I felt I could truly begin to mend.

As we drove down the side of the river, I could see the tide was low – oyster catchers parading back and forth on the shoreline, the smart red of their legs looking like some sort of regimental kit, red beaks dipping in and out of the tidal shallows. Occasionally they would fly off in a pair, inches above the river surface, piping their mournful cry and then swooping back to exactly where they had been. I wondered why they bothered but came up with no answer but did note that a lot of coastal birds do the same thing.

When the car pulled up at the cottage, I got out and just breathed.

There was a stiff ocean breeze filled with a sharpness made of tsunamis and tidal surges and I sucked it in like a drowning man. We have a tiny garden in the city, surrounding a small townhouse, and its trees, blooms and lawn keep us sane when in the urban environment. Neither of us are city-lovers and it is somewhat sad that the little space is most often used when either of us have medical issues. It probably deserves more than that. I should call it our Physic Garden except that it grows nothing from a pharmacopeia.

But back to the ocean… 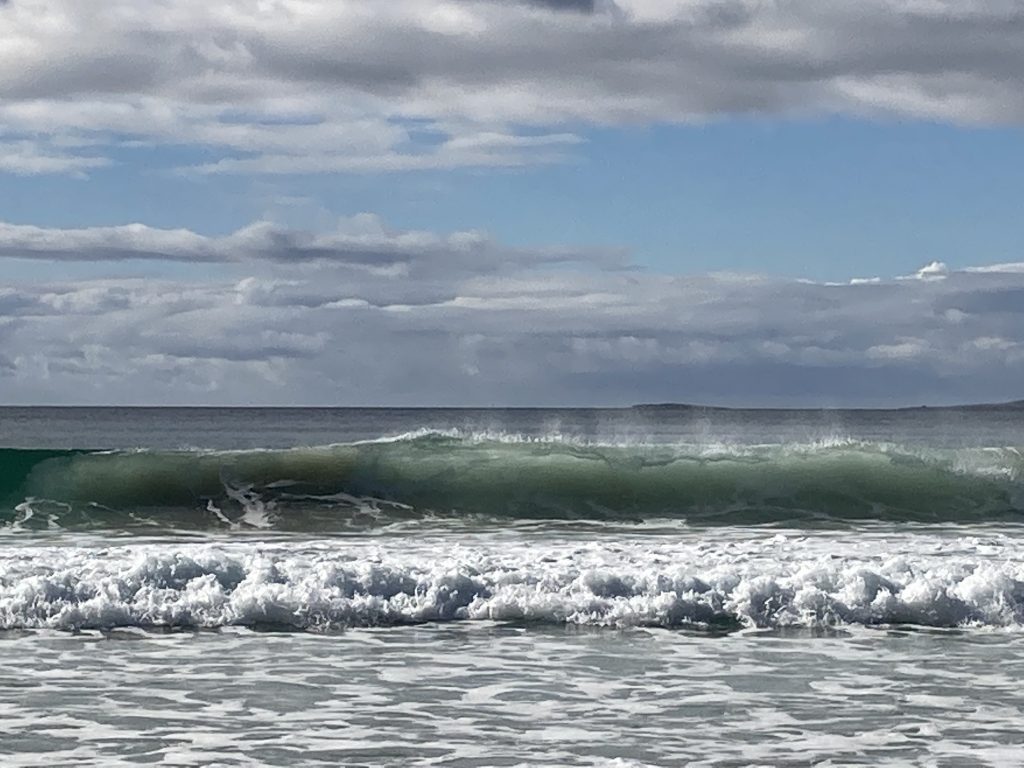 That air felt like a transfusion. So much so that I felt an infusion of energy – moving swiftly round the garden – checking on plants bedded down before I became ill, in awe of my small gourmet-esque zucchinis which had become marrows fit for the compost! The berry house was studded with the ruby glow of berries – things I’m no longer allowed to eat unless I sieve the pips. The strawberries were as big as my knuckle.

Later, I sat on the sunlounge listening to the birds, noting a new flock of miniscule taupe wrens in the garden, with a flash of yellow on the belly and under the wings. They tinkle with their tinyness. 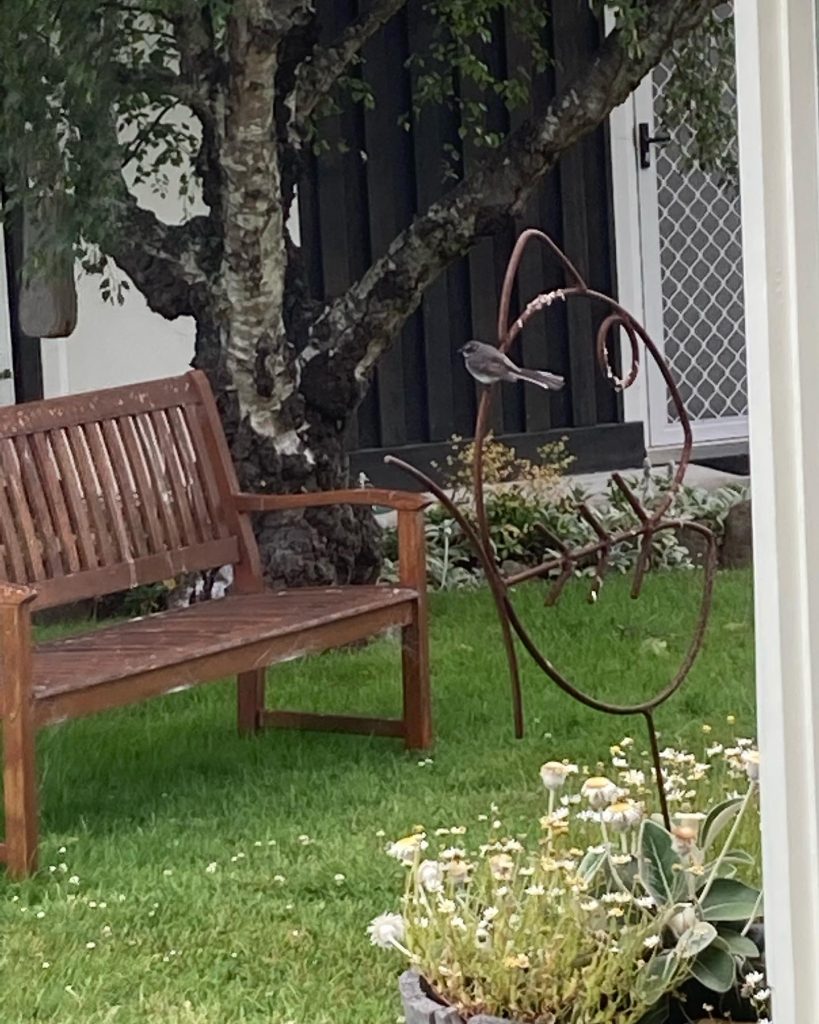 I looked for my grey fantails but could see none and played their song on my phone. In the past, it’s bought them from hiding but there was no response. (Today they are back and bold, almost sitting on my shoulder!) But we now have the small green parrots we call messerschimtts – super-powered, neon-green flying machines that swoop in with much high-pitched chatter to denude an orchard in the blink of an eye.

I went for a small walk with the dog in the evening, letting the goosebumps rise on bare legs as we stood on the headland looking along the beach. 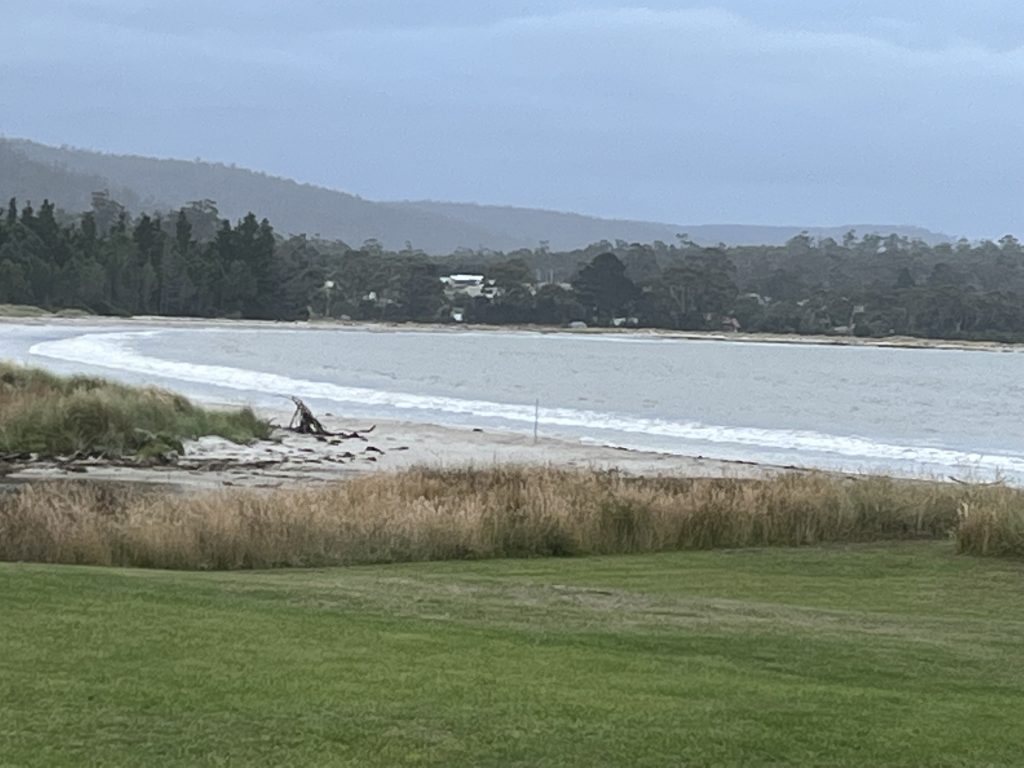 The arc of the bay creamed and the breeze still blew, chopping up the sea to white-capped wavelets.

I just felt that this is what Mum meant – the rhythmic sound of the waves breaking all night, the cry of Hedwig somewhere past the willows, the ‘push-shoot’ cry of larger parrots at dawn. Everything the city isn’t – especially in another Pandemic year. 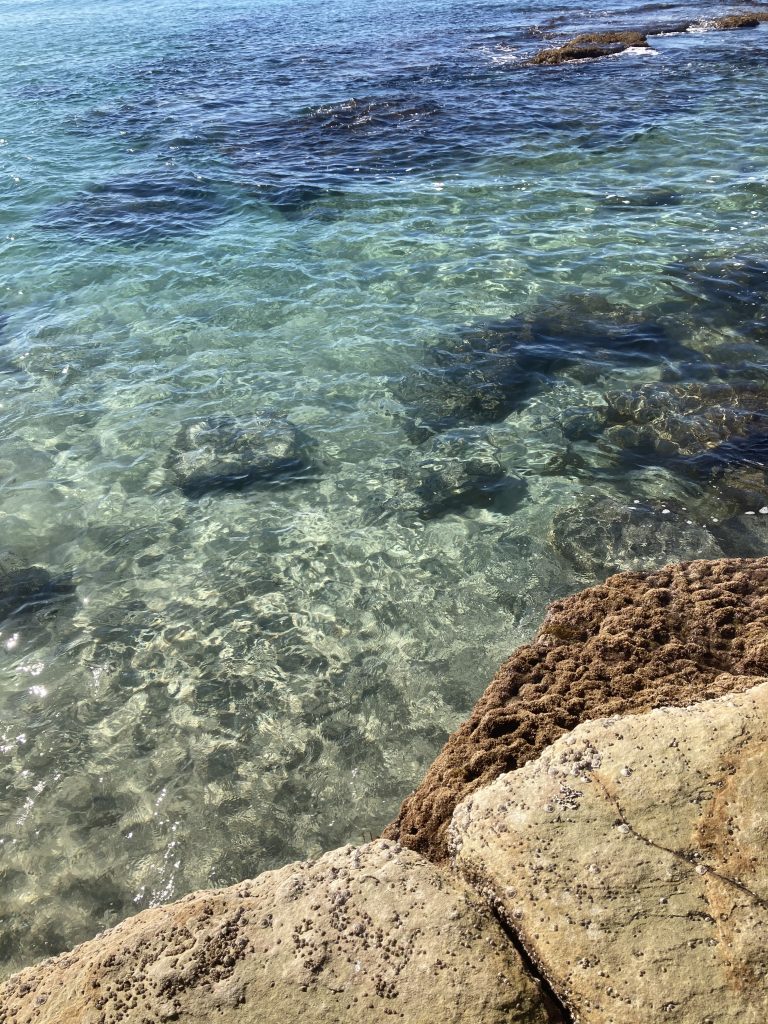 Today, I walked the white sand and the rocks – everything’s been washed clean by the tidal surge earlier in the week and the water is glass-clear and warm. If I have some energy tomorrow, a swim might be just what the doctor ordered…