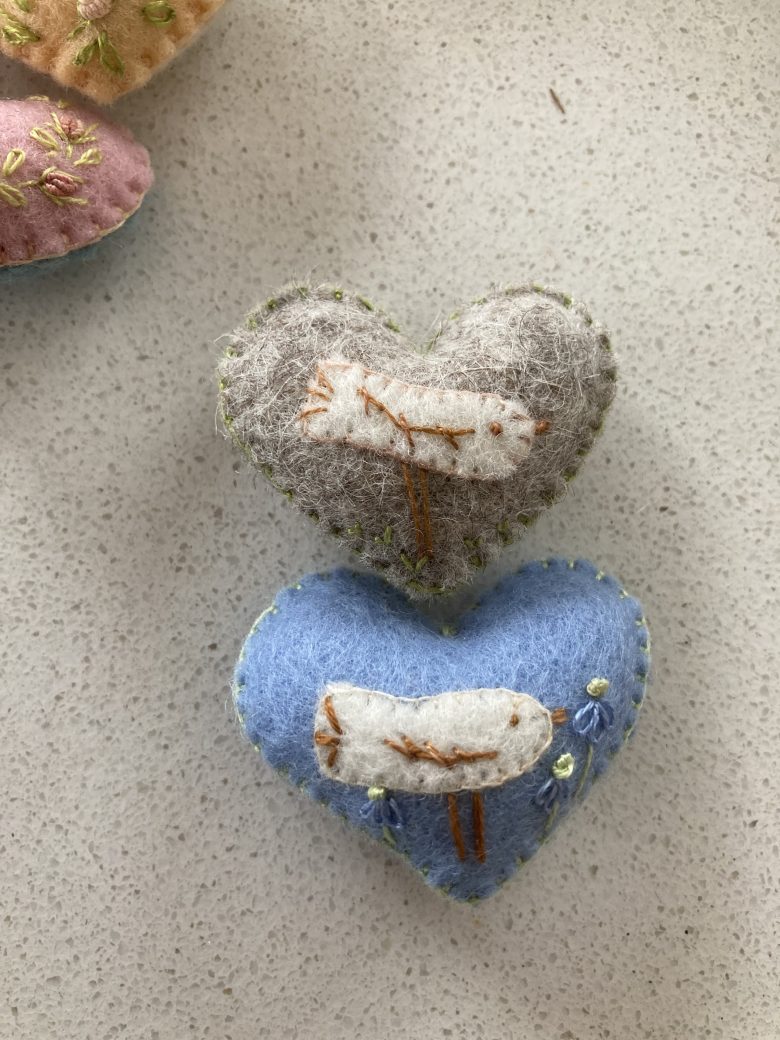 So, it’s almost summer. Despite rain, rain and more of it! The wettest in living memory.

Thus spring has meant preparing for summer because when one lives on the coast, summer after all, is pre-eminent. 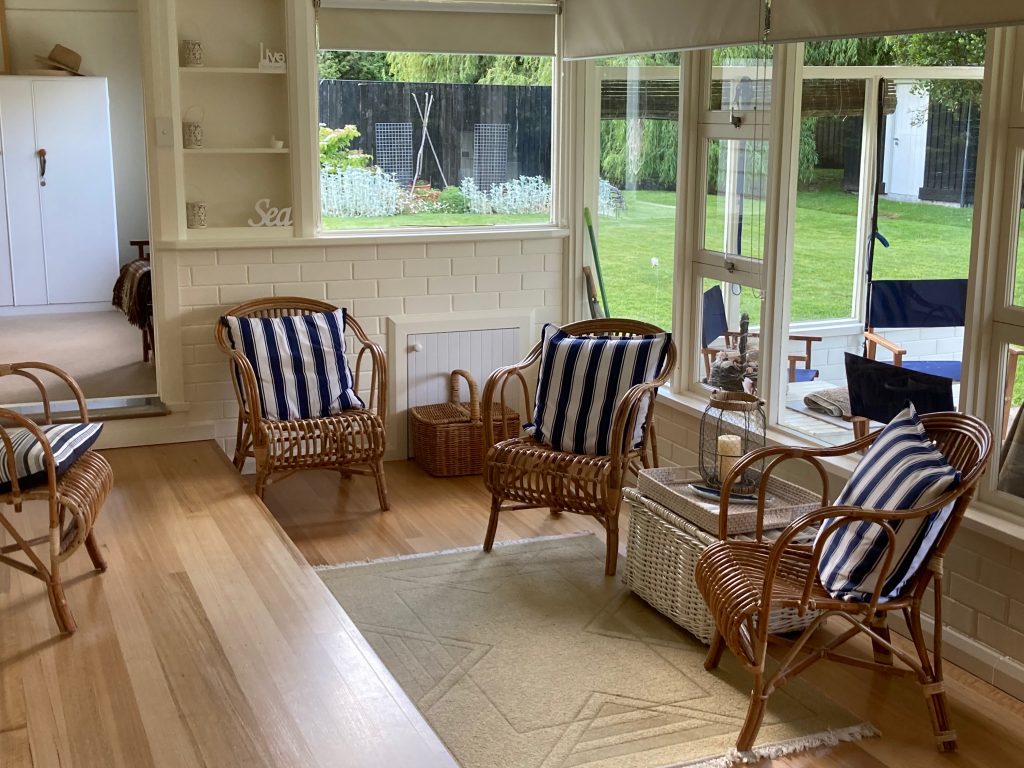 The garden tubs are all planted out with mostly white annuals which the invading rabbit army were demolishing until I began to encircle everything with wire, begging my Jack Russell to please patrol! Which he took horribly literally and went and killed a rabbit! I can’t condemn him – he’s a JRT, it’s what they do. And he’s killed nothing much in ten years apart from the odd lizard.  But now he appears to have moved on. As if he’s tested that part of his machismo and found it somewhat wanting.

So we surround our vegetable and berry gardens with a wire fence. It’s easier.

I despaired of the likelihood of any of our produce reaching maturity and ripening because  it rains. And rains and rains and rains. If there are climate deniers still in our midst, how I would like them to scrutinise my photo albums filled with records of glowing years of glorious springs and summers where the sun shone and the earth was firm under our feet and where the dry sand on the beach was so powdery that it squeaked as we walked.

There’s always hope though – we’ve had 6, that’s S-I-X days of warmth and sun now and the garden is rocketing, grandson picking (and eating) the first strawberries.

I like to store fresh produce like a squirrel for the lean days of winter. My husband makes jams and preserves and I cook soups, flans and tarts.  To be able to walk amongst the fronds of potatoes, carrots, tomatoes and zucchini, to pick fresh chartreuse pods of peas and beans, the mirrored, black-skinned eggplants, or fill one’s hands with mint, parsley, basil, tarragon, fresh dill, rosemary, the nutty leaves and petals of nasturtiums – the feeling is indescribable. Incredibly elemental. And the taste! Oh my gosh, the taste!

The beginning of November meant that Reliquary, Book One of The Peregrinus Series has been launched upon the world. I note that it has a following and am so appreciative. As long as the readers are entertained, it’s all that matters. My choice of his.fict is less of powerful politics and princes and much more of the disenchanted and disenfranchised.

Sadly, there’s still a phalanx of folk who think the Middle Ages were dirty, ignorant and dark. The truth is that the times were alive with intellect, philosophy, creativity and adventure if one looks beyond dynastic drama. Ships and men were moving further afield and there was an exchange of rare and exquisite goods from as far afield as men never dreamed of going; and of course, there was the accompanying exchange of ideas and venality.

It was in fact a heady time. Men’s minds were being tested and by consequence, the world was shifting and changing ahead of the Renaissance. For me, a perfect time about which to write.

Reliquary is part of a three-book series so I’m well into Book Two, which as you know is tentatively titled Oak Gall and Gold or Oak Gall. Or maybe just Gall and Gold. Who knows? Titles are the bane of my life!

But in typical fashion for me, a book takes a year to get to publishing point. I’m always so grateful that readers are patient. More particularly though, if you’re a new reader, there’s a whole backlist to demolish while you’re waiting. With Gall and Gold being my fifteenth book, just as my previous posts have said, I’m astonished! Since 2008, fifteen books in 13 years, plus contributing to a number of anthologies (some of which are fund-raisers for a cancer charity) is more than enough to make me content. I’m a slow writer, a slow reader, a slow stitcher. But then being ‘slow’ is very much in fashion, isn’t it? Quality over quantity?

What else has this damp spring brought my way? 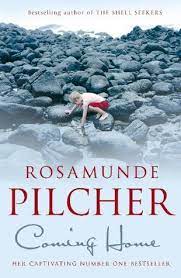 I’ve finished listening to Rosamunde Pilcher’s Coming Home. It crossed my path at publication in 1995, but I wasn’t in the right frame of mind to read it then, having decided one of the characters irked me greatly. Thus the novel sat on my shelves from then till now as other books pushed in and demanded my reading time. But I’m an enormous fan of Pilcher’s and felt I owed her the reading because of what I’ve learned from her style. I have everything she’s ever written – everything. I love her sense of setting, the way most books are set in Cornwall and Scotland. Her settings are paramount and there are few contemporary writers these days who do it so perfectly in my opinion.

I purchased Coming Home as an audiobook because of the amount of time I spend on the road. I’m heartily sick of current affairs radio and simply want to escape in every sense.

I’m so glad I left the novel till now to cross my path. It fitted me like a glove – the settings, characters, events. I felt that immense sadness that always grips a reader when one is coming to the end of a loved story. 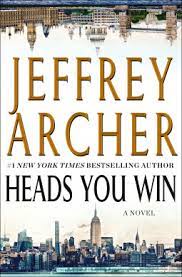 I replaced it with a Jeffrey Archer, simply because it’s read by Richard Armitage who I’ve been a little in love with for years. The book is called Heads You Win and I confess to early confusion as it presented a kind of Sliding Doors scenario. I persevered because of RA’s voice but the truth is that ultimately I loved the story, the artifice and think Jeffrey Archer is a fantastic entertainer. 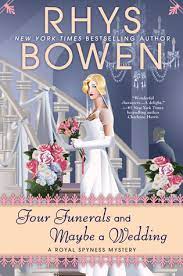 And now I’m listening to Rhys Bowen’s Four Funerals and Maybe a Wedding. I’m normally entertained by her writing, and this is suitably light which sits well after months spent in the venal world of twelfth century merchant enterprise. In fact it entertained me brilliantly. The narrator accentuated the tones of characters so well and Bowen takes no prisoners with her grasp on aristocracy in the post World War one era. It’s funny, almost Noel Cowardish and I recommend it highly. 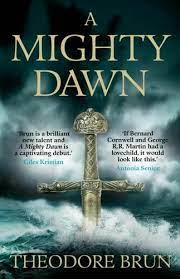 I’ve read Theodore Brun’s A Mighty Dawn. What a great writer! There’s a touch of fantasy weaving through and that’s perfectly okay – Robert Low’s The Whale Road was the same, and a brilliant saga because of it! I’m almost a quarter of the way through a book suggested by the Duchess of Cornwall’s Reading Room – Elisabeth Jane Howard’s All Change. I’m not sure what I think about it.

I’ve read nothing in print beyond research for Gall and Gold but that’s for another blog post or even for my author’s notes.

Viewing-wise, we’ve watched a number of documentaries on various members of the British Royal Family (historical and current) on BBC’s BritBox.Also Michael Portillo’s Devon and Cornwall, which I loved. I’m also always up for The Great British Sewing Bee (reminds me of what my mum taught me and I LOVE the soundtracks which take me back to the 60’s very comfortably) and The Great British Bake-Off and a lot of Mary Berry. (I’m a huge Dame Mary fan). Lately I’ve discovered The Great British Pottery Throwdown which was actually fascinating given that I have never ever been interested in ceramics as an artform!

We graze across Australia’s SBS On Demand for our Nordic drama. We’ve seen almost the whole backlist now (too many to list) and are eager for more. On Binge, we watched the British drama, Vigil, set in the dank dark depths of a nuclear-powered submarine and it did my very real claustrophobia no good at all. But five stars for brilliant drama from those who wrote Line of Duty and despite the fact that I’m not at all a fan of Rose Leslie. 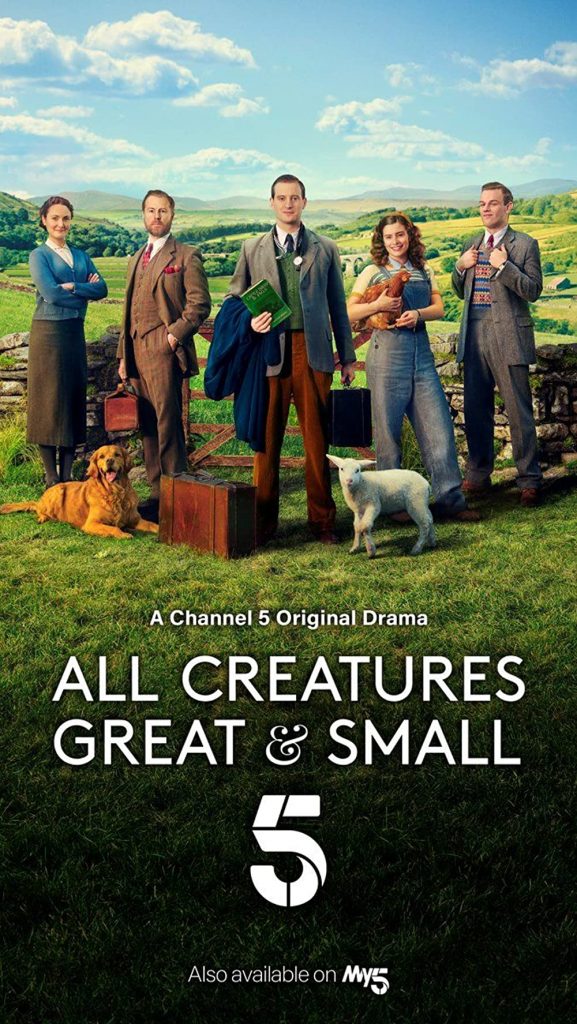 We’ve demolished Series Two of All Creatures Great and Small on Britbox which is as good as Series One of the re-invention and definitely as good as the original series. On SBS on Demand, we’re well settled into the political thriller Red Election. 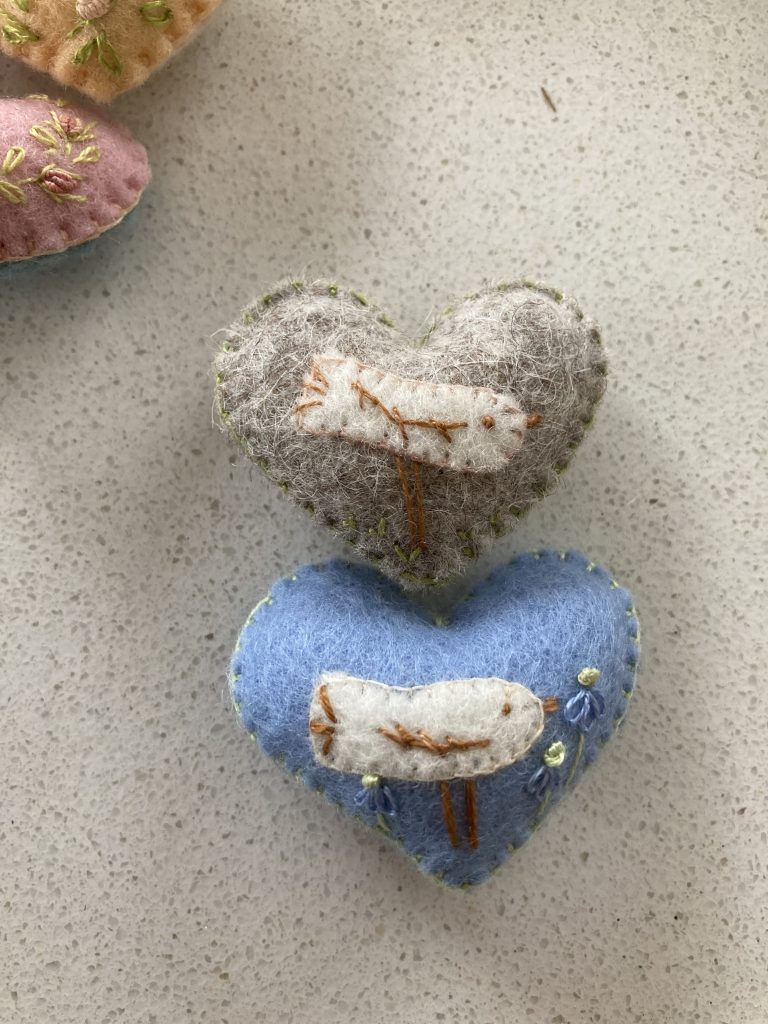 As most will know, I stitch at night in front of TV, hence new cushions, a couple of sweet little needle-cases, a stitched and beaded pillbox and of course more pocket hearts for 1000Hearts.com which I’ve mentioned before. The hearts have been the stitching highlight of the last two years. Actually, more than a stitching highlight, but something truly heart-warming because they are gifted to those in need and we and the stars above know what this world is like just now and that the need is great. 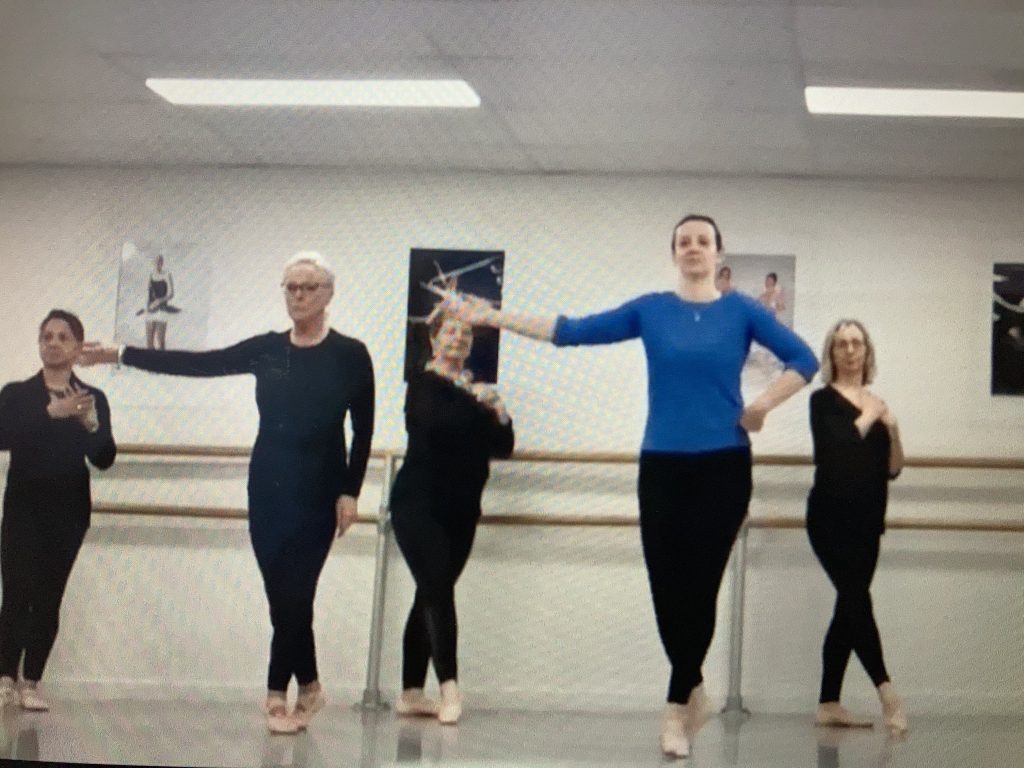 My other great love is ballet and now I’m with a senior class at the Felicity Ryan School of Ballet.   It’s been a fantastic year at the school with the nicest group of women, kindred spirits in so many ways. It’s brilliant to dance, to exercise and to laugh our socks off.

We’ve just learned a ballet sequence: The Dance of the Knights from Prokofiev’s Romeo and Juliet . The choreography differs from the Royal Ballet version to suit an all-female ensemble and has been the most astonishing exercise for the mind as much as the body – putting steps together and in time to powerful music. It has given me a whole new perspective and appreciation for ballet dancers. I really struggled with the first two movements as I missed those classes and it’s taken weeks to entrench them in my mind. I owe such gratitude to our teacher, Catharine, for her immense patience and encouragement. Can my tendons and ligaments cope? Let’s just say I have a super Sports Medicine doctor and a wonderful physiotherapist and that taping the body is amazing!

I’m not stopping any of it for the world!

And so we pootle into the lazy hazy crazy days of summer and I’m NOT thinking of Christmas at all, trying not to really, but rather hopefully of swimming, boating, white sand, clear water, sunshine and R and R. With that in mind, I might just check the condition of the swimsuits – I was a mermaid in another life! 😉

In the meantime, wander to Author.to/PB  You may find a book or two that you’d like to gift to someone you love. Reasonably priced and all done from your armchair so it doesn’t get much easier.