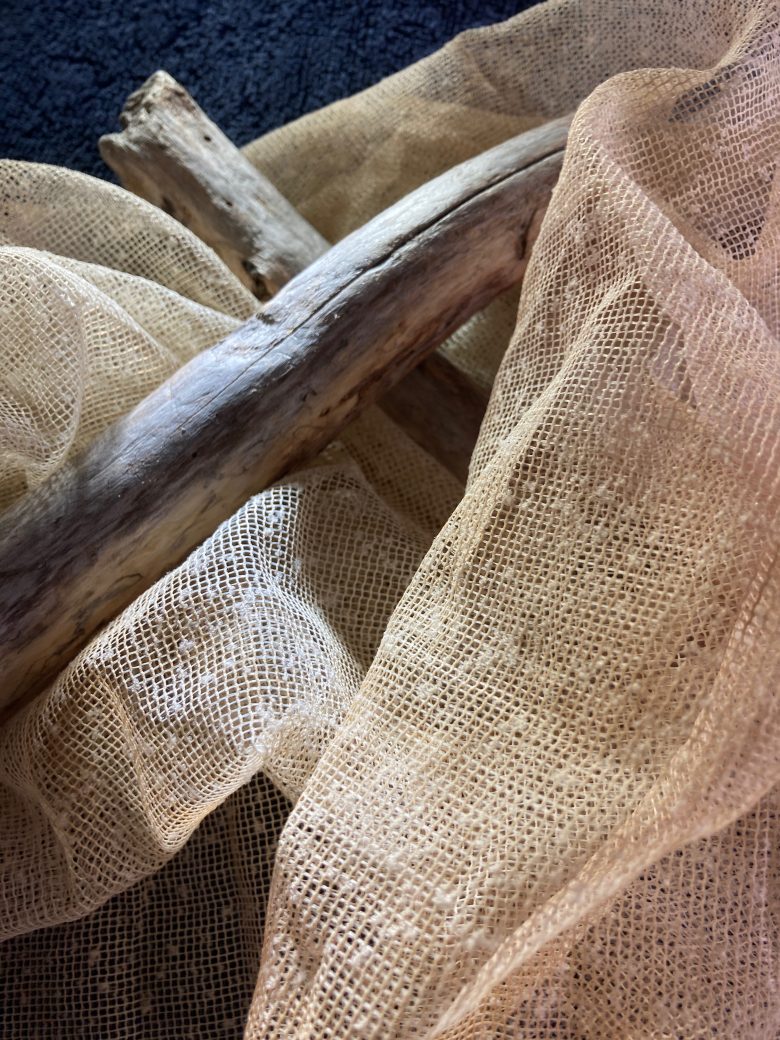 Judge a book by its cover…

If one is a mainstream writer, one rarely if ever has input into cover design. However, if one is indie, and one has an amenable cover designer, one can give them a brief and they work with it.

With my first ten books, I worked with my daughter (Salt Studio). I usually left her to it and inevitably she came up with a design that I loved.

Since she has joined the Public Service as a designer, she has had to sign off from working with my covers and Darlington Press have been using the excellent JD Smith. 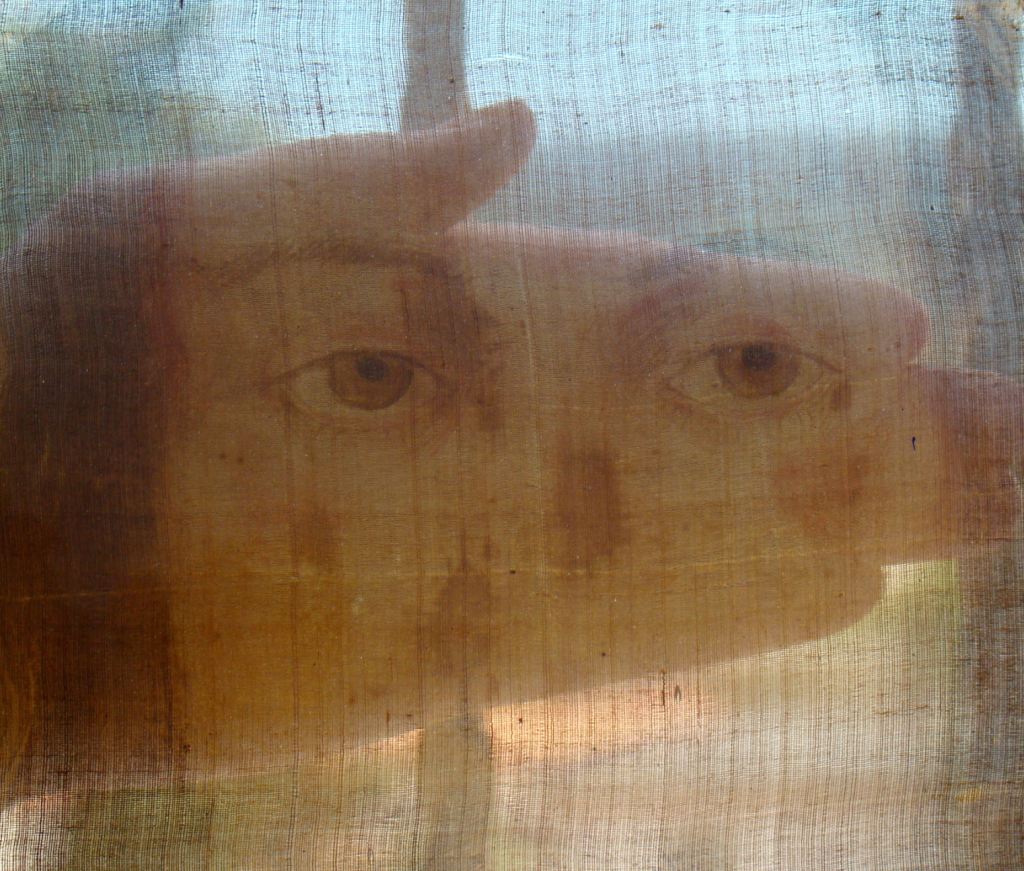 I’ve had this rough idea in my head for a cover for Reliquary from the get-go. The story is of a relic, part of the Holy Shroud, and all along I knew I didn’t want stock photos of the Holy Veronica or the Mannopello Veil (see above) or the Turin Shroud.

So I trotted off to the fabric shop and bought some fabric that might resemble seasilk of which the shroud is reputedly made. 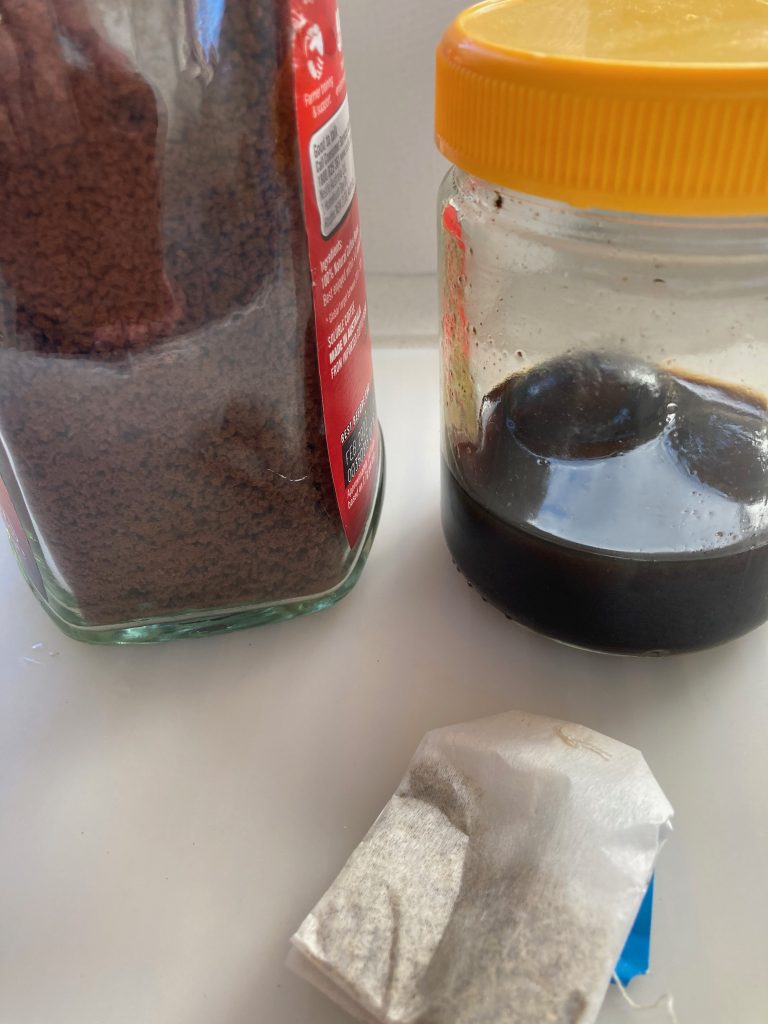 Into the laundry with teabags, coffee grounds, soy sauce, walnut juice and salt and the cloth had a good old soaking. I needed it not to just look old, but to be stained a golden shade which is the colour of seasilk. 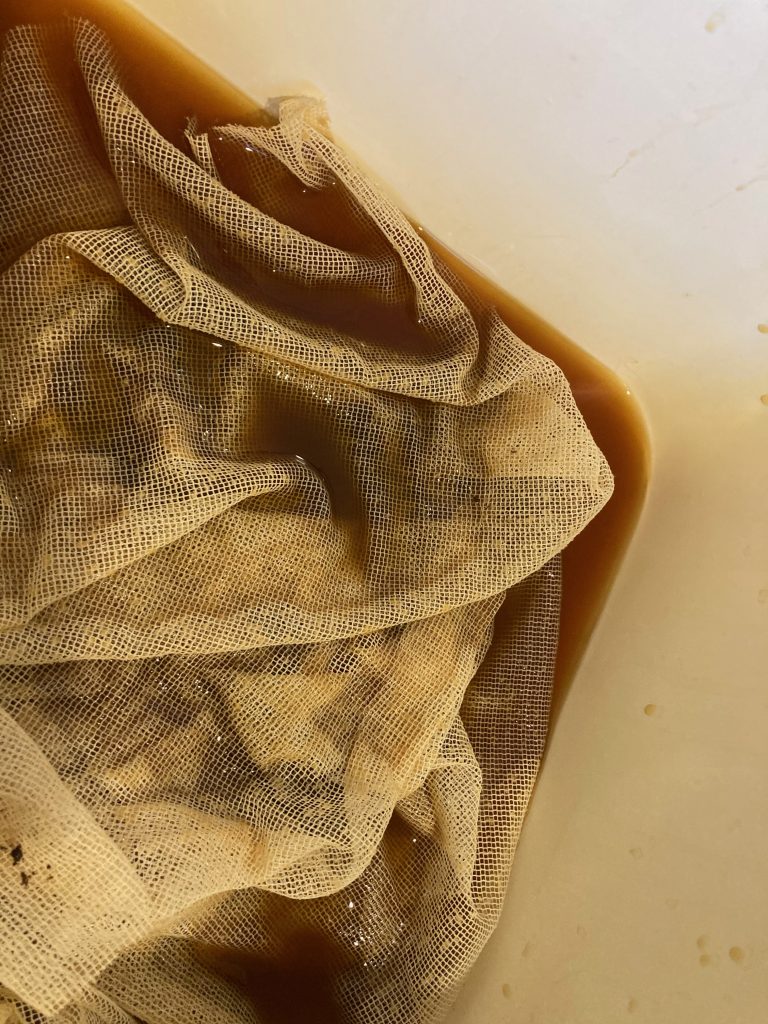 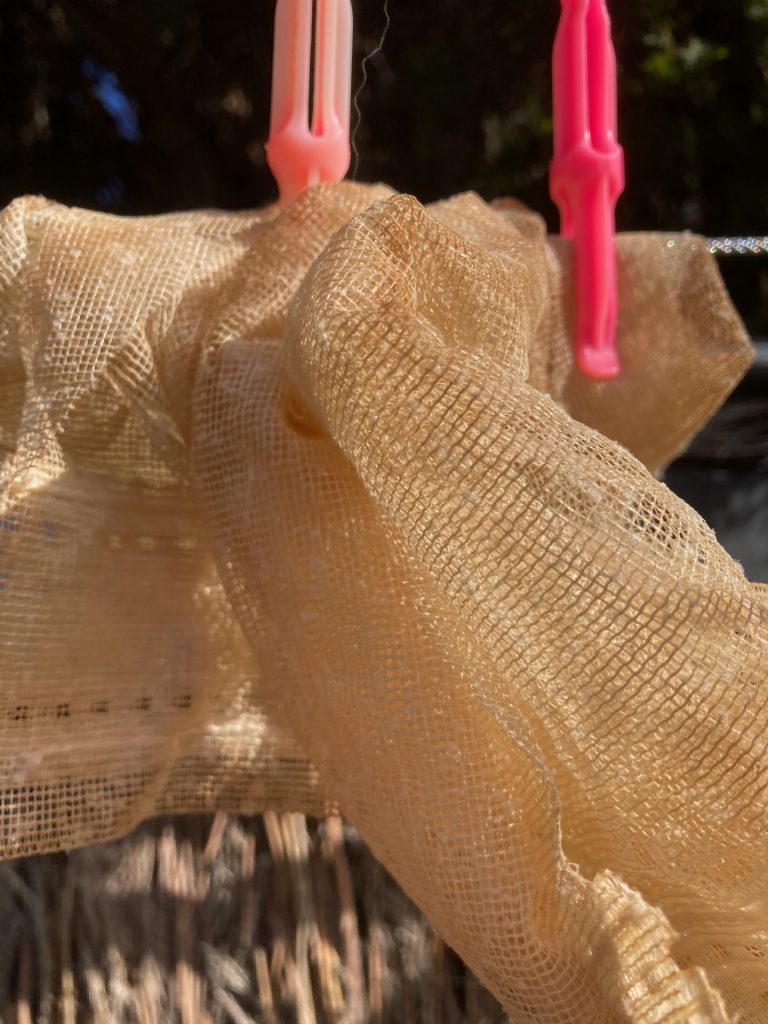 Then I scrunched it up on the clothesline and let it drip. 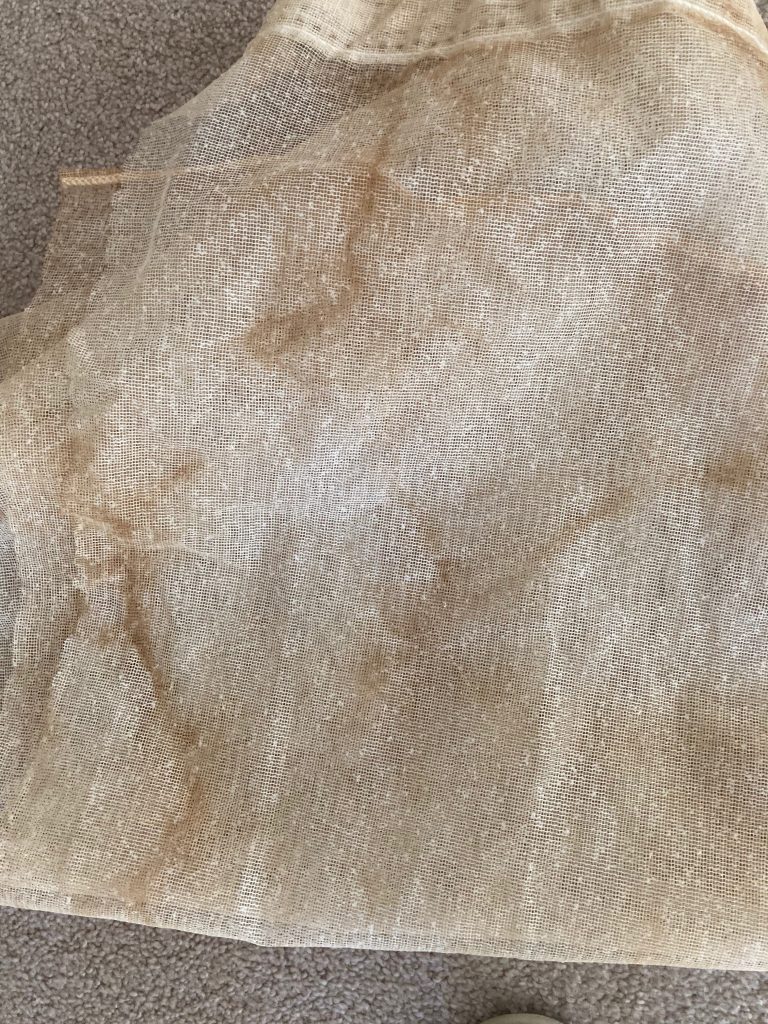 Then I asked hubby to make me a crucifix of old timber and he found drift wood with worm holes and banged one together. Anyone who saw us with this small pseudo-Christian object would think we were taking the mickey, or were ‘vampire hunters’ or were very religious – take your pick… 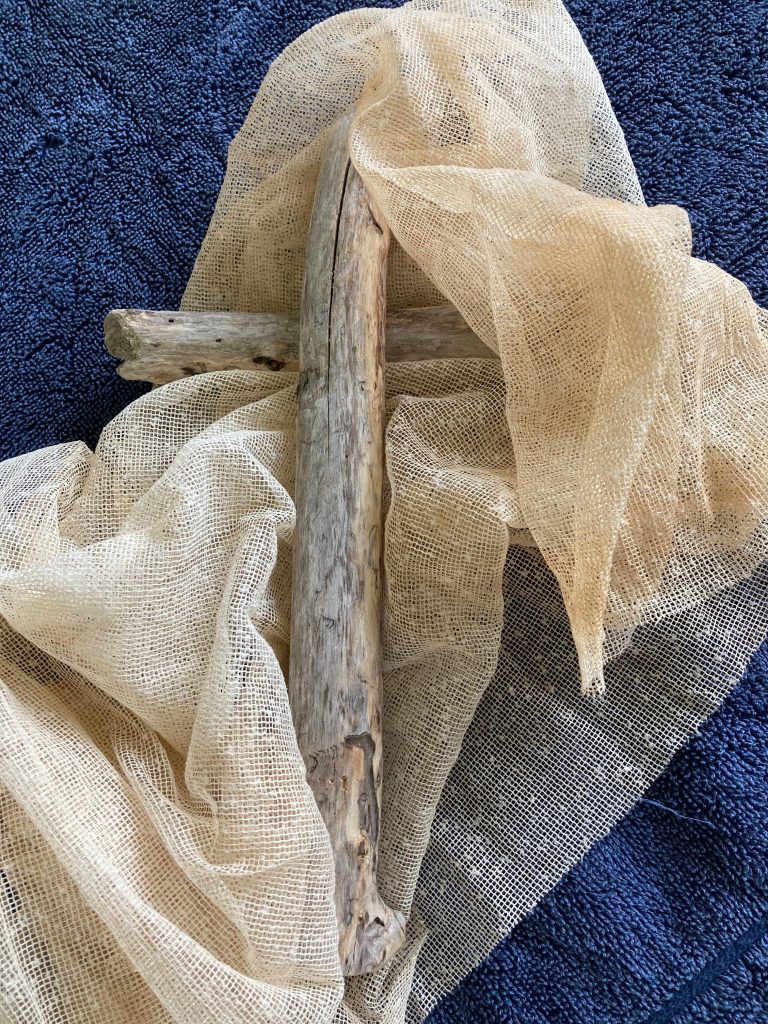 I laid the cross and cloth down and fiddled with folds and took a pic. Not really what I wanted.

Husband hurried off to get Big Bertha, our night-walking torch, and backlit the folds down low. This one has possibilities… 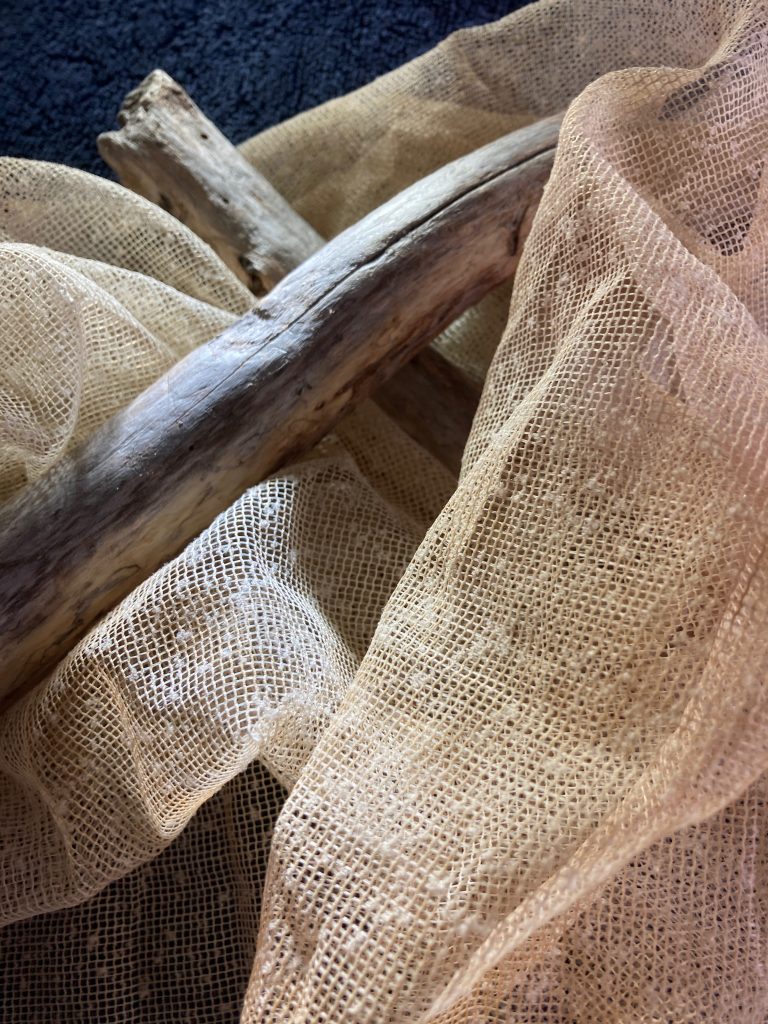 If daughter thinks we have worthy objects for a shoot, I’ll book some time with a photographer-friend to shoot some images for JDS to play with.

I have an idea that I’d like a misty representation of an illuminated script wafting behind the cloth and the cross. But that’s up to Jane to decide. Meantime, I’ve been having quite a bit of creative fun!