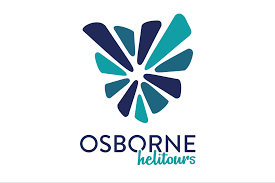 Last Christmas, I gave my husband a gift voucher for a helicopter flight over some of Tasmania’s iconic coastline. Digging around in the letter holder last week, I found the voucher and was horrified to find that the quite expensive tickets were expiring on 27th December, so it became rather urgent to use the voucher if we didn’t want the money to go down the gurgler.

And of course, husband being the wonderful man he is, wanted me to join him. 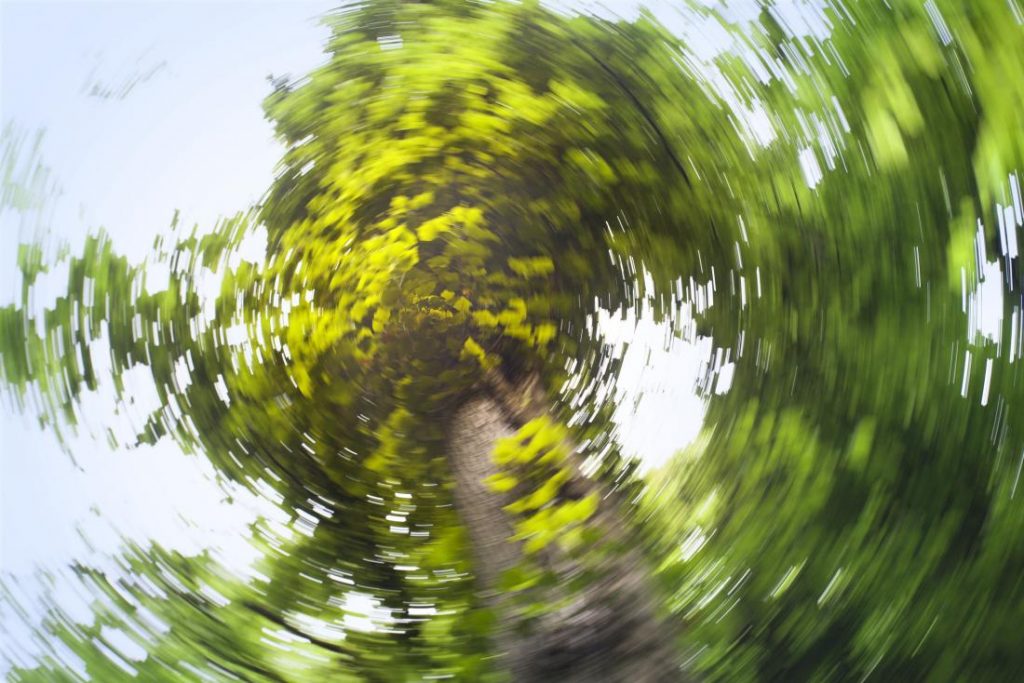 I developed a claustrophobia a few years ago which makes plane flight the most unpleasant thing ever. In addition, because I have a severe irreversible vestibular condition, long-haul flights and increased altitude can cause a bit of mayhem.

‘Well you’ll be fine then,’ my brother, a film-journo used to hanging out of choppers through the years, said. ‘They won’t fly high and it’s certainly not long-haul. Wonder what sort of chopper they’ll use.’

‘I don’t know!’ I snapped. ‘One that flies and floats preferably!’

I lay in bed last night wondering whether the exposed viewing area would exacerbate vertigo at the same time as relieving the claustrophobia. I also wondered how in the hell we could swim ashore in the event of a crash-landing in the ocean, as it’s all massive cliffs and vicious sea. 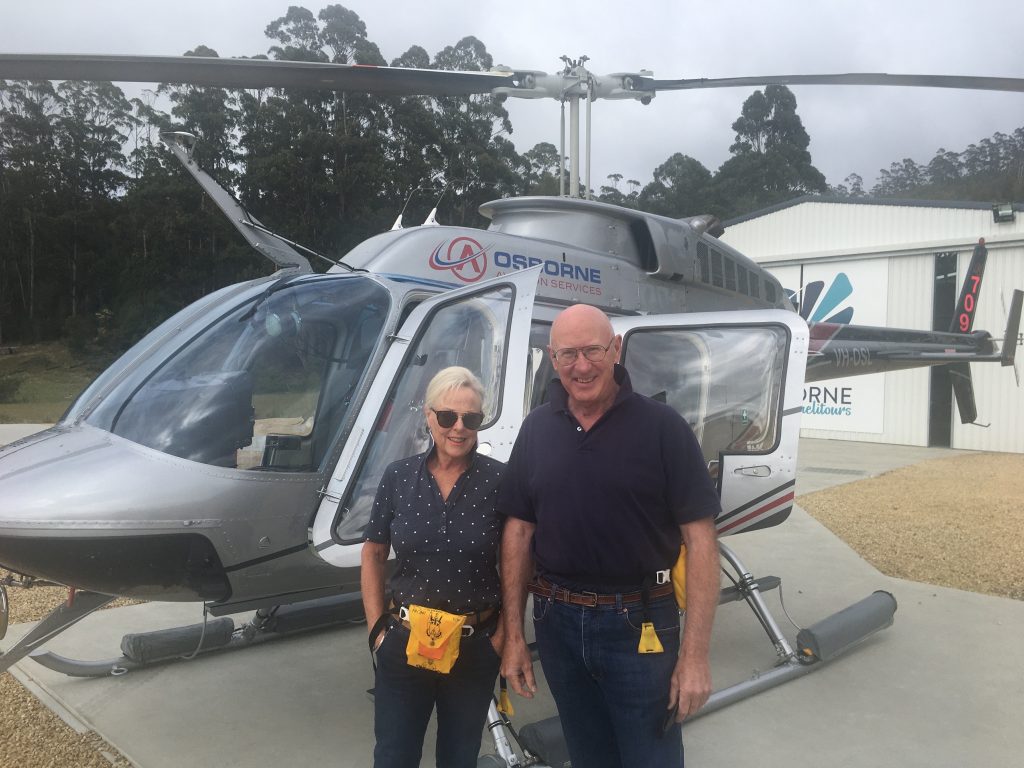 Have short safety demo. Lifejackets worn on waist, earphones where we could not only hear the pilot, but the other passengers and we could speak to each other. (Damn, I thought. There go my anxious expletives!)

Hop in, tighten seatbelt to throttling. Pat lifejacket. Position earphones and mike to communicate and then as the shudder and shake begins with the rotors turning, settle into armchair-like seats with massive windows and clear, unobstructed views.

And suddenly we glide forward, away from a tree edge where there were nesting wedgetailed eagles. A smooth forward-and-up motion – like a dragon fly, with not a skerrick of a shudder or noise. Like a switch has been flicked. 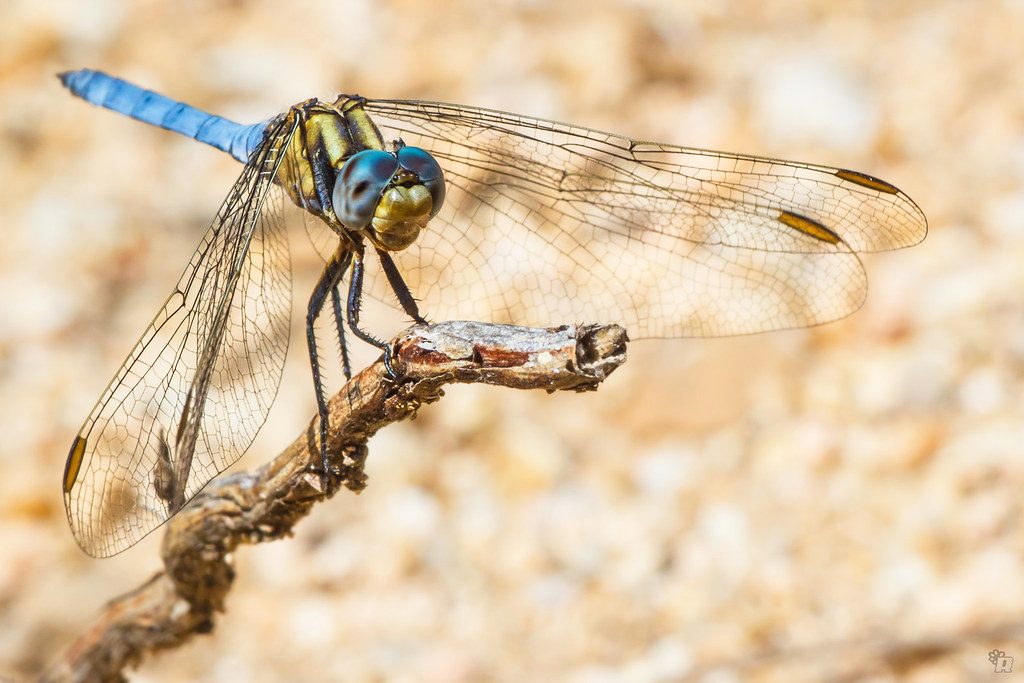 So this is what birds experience, I thought. This is what dragonflies and any number of flying insects feel as they flit across a garden or a pond. Pure magic… Even more jaw-dropping when we flew over the top of a majestic wedgetailed eagle floating, wings outspread below us. I’m a bird, I thought. Just like you! 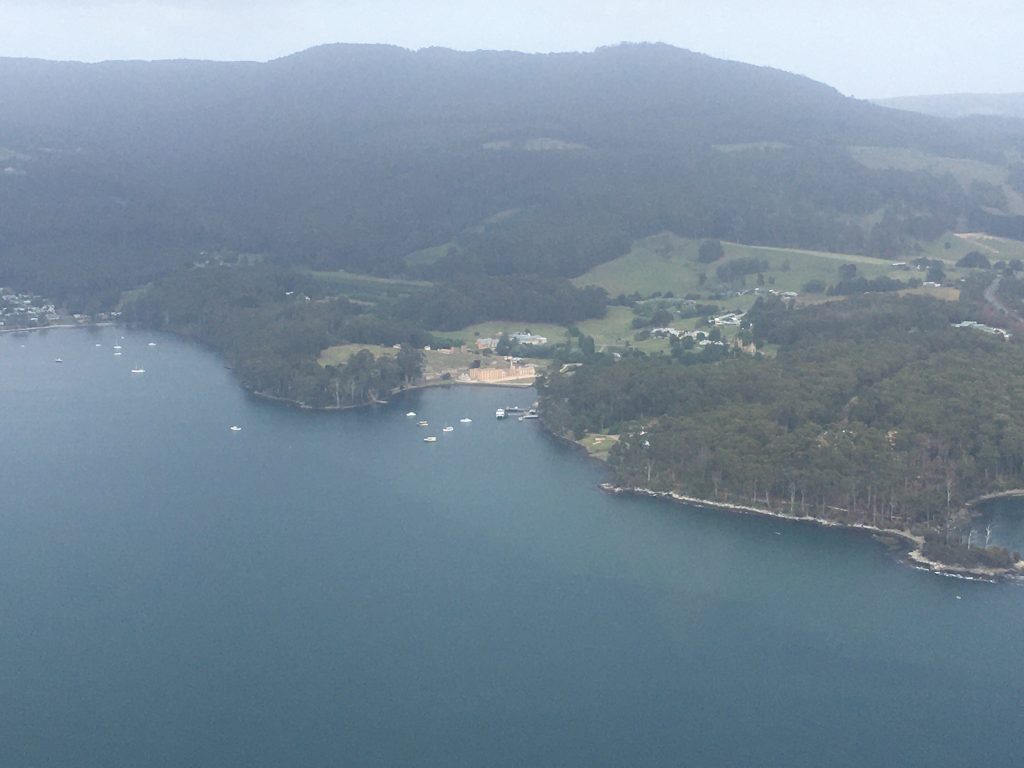 We weren’t too high for my damaged vestibular to send warning bells to the rightside brain. 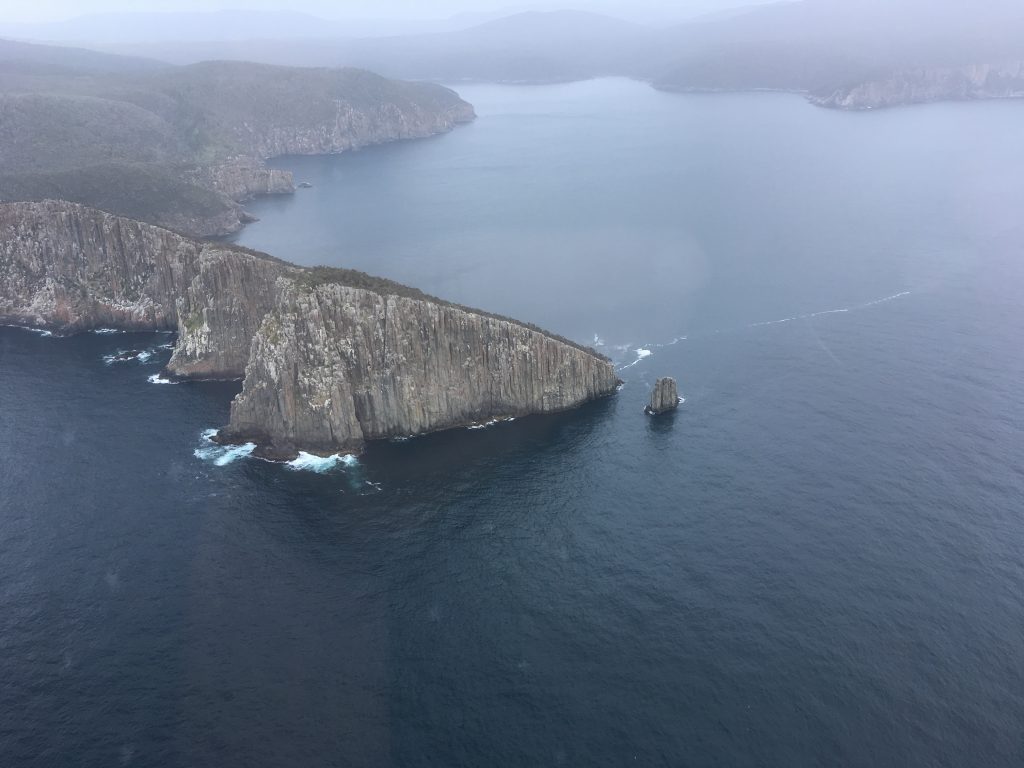 We could see the tops of waves, sculpted dolorite cliffs with sea crashing against the foundations, any number of sea-caves carved through aeons of time. The Three Capes Walk, the Needle, Port Arthur Penal Settlement…

As we scooped over the never-ending cliffs, I wondered what the first convicts in the early nineteenth century  thought as they sailed down that coast to their ignominious incarceration. Most would be seasick, desperate with privation, many lashed and starved, longing for the lush green of their homeland, not the thick and unforgiving bush that grows right to the cliff edge. It was no homecoming for them, despite that they might get landlegs again or avoid the debilitating nausea that is ‘mal der mer’. From purgatory to hell in a heartbeat.

For me, the flight was an eye-opener. That I can fly like this without fear, that views of inaccessible parts of my island coast are now accessible to me from the air, when they might never have been by sea (my chosen and much-loved mode of transport). This opens up a new world to me. But do I think commercial flights will change for me? No. They are metal cylinders crammed like animal transport, with barely a view out a window and with horrid seats, no space and no horizon to steady the dizzies. 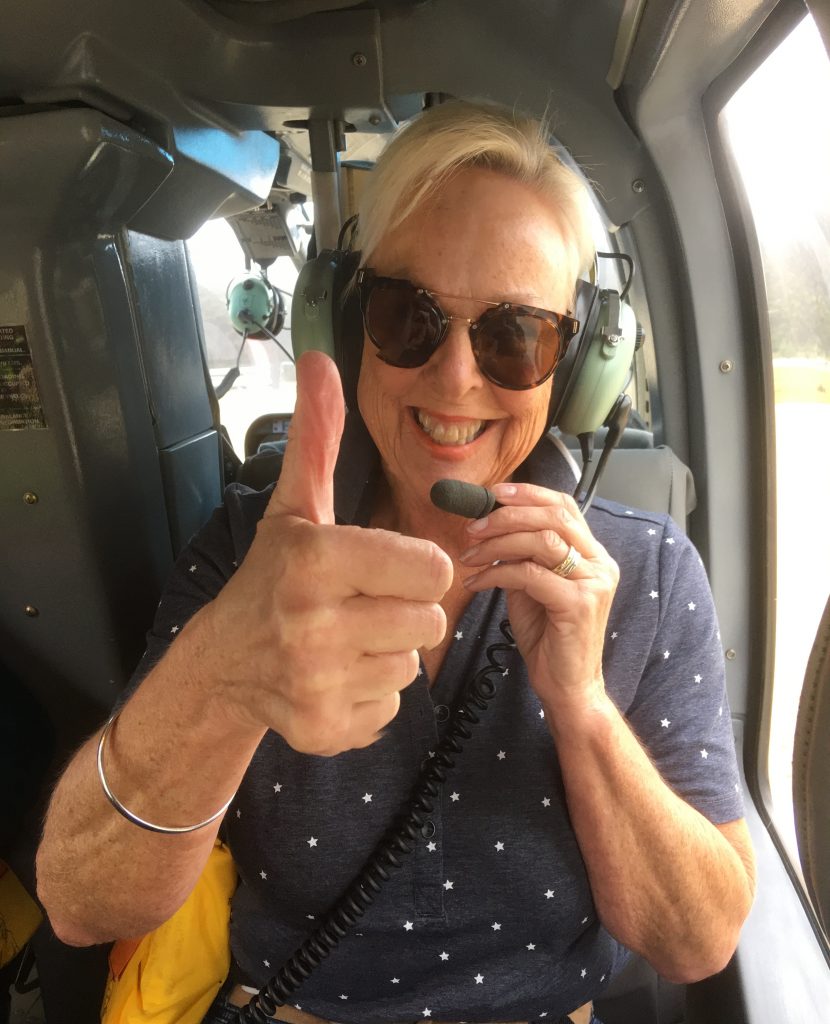 … that’s how I spent the day before Christmas Eve. Afterwards, to the Lavender Farm for mouthwatering hot chocolate and marshmallows, lavender shortbread and some lavender purchases. A magic carpet ride that girded my loins ready for the inevitable rush that is tomorrow and Christmas Day. 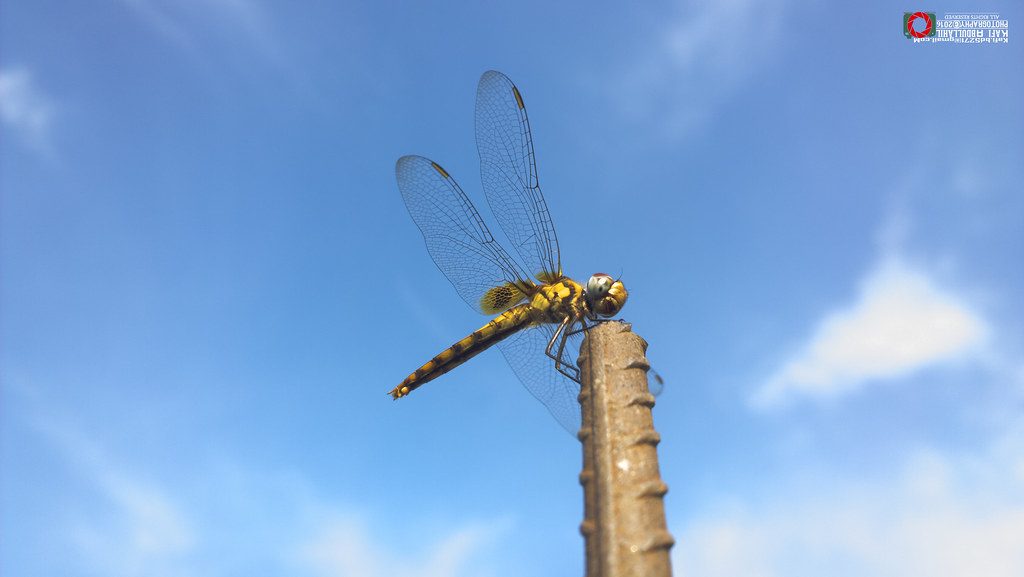 « My year of reading…
My Christmas-ish newletter-ish blogpost! »