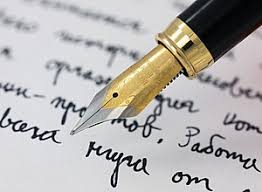 Am I missing writing hist.fict?

I’m sure you know that I’m having a break from writing hist.fict.

I’ve settled happily into writing a fantasy called The Cabinet of Curiosities and it feels as if someone has given me a box of paints and said paint a world. Better still, paint an adventure!

Imagine my surprise then, when this happened:

I was reading Rosamunde Pilcher 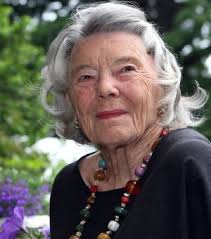 whom I have always admired, and just as an exercise, I wrote a paragraph in something of her style.

Annie glanced up from her book, a sunbeam slanting across her bare ankles, illuminating freckles and highlighting grands of sand that had fallen out onto the window seat from the rolled-up cuffs of her jeans. The woollen upholstery was warm against her skin and she re-crossed her ankles the other way.

It was years since she had stolen time and sat with a book in the afternoons. Maybe ten or more. That long. There had always been something else to be done – gardening, talking to her husband, cooking, dog-walking … her own books to be written.

But a couple of months ago, she’d been ill and with the illness had come a certain amount of selfishness – that maybe she could just creep into the corner of the window seat, lean back against the striped cushions and disappear to Bodnant or Porthkerris, even to Carn Cottage. The names rippled from the book she read, taking her to another coast, far across the seas and all the more exotic for being so. And like most things exotic, removing her from evocation here.

Outside, the garden was lush with spring; it didn’t need her because the weeds couldn’t be seen through the thickness of freesias and forget-me-knots, and inside, the dog lay stretched across the floor, panting in the sunbeams.

As she turned her head, the blue and white striped jug filled with blowsy freesias and pert daffodils caught her eye. Waves broke on the beach and if she listened hard, there was the occasional sound of seabirds circling in the seabreeze. Unlike others who found the wind cold and unfriendly, she loved its freshness as it blew its crisply salted way up to the cottage and through the garden, brushing past the last of the spring colchicums and fritillarias.

She settled into the cushions again, the words drawing her back to steeply inclined cobbled lanes and forgotten artists’ colonies. She loved books set in Cornwall or Devon. They resonated with that side of her that was born of the sea. She was the kind of person who felt ill at ease inland. When she drove across the top of the Ridge Road and saw Frenchies Bay and the peninsula stretching before her, she heaved a sigh of relief. Or when she reached the top of Paradise and saw the tip of the island above the trees, her soul knew she was almost home.

A writing luminary suggested I turn my hand to a contemporary womens’ fiction about women of a certain age (60+’s) and so I started on that path. Just for fun. I’ve only written about 3000 words so far but there’s a bit of a story developing.

Could it be anything more than a novella? Could it be in the descriptive, emotive style of Rosamund Pilcher? I have no idea.

But it prompted me to ask myself just how much I’m missing being a hist.fict writer?

Quite a lot actually. 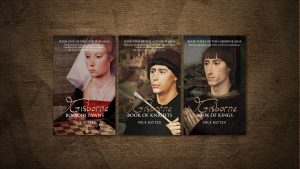 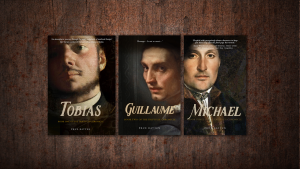 Six books set in the same timeframe and peopled with characters who all know each other and whom I know intimately took up seven years of my life. Hours were spent reading masses of colourful research which drew me deep into the world of medieval trade and into Lyon and Constantinople in particular. I hadn’t thought I would miss it at all, especially the need to dot every historical ‘I’ and cross every historical ‘t’. With historical fiction, one often treads two steps forward and ten steps back. But history provides the writer with a world, with clothes, food, politics, action, intrigue and so much more. It’s all there, just waiting to be moulded into a story.

There’s also something socially solid and grounded about being a hist.fict writer. It’s an ‘acceptable’ genre. Fantasy is looser, broader and it’s hard to find exactly which niche my fantasy writing fits into.

With contemporary fiction, I will have to find a new audience who don’t know me from a bar of soap and that’s quite confronting. I’ve had a readership of fantasy and hist fict that goes back to 2008. Now I am asking them to take a leap of faith with me and try a new genre.

So yes, I’m missing writing hist.fict. for the familiarity alone.

One day I will come back to it.

We all need that from time to time, don’t we?