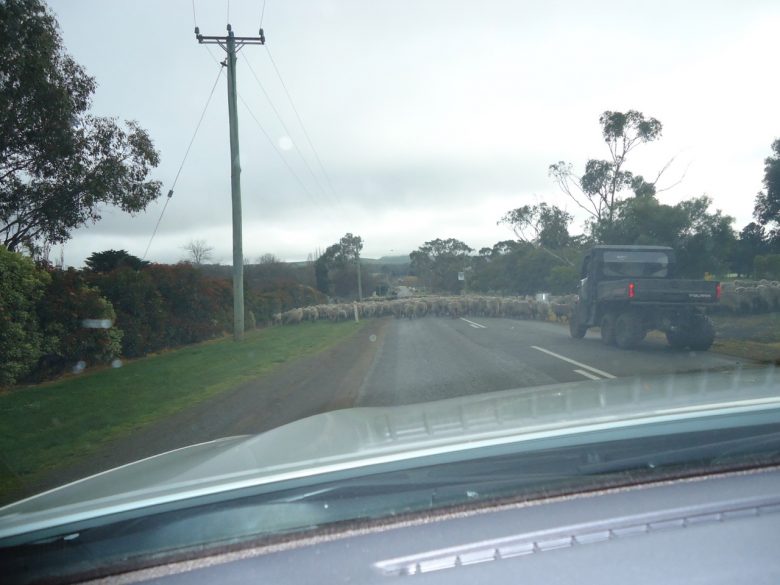 ATV’s – the arse end of farming!

Yesterday my darling husband who still sees himself as something of a youngblood, had an on-farm accident off an ATV (Quadbike). 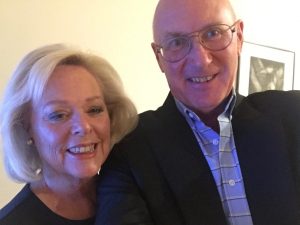 ATV’s have been a serious gift on our farm because parts of it are very steep and almost inaccessible. 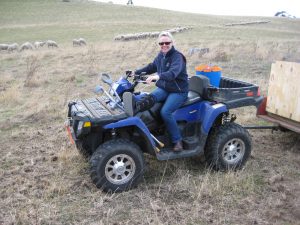 And they’re like a mobility chair when one is on crutches!

We also choose not to have a sheep dog, because we like the calmness of moving and working sheep without the pressure of dogs pushing them.

Our sheep have always moved willingly without the noise and push of a working dog and of course, we’ve always had a small enough flock (anything between 500-1000) to make that a feasible proposition.

But ATV’s come with risks . They can bounce and roll and last year, it became legislation that all ATV riders wear helmets.

I’ve only ever been this afraid in my life twice before. Once was when my husband had surgery for cancer in Melbourne two years ago and once was when my son, twenty five plus years ago, fell off the bow of a rubber ducky and the motor propeller hit him three times across the head. (Yes, we do lead eventful lives!)

I frantically locked what sheep had gone through into the holding paddock, managed to get my car through the angled gates into the lane, pulled the second gates behind me (they kept catching on the road bitumen and I was using many many ‘F’ words and tears). The phone line was still open, and I could hear my husband panting, imagining him prostrate, broken and cut, internal injuries, maybe paralysed. 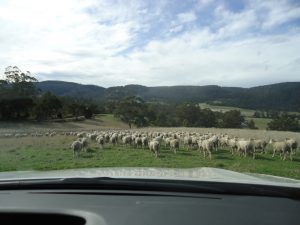 I had to drive carefully through a mob of milling pregnant ewes and to get to my husband who was standing by the smashed bike. Good sign -standing and cogent!

His glasses and the helmet were gone, his arm was at an odd angle and I thought worst case – broken arm.

It was important to remain calm and give him a sense of all being okay, so I loaded him into the car whereupon he began to have breathing issues and massive pain. My stiff upper lip was straining at that point, I can tell you! I called 000 for an ambulance and began the slow journey back to the farmyard to wait, immediately surmising he had, at the very least, cracked ribs and thanking the stars for mobile phones and good reception! 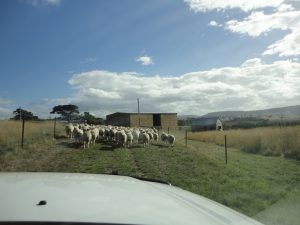 The ambulance arrived with siren and lights which must have been thrilling for the neighbours, but rather too close to reality for me and yes, my hands were shaking.

It appears he was trying to get around the flock in our stock lane and in the low late afternoon winter light, hit a boulder covered in tussocks. He flew off the bike and the upshot is that he has broken ribs at the back near his spine, whiplash and a broken left collarbone along with massive soft tissue bruising of the left hip.

He is one lucky man.

I am one lucky wife that I still have him – hearty, if not hale.

We may have a bit of argy-bargy in the next few weeks, as I push for this ATV to be sold and a side by side with roll bars and seat-belts replacing it. 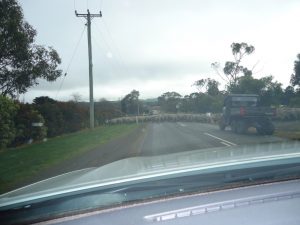 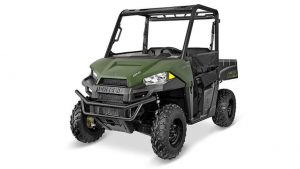