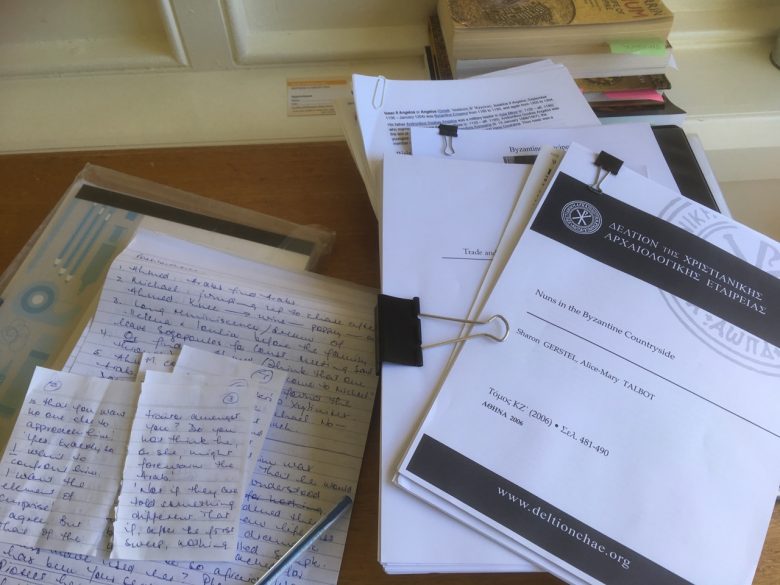 January is done and dusted!

And what have we accomplished?

Well, there’s all that largesse from the veggie garden. Every day I wonder what to do with it so it’s not wasted. 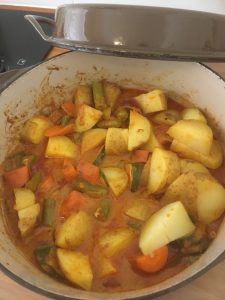 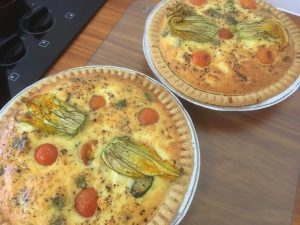 Today, after bit of time with a cup of tea and a recipe book, I came up with vegetable, cashew and coconut curry and two savoury flans – all now in the freezer. Last week, it was zucchini soups and apricots all cut and bagged. Also apricot and cherry plum jam made by my husband. He’s so much better at jams and pastes than me. We both feel like squirrels.

If its sunny and warm, we head to the beach and sit in the shade of boobyallas, with broad-brimmed hats and shirts. 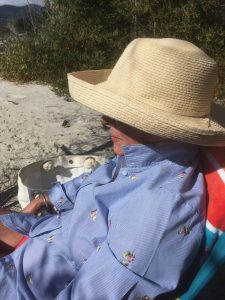 We purchased a delightful lino-cut print of men and boats from the local Spring Bay Art Group’s annual exhibition. 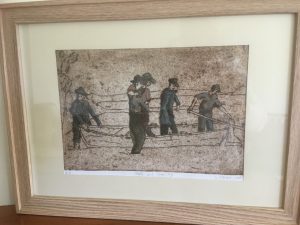 Based on a series of photographs taken at Port Davey in the 1900’s and which are currently stored at the Tasmanian Maritime Museum’s archive.

I’ve spent many January nights with my embroidery frame (and Netflix). 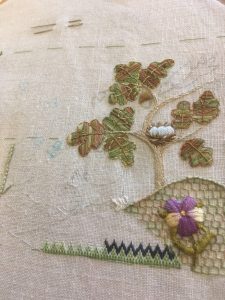 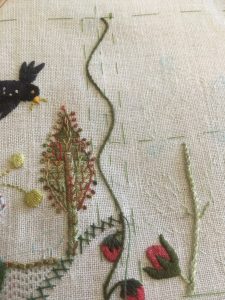 Firstly on the crewel project from Margaret Light’s 2017 masterclass. And then on the new idea from my sewing friends – something along the lines of Take A Stitch. We’re making samplers by doing one stitch a month – really examining the stitch and its idiosyncracies and variations. 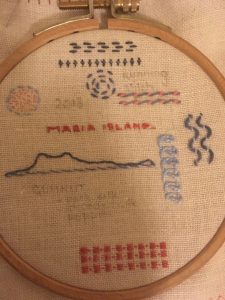 Whether we keep it very analytical or go off-piste is up to each stitcher. I’ve gone a bit off-piste with my first stitch (no surprises there!) which is running stitch and with still some variations to add.

And then most importantly, 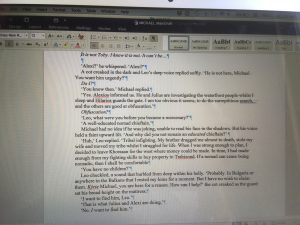 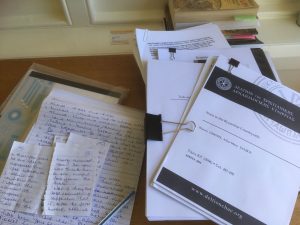 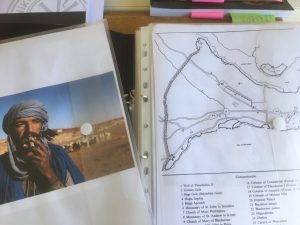 I’m a Pantster (writing by the seat of your pants), so it’s immensely revealing, each day. For example, I had no idea that today, Michael would go back to Sancta Sophia (Hagia Sophia of the 12th century) and confront Father Symeon.

Anyhoo, February tomorrow morning. More of the same coming up!