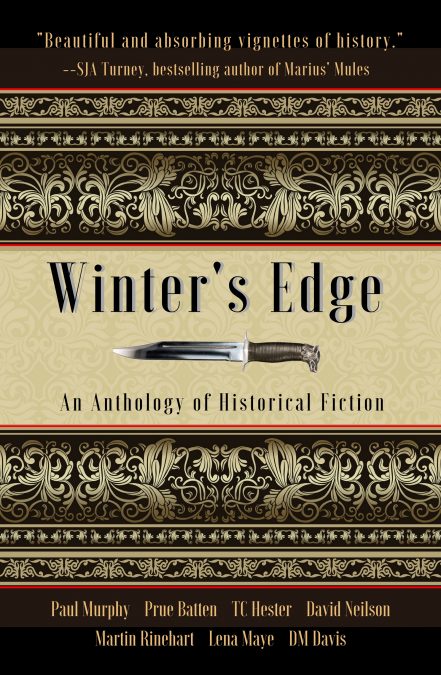 My involvement with the beautifully crafted Winters’ Edge Anthology came late, courtesy of my friend, Paul Murphy. He and I belong to a group called Inkslingers Veterans, where anthologies are written to raise money for cancer research. (See Tales from a Carboot Sale, Historical Tales etc on Amazon) 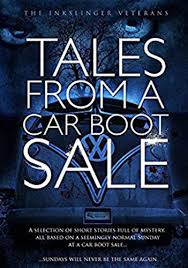 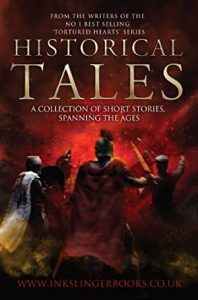 When he asked if I’d like to join an anthology group called Della Robbia and submit a short story, I said yes with my heart, whilst in my head I was shouting ‘No, no, no, no!’ I’m currently writing the final novel in a hist.fict trilogy and owing to my husband having serious cancer surgery only five months before the invitation, my timetable had been rather drastically altered. Not only that, I was writing a short for Inkslingers and a short for a competition that was dear to my heart. I also write shorts for www.bopressminiaturebooks.com in the USA and was committed to submit to the press during this time. Thus, I was way behind the rest of Della Robbia when the call came to provide the first word count, but somehow I managed.

Then I started reading the others’ submissions, because to that point, apart from Paul, I had no idea who the Della Robbia fellows were. The first piece I read was David’s and I knew from the first paragraph that I was in the company of a skilled literary writer. Paul followed and of course, knowing his writing, I was in the company of familiar characters and people – very happy!

Then I read Teddy’s – a hist fict written with great skill and told within a Renaissance setting, a favourite timeframe. Martin’s followed and because Jane Austen is my most favourite of the classic writers, I sat up, shivers down my spine, rather awed at how he encapsulated her voice and style so well.

Dana’s beautiful piece followed on and I began to think that hers should become the kind of movie I love. In a short story, she captured a gentle romance of the kind that Tom Hanks or Robert Redford might direct with such heart.

And finally, there was Pinkie’s…

It was like walking through an art gallery of arresting images of the Dust Bowl – the emotion, the setting, the characters. Heart-wrenching! I adored it!

By this time, I knew I was privileged to be a part of something truly excellent and so I wrote with my heart on my sleeve about a time I love and a setting I knew well. Vielle was born. We released a beautiful anthology on November 17th and I’m beyond proud to display it on my website as part of my list. In honour of its release, I decided to ask my fellow Della Robbians why they had joined in the first place. 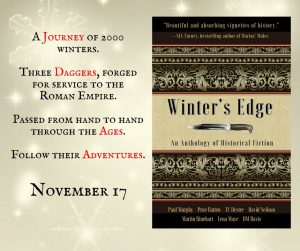 We begin with Teddy Hester, our lynchpin.

Before this project, only Paul and Prue knew each other, and I was the thing the rest of the group had in common. Receiving critiques of work-in-progress from this informal team is always an eye-opener: Martin tells me what he thinks in terms of market research and reasoned analysis; David shows me how to smooth and organize my text; Dana shows me where I need more heart; Lena points out structure issues, including what David calls “clinkering” and others call Motivation-Reaction Units (MRUs); Paul beefs up my tension, conflict, and action scenes. And now I have Prue to double-check my historicity!

The group, Della Robbia, is named after the lushness of the Renaissance sculptor’s work often depicted in winter holiday decorations, was born.

I’d had an idea to try a PG-rated anthology for the year-end holidays that wasn’t geared toward any one holiday or culture. That meant some other themed device would be necessary for the project to have cohesion. I mentioned the movie The Red Violin to the group, a few ideas were discussed and voted upon, and the idea of three daggers floating through time, geography, and cultures took hold. With at least one dagger woven into each story, Winter’s Edge ended up being a sort of Where’s Waldo? of historical winter celebrations.

Teddy and I met on the writers’ site Scribophile when we both critiqued someone else’s work, and sympathy sprang up instantly between us. In no time, we were swapping texts with each other, despite the fact that Teddy expresses enthusiasms with a transatlantic gusto quite overwhelming to my native British restraint. (And also despite her abominating kale, one of my great favourites.) I really admire Teddy’s industry and vigour, her habit of setting herself goals and challenges, her feet-on-the-ground attitude to writing, and her great generosity to the writers she comes into contact with. Winter’s Edge, which was Teddy’s inspiration – including the idea of the daggers holding all of the tales together – is a fine example of those strengths.

I became involved with the Winter’s Edge Anthology due to the encouragement of Teddy (TC Hester). I’d been working on a new romance series since NANO last year, with the plan to self-publish. That was a new concept for me and Teddy thought getting involved with a group of experienced writers would not only be a great experience for me, but also a way for us to step into the self-publishing pool together. I was reluctant, being a new writer, and felt wholly unqualified to participate. With Teddy’s not so gentle prodding, I agreed­­ – thankfully! Though truly terrified to share my story, I found our rounds of sharing chapters and critiquing each other’s works to be less intimating than I feared. They were highly educational and a true pleasure in the end. I am honoured to be included among such gifted authors. Being a part of this anthology has been a true gift.

It was an absolute delight to be part of the Winter’s Edge Anthology. When Teddy mentioned it, I jumped at the chance and thoroughly enjoyed meeting and was honoured to work with the other authors and their respective stories.

About that time, I took a holiday to visit my grandmother. She grew up on a soybean and corn farm outside Kankakee, Illinois. As a girl, I would visit her on the farm. I remember riding in the combine when I was young–the dusty, thick smell of the earth and the burn of a constant sun. It’s so easy for me to imagine what it must have been like for her growing up in the rambling, white farmhouse. She was born in 1927, so she would have been a girl in the 1930s during the Dust Bowl.

My grandmother was a spitfire woman who always had a joke to tell. She had this head full of curly, red hair and loved to travel–circling the world more than once. But life was much different for her when I visited recently. She was confined to a wheelchair and unable to communicate clearly, but she was still just as sharply intelligent. And she loved to listen to stories. One night she motioned for me to tell her a love story, and I thought of her days on the farm and started to talk, blending in things from her past. I told her a story, but I wished so deeply that she could have been telling it to me–what her life had been like in that trying decade.

The story I told wasn’t exactly the one that ended up in Winter’s Edge, but it had the same feel. My grandmother passed in May–one week after I wrote the first lines of Once Was Lost. So I penned the rest with her in mind–telling her a love story.

Writing a story, is a lonely business and now and again contact with fellow pen pushers is required to keep one’s sanity. The writers site, Scribophile, is one place I visit in the virtual world to find the warmth, and welcoming embrace of other authors of all genres and degrees of ability who never fail to offer some empathy to a lonely quill dipper. It was here that Teddy found me, when she critiqued one of my works, Wolf of Rome, and an instant rapport followed.

So, when she mentioned the anthology, and would I be up for covering the Roman era, I jumped at the chance…. hey, my split infinitives would surely be sorted in a flash and banished away further than the moons of Jupiter! (that further is just for you Teddy, I know how much you love the word!) It was always a win-win situation for me, so of course I gladly accepted, knowing full well she was there, right behind me and would sort out any minor/major issues.

Thankfully, she did just that, and polished Wolf of Saturnalia, along with David, from a smeary tatty vellum parchment to a shiny marble plinth. As the anthology slowly took form, it only then dawned on me how strong my fellow authors actually were, so it is all thanks to Teddy and David’s plentiful use of many cans of polish that I humbly take my place it this book! 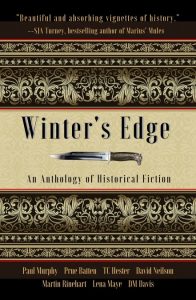 Unfortunately, Martin is currently in absentia, perhaps walking England’s leafy lanes and estates with the characters from Emma or Pride and Prejudice, and so I haven’t been able to raise him, but in between times, Christmas is coming.

This collection is such a bonus for the holiday season – evenly priced, sterling quality and a premise that is extremely unique.

And see? It’s even ranking in the States… 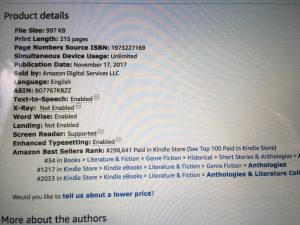 We hope you will consider this book and we hope you enjoy the reading experience as much as we enjoyed writing it for all discerning readers.

From all of us at Della Robbia … very best wishes.