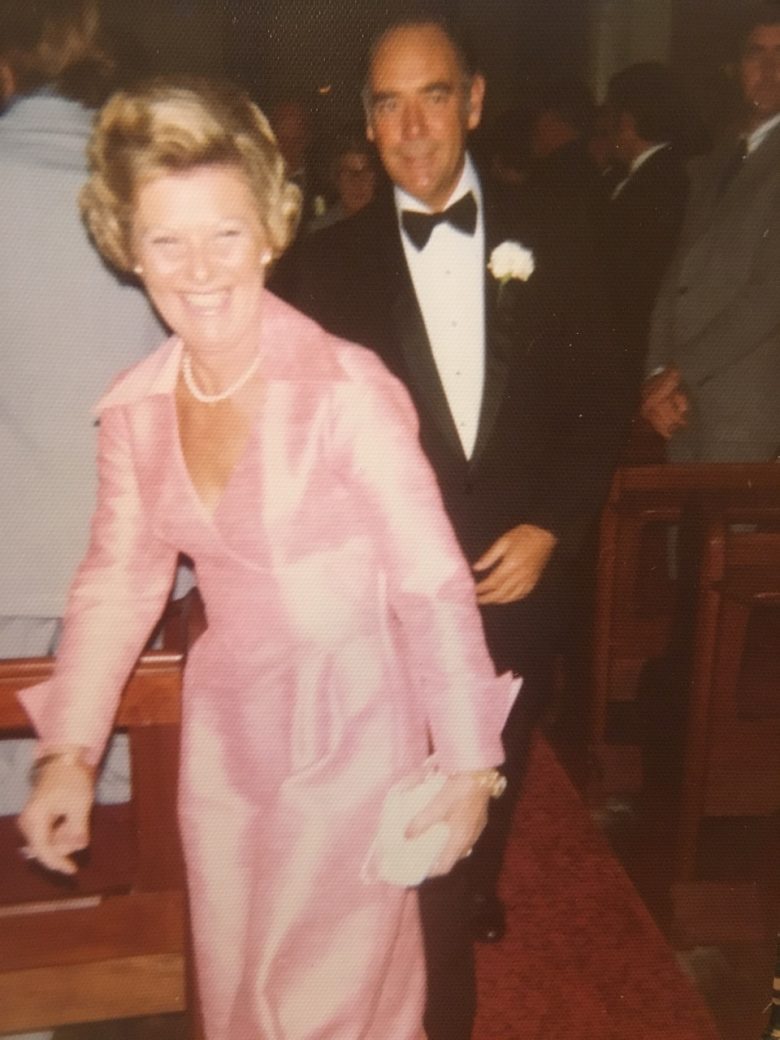 My Mum died two years ago this weekend at the age of 89 and ¾’s. And before the wind and rain arrived, I went to her healing place on the beach and remembered her. Scouring House’s garden, I found white and pink hellebores and some spikes of forget-me-knot, the latter so apt. 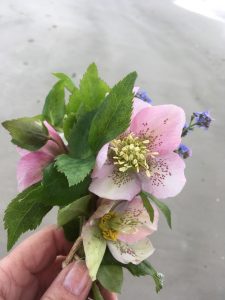 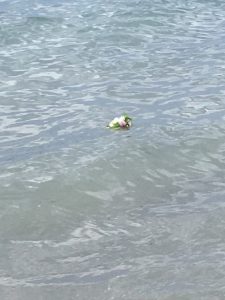 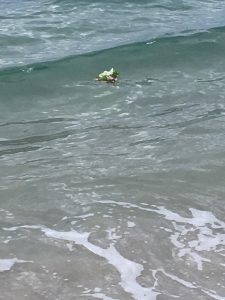 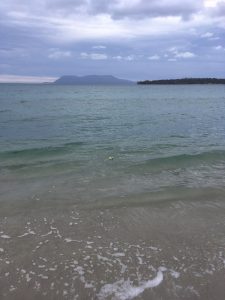 The sea took the flowers, cossetted them and finally they drifted out toward the bay she loved with all her heart. 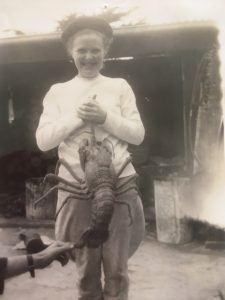 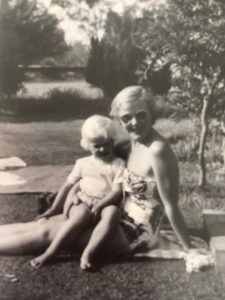 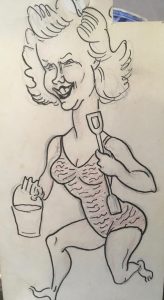 The beach, the sea – no prizes for guessing where I got my love of the ocean and summer from… 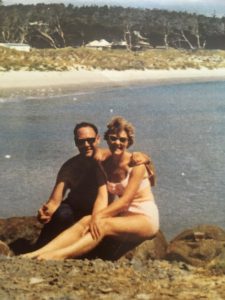 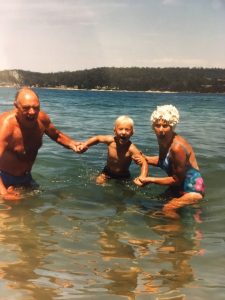 She was such a trooper. Energetic to the last, despite her body shouting for her to stop. Beautiful to the last too. She would never present herself to the world without a flick of a brush through her hair and some makeup on the face. A ‘face’ helped her cope, she said, because my Mum was an introvert, had no sense of self, no ego.

And she was tough! Never letting severe pain get on top of her. Two years before she died, she had a terrible accident – tripping out the door with a full basket of clothes. She landed on her knees, bashing her bad shoulder, her head and her arm against the doorframe.

Not in favour of wearing a panic alarm or carrying a mobile phone, she somehow crawled back down the hall and into the sunroom, ringing me on the landline. ‘Ducky, I’ve had a bit of a fall. Can you come? I feel a bit wicky wacky.’

When we arrived, we followed the trail of blood down the hall and after calling the ambulance and getting her to hospital we were given the list of damages – ligaments ruptured from the kneecaps, shoulder damaged, grazes on face, arm and legs.

But for her, just another hurdle that she would tackle in her usual way… by the stars I wish I had her stoicism.

She spoke her mind when it mattered. If I stepped out of line, if her grandkids erred. She was the matriarch and it was her right. But my most abiding memory and one which fills me with pride, is Mum, then 84, standing in front of the Resource Management Appeals Tribunal (RMPAT) and telling them in no uncertain terms why they should protect the beach on the Prosser River from the developers, Michael Kent and Keith Pybus. 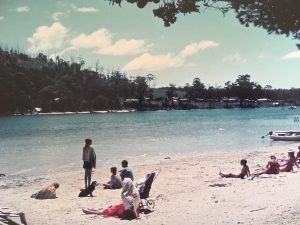 We won that fight and I like to think that the tribunal actually listened to what a senior citizen with heart had to say!

To my brother and I, she was and remains our icon – courage, derring-do, energy. And love.

To her son-in-law, a petite bundle of brightness and love.

To her adored grandkids, an inspiration to never give up or give in, leavened with love. 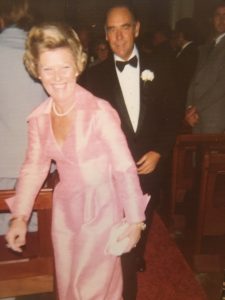 (Mum and Dad at my wedding)