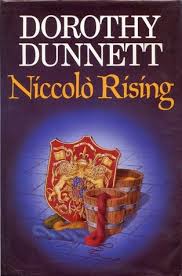 ‘He’s offering us special cheap rates for alum through his brother?’

Nicholas said, ‘He’s offering us special cheap rates of alum. And regular supplies of alum. And indeed a stockpile of alum if we want it. Which we do.’ Niccolo Rising.

Oh, but then of course there was also the way a little dye-shop in Bruges began to turn itself into a merchandising company to be reckoned with, under the aegis of Anselm Adorne, and with a mercenary army, and a bank as further ventures. And all hanging off the arm of Trade, as if Trade were a pretty woman and all must dance with her.

Trade wore silks beyond belief and I wanted to touch them, feel the crisp cool folds as they ran through my fingers with a whisper. 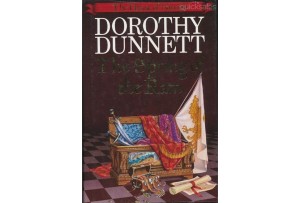 ‘She sat in the reflected light of her robes, under a canopy held by four light golden poles…Behind her, high as the tent and lit by a ten-branched candelabrum, was a stretch of silk painted with flowers and birds in such a way that she herself appeared part of it. She sat among violets and peonies, roses and hollyhocks, willows and cypresses; and peacocks stood with hoopoes and doves at her shoulders.’ The Spring of the Ram

Niccolo taught me about trade and deals and Machiavellian sub-plots. And so it was that words began to resonate – spices, cloth and dyes. Those names sparkled like diamonds – spikenard, olibanum, cramoisy and turkil and a hundred, a thousand more!

And of course there was alum…

All required further investigation, a learning experience that has not ceased. I began to look further back than the fifteenth century as I researched my own novels. Especially the twelfth century where I discovered that Venice, Genoa and Pisa were already locked in rivalry in Constantinople, with Venice holding ‘favoured nation’ status. 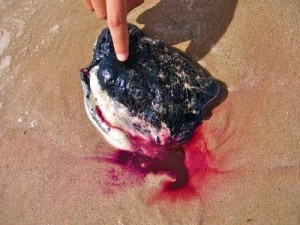 I discovered a dye called Tyrian purple, made from the shellfish, Murex, and which was heavily embargoed by the Byzantines so that it became a heady and desirable commodity in the west. And I wondered what might have happened if Niccolo had discovered the purple before me! 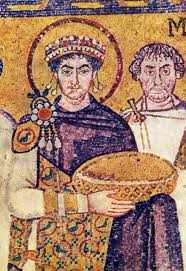 Without doubt he would have out-manoevered me, created an automaton that could make the Byzantines laugh and had Tyrian purple stowed on Crackbene’s ship before one could say Astorre!

But it was before his time and thus it was that a twelfth century troubadour from Pigna called Tobias began an adventure that would change his life beyond recognition, as he and his companions sought to pirate a shipment of the dye from under Byzantine noses. 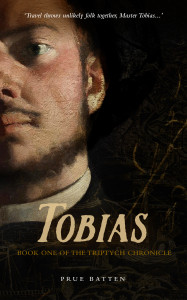 All in the name of trade.

And all because many years ago, I read about a trader called Claes who had an eye for business, and about a commodity called alum…