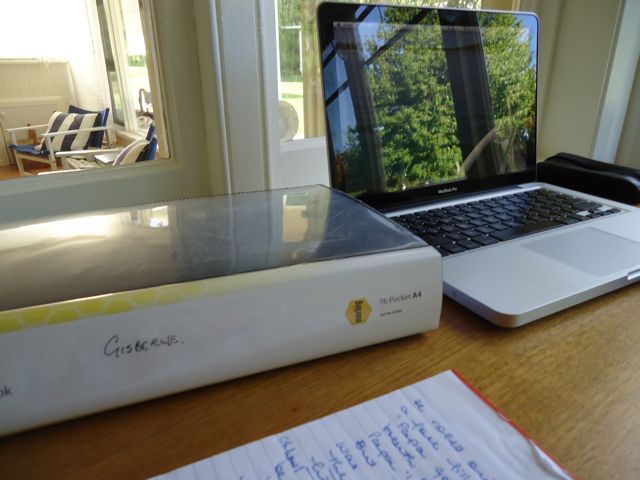 When I was under the editorial direction of Cornerstones at the beginning of The Stumpwork Robe’s  life, I read a small power-packed book called How To Write A Blockbuster, by Helen Corner and Lee Weatherly. One of the very helpful details in the book was a little sheet: effectively a character profile sheet. I scanned off a number for the book I was writing at the time and spent profitable hours filling in the detail.

I also trawled the net to find faces that gave me an idea of how I wanted my characters to look. Inevitably the faces belonged to actors (mostly), both famous and little known, and the nice thing was that I could watch those actors on the small and large screens and get an idea of body language and emotion, securing an almost three dimensional template for the character.

The initial ground prepared for those seeds to grow and thrive (or not) was detailed on those very important sheets. As each book emerged, so the character sheets began to build. More and more lives began to unroll before me. And in a way, I became one of the Fates so often mentioned in The Chronicles of Eirie. I decided what the past was, what the present is, what the future should be. It was I who said who lived and died, who loved and lost and loved again.

With each of my books I have loved building the profiles because as they grew, it was often a key in a lock. There have rarely been grinding sounds of iron on iron. The key would turn, the door sliding open smoothly. Potential sub-plots would lay themselves out through character machinations. Some might say it is like opening the gate to The Secret Garden or Wonderland.

To be truthful it is.

In some cases it’s changed my whole idea of a story!

« Faces for fiction…
This was my Sunday… »