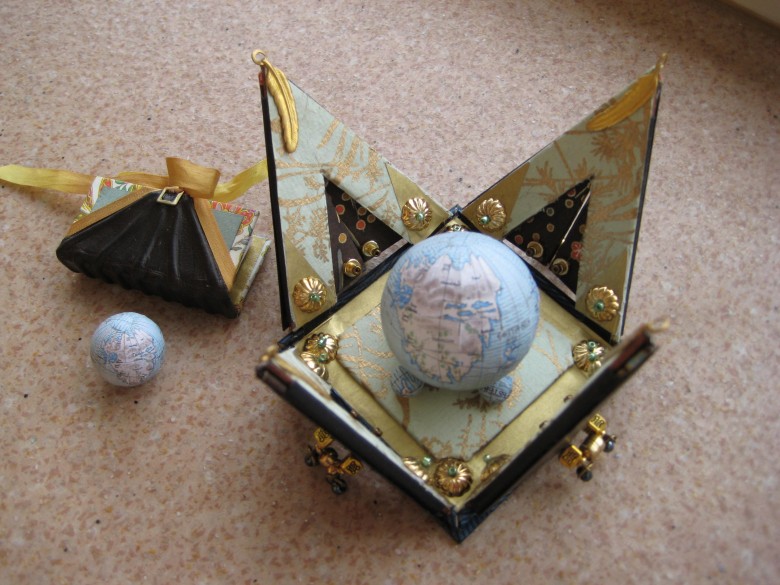 Once upon a time, in an unfamiliar land called Eirie, a young man decided he must find out how far the land and sea stretched from his very feet.  Thus began the life of Gervais the Explorer, later in the annals of Eirish history known as Gervais the Cartographer. 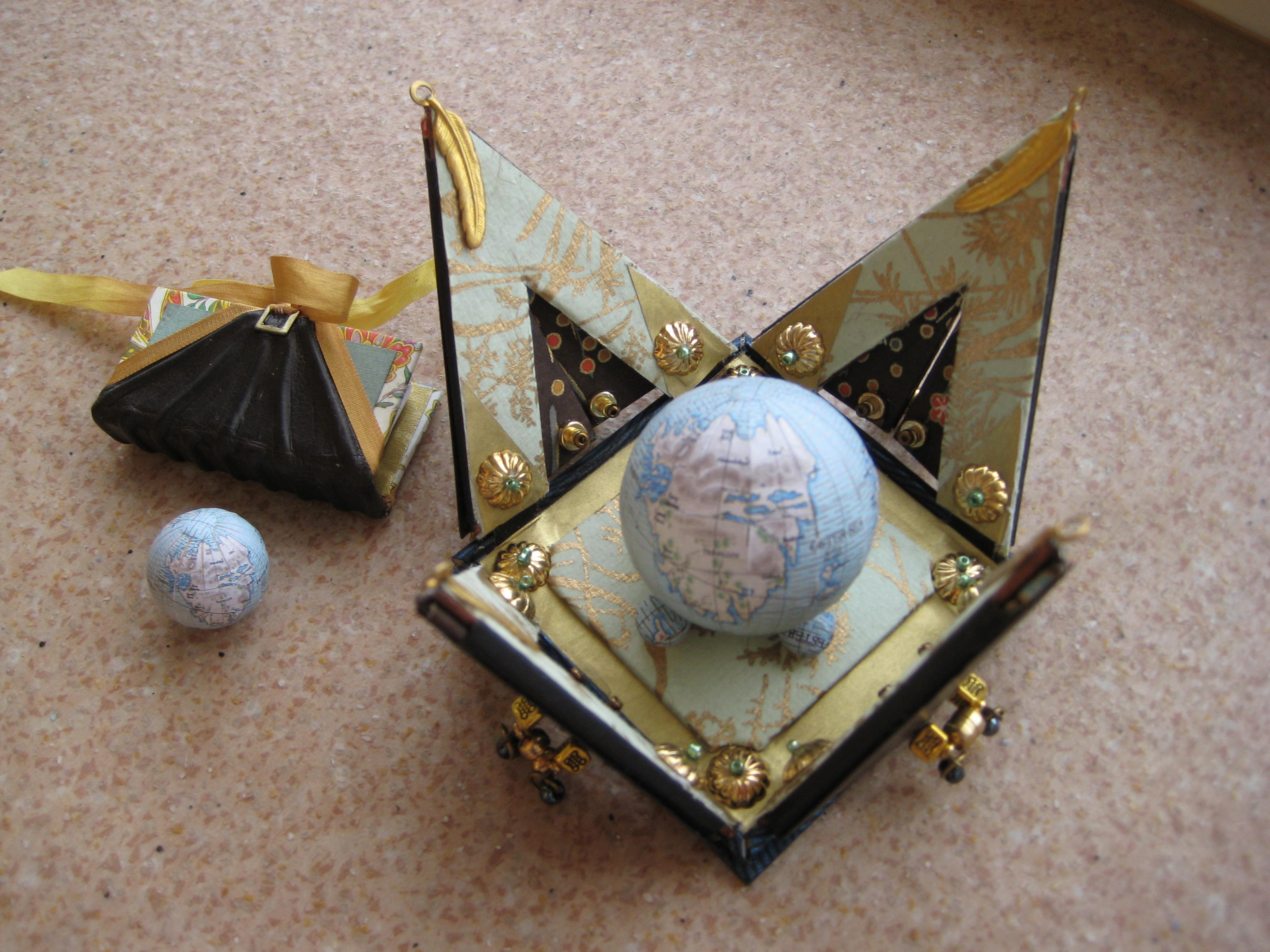 Much of his world was a mystery, overlaid by the world of Others, intertwining in an embroidery of such complexity that he almost lost his life a dozen times over as he mapped the folds of the land and the ripples of the sea.

The need for secrecy was imperative, for Others were jealous of their invisible and barely-there homes and so Gervais carried all his knowledge drawn onto a tiny pocket globe, one that fitted into the fob pocket of his vest. 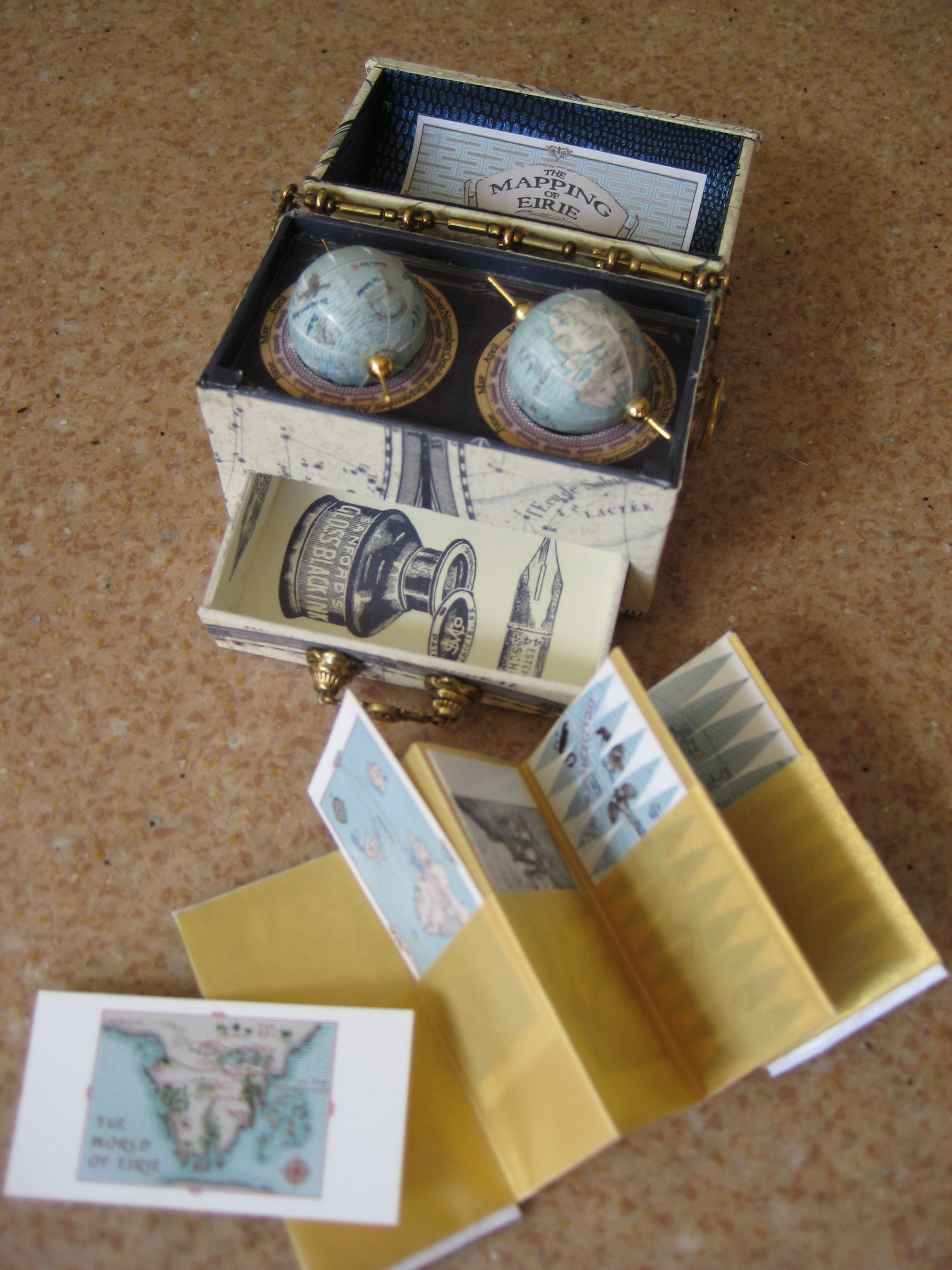 In his elderly years, he perfected the art of this miniature map-form and even wrote a treatise called The Divine Art of The Sphere which may be found in the library of The Palazzo di Accia in Veniche.

Fine examples of Gervais’s boxed globes are displayed  in the Venichese Museo, in the Hall of Explorers and many queue for hours to view such tiny specimens through especially tailored Venichese spectacles.

It is believed that he also created tellurions and orreries which mapped and mimicked the heavens above Eirie and seekers still search for these collectables.  One such expedition left some time since and no one has heard from the ship since it sailed west . . . west into the setting sun which has its own mystery.

The art of the miniature is something that has fascinated the Eirish since time immemorial and to see more of such minnikin pieces, 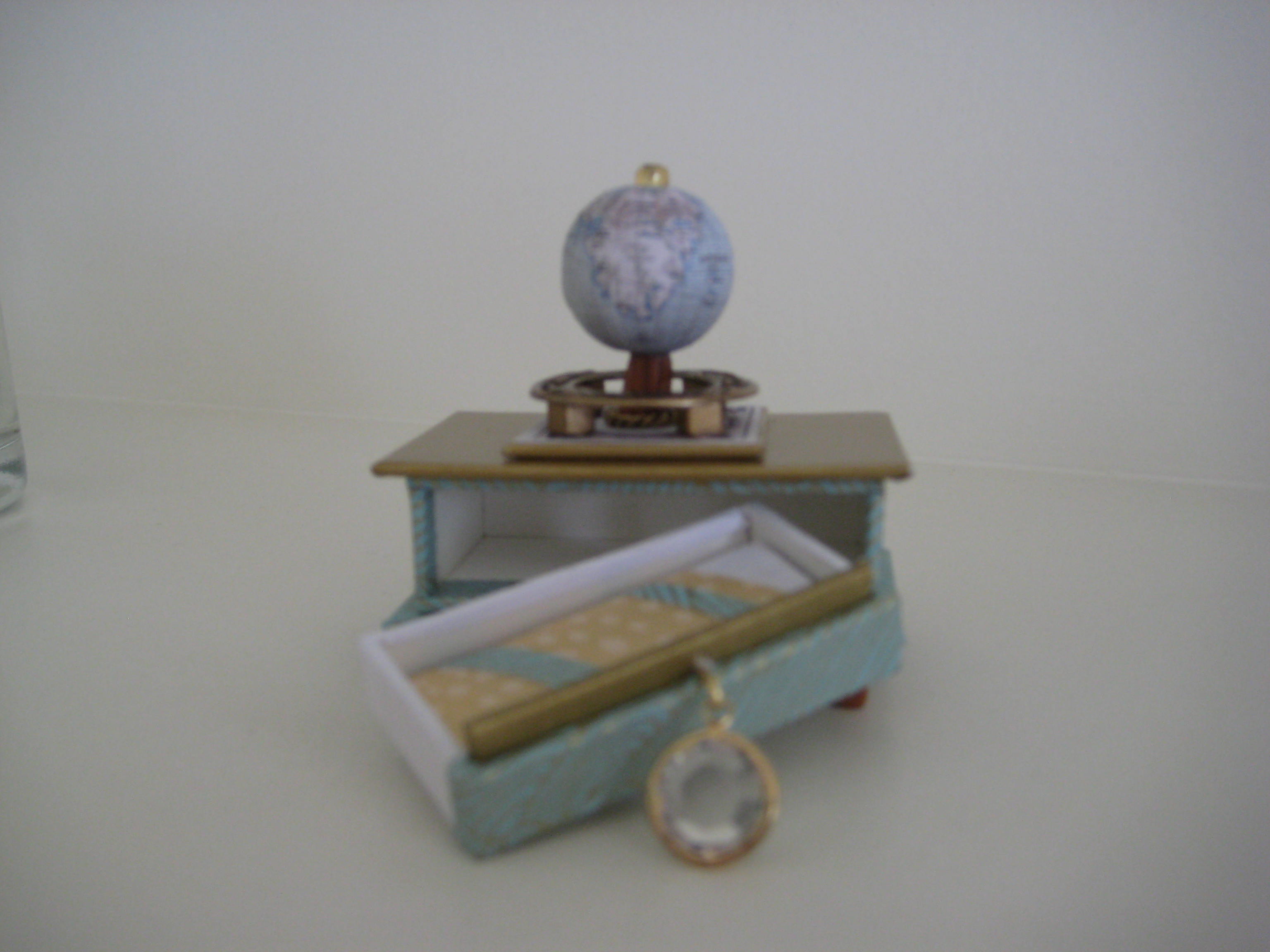 one should go to www.bopressminiaturebooks.com