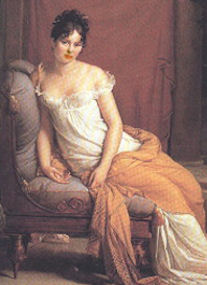 The tapping on her window was so faint that if she hadn’t been listening for it Sarina would not have heard it. Although the term ‘listening for it’ in no way captured the anxiety and anticipation with which she had awaited Hugh’s visit. Yet, when he finally did arrive, it was unexpected. The hour had grown so late that she had given him up, retiring for the evening to read a little in an attempt to distract herself. Fortunately, she had just received from Parthenope an exquisite little book about a Masked Ball, which she was enjoying.

When his knock sounded it took her a moment to realize that she was en déshabillé. Casting a filmy shawl around  her shoulders, she hurried to the long window and drew him inside. Droplets of mist clung to his dark hair; in the soft glow of the fire he seemed… he seemed what he was. Other. Sarina wondered if he would ever share his secret with her.

“Hugh! I have such a surprise for you.” She tugged at the golden chain around her neck and brought out the amulet from its hiding place. Sparks of crimson and cerulean short through its golden depths.

“The amulet,” he said, his look unreadable.

He guided her to the small settee by the fire and sat next to her. “Many things have happened. I have much to tell you. Forgive me. I’m astonished. I had no idea you would find a way to retrieve the amulet.”

“Hugh,” she said a little impatiently, “it is not like you to sidestep a question. Clearly something of import has occurred. And I gather it has nothing to do with the amulet. Confide in me. Whatever is afoot, I vow it will be better if we work together. You have kept your own counsel long enough.”

The somberness in his eyes lightened for a moment. “All right woman, have done! I am here to do just that. It is time you knew all.” So saying, he explained to her that several days ago he had received an unexpected communication from an old friend of his father’s. It had to do with a tiny book of cantrips that had recently been stolen from the Museo and the machinations to gain possession of it.

“But Hugh, what of the amulet? We have always believed it to be an object of great power, but I own that I have felt no tingle of magic about it. I am a little disappointed, in fact, that it doesn’t glow or vibrate!”

This did bring a grin to his face. “What? Have you not found yourself levitating or turning bugs to bats? Shocking.”

“Yes, but Hugh, really, what was the point of all that scheming to obtain it if the thing is just going to sit there? Although it is very pretty…” she reflected.

“The amulet has its part to play in all this – ‘tho not the part we envisioned. In the letter, Samuel North revealed to me that he had been the primary creator of both the cantrips and the amulet. He had two partners in the endeavor, one of whom was Rodolfo West – although that is not his true identity.”

“But then,” she said, bewildered, “the amulet is important.” 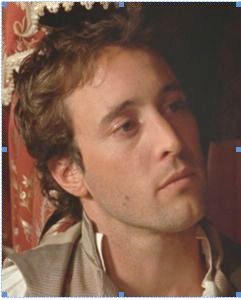 “Yes, but not in the way we believed. West’s mentor was more insightful than West imagined. Recognizing the temptation to which he exposed his protégé, he took precautions. The amulet was a blind, to misdirect attention and which he put in a place no-one would think to look. The cantrips are powerful by themselves. In conjunction with the amulet, that power would magnify many times over. It has always been understood that both keys, if you like, would be needed for ultimate power.”

“He hid it in the book.” Sarina stared at Hugh. “He took the substance of a very old Raji talisman – pounded thin to the point of transparency, and combined it with a piece of silk cut from a very famous and powerful garment – the robe created by the Traveller Adelina, now displayed in the Museo. He then secreted that nearly invisible object behind the endpapers of the cantrips. The power can’t be unlocked without the spell and the spell is of no use unless one knows to invoke it.”

“Aine, what have you to do with all this? A long-distant friendship with your father hardly explains…”

“Sarina.” His voice was quiet, he gaze direct and probing. “Let us have done with this pretence.” Her heart began to pound at what she knew – she knew – was coming at long last. “You have suspected my secret for some time now. There could have been no other reason for us not to become in fact what we have always been at heart. I have been prepared for a long time to bear a part in protecting – and perhaps destroying – the cantrips. My father always believed that my journey would end with me being forced back to the Other world. Knowing that, how could I begin a life with you?  I am Other, but only a small part of me. I have not the power to come and go from that world. If I go, I am forced to remain.

“However, Samuel North’s communiqué makes it clear that I do not possess the magic needed to complete the task. My value lies in my lack of involvement in things Other, which means I am not suspect. In recent weeks I have been working with West and de Fleury. Together, I believe we can protect the cantrips from the machinations of one who is truly evil. All three of us are certain that events will come to a head on the night of the Ball. Our arrangements are made. As for now…”

He stood, drawing her to her feet. Gently sliding the delicate shawl from her shoulders, he leaned toward her. She reached up and pulled him close.