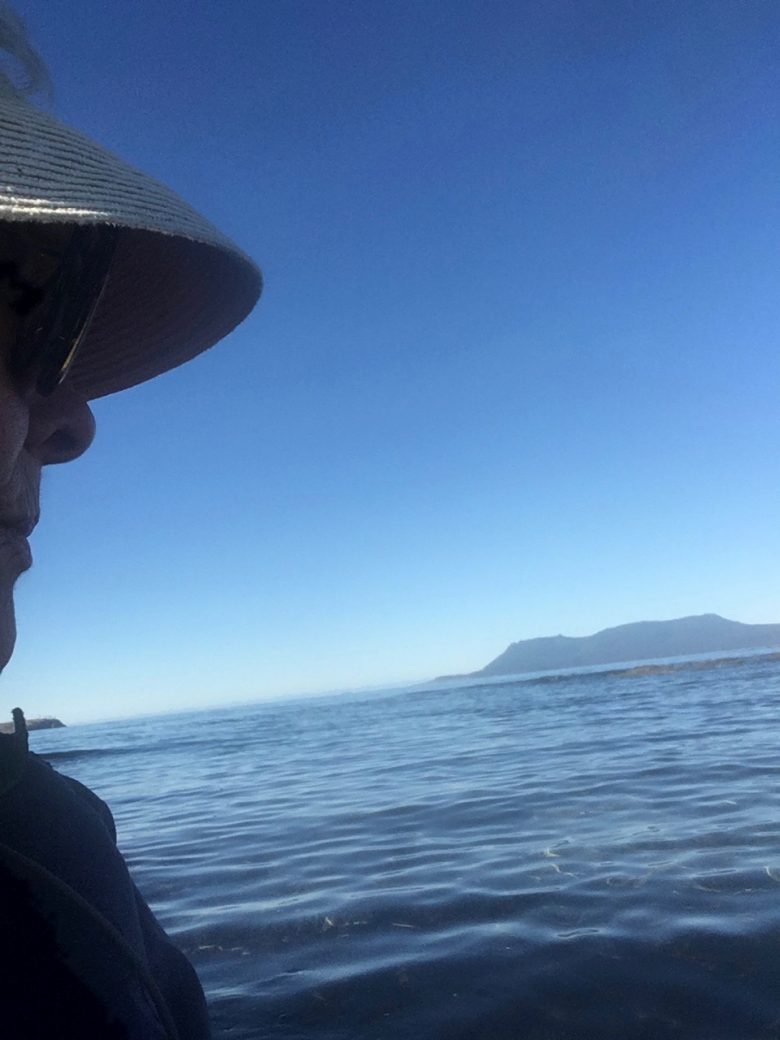 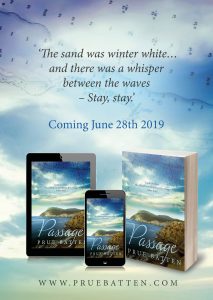 For me, it’s all over bar the shouting. There’ll be no launch party, no champagne (since having sepsis last year, I can no longer drink alcohol.

But I do think there might have to be a block of good chocolate. Something like Lindt or even better, Haigh’s. 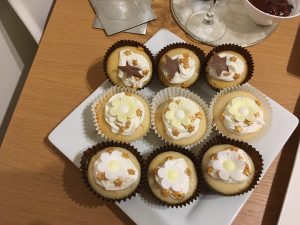 Or maybe some super special cupcakes with stars and nonpareils. 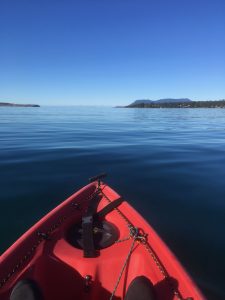 It was below zero this morning, with a crystalline frost.  It was still only six degrees at midday but the sky was pristine blue, the bitter breeze had dropped out and the sea was no longer steaming like the witches’ cauldron from Macbeth.

It stretched like a bolt of smooth satin, and with the pressure of writing off for the moment, I headed ocean-wise. 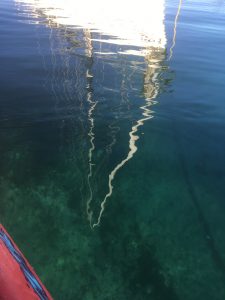 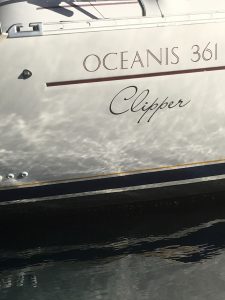 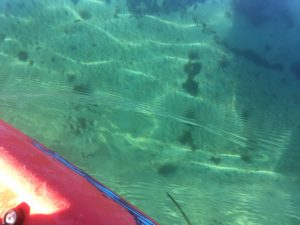 The water is so clear. It’s about ten feet deep at this point but I felt as if I could step from the kayak and walk ankle deep. 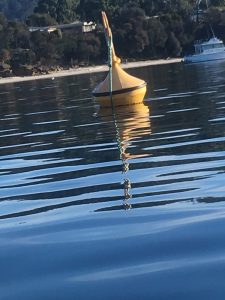 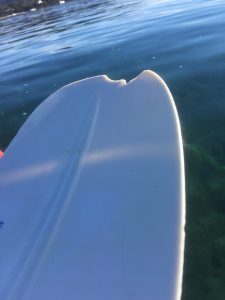 A minor skirmish with a white pointer shark? 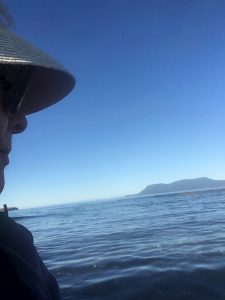 “She stood looking at Maria Island, recalling Alex’s hand against hers, just a whisper like a goose-down. ‘It’s always there. Good days, bad days, always there,’ she mused as she surveyed the bulk. More often than not she compared it with a regal dowager, dominating the space. As a child, it had been an aged aunt – awesome, to be respected but somewhat taken for granted in the energetic passing of youth. But as she matured, it became the favourite aunt, the dowager who smiled knowingly and with the intimation of ageless striking beauty and infinite wisdom…” extract from Passage. 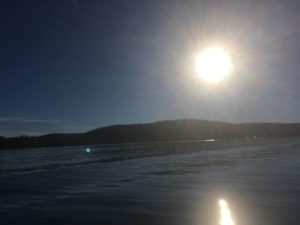 Paddling to the home beach and into sun that was cutting a fast arc across the skies toward the west.

You can pre-order Passage at mybook.to/Passage

« Grand Day Out…
Truth and fiction… »