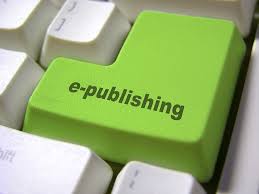 So why did I bother?

Simply, I became fed up with the traditional system. It works on a timeframe that exists far away in outer space, I’m sure. It certainly wasn’t my timeframe and as I was getting older by the day, I knew time was running out. Add to that the fact that less than 5 % of submissions ever make it beyond the gatekeepers, then it was indeed time to look at other pathways.

I was immensely lucky. In my submissions, I had never received a ‘rejection slip’. It was always a letter detailing the quality of my work at the time. But I was writing niche fiction then, and there was simply no market. Apparently. So they said.

I had been working through the prestigeous Cornerstones Literary Consultancy in the UK and the editors there had honed my work within an inch of its life. They also shopped me around to agents as one of their Hot New Authors. And I was in fact close to getting a London agent until she decided I lived too far from the epicentre of publishing, a fact which so shocked me that it was a turning point in my life. She sent a message saying she had a feeling she would regret this decision.

Funnily, I don’t regret it at all!

I was a member of a peer-review site – www.youwriteon.com, a site funded by the UK Arts Council, and the week of that fateful moment with the London agent, I received an email from the site saying they were venturing into POD publishing, was I interested? I took all of an hour at lunch with author GS Johnston to make up my mind.

My life as an indie began.

I entered the scene in 2008 and I have never looked back. I write a book a year – the time it takes for me to research, write drafts, have it edited, beta-read, re-edited, cover designed, formatted and then released. Many indies write much faster than myself but it’s seriously horses for courses.

I set up a website (since rebuilt), a blog, and entered the social media world with much trepidation. But I entered it at the same time as my peers at YWO and we stuck together, helping each other, promoting each other and slowly we began to make a name for ourselves. We followed serious commentators like David Gaughran, Joanna Penn, Joe Konrath and Anne.R.Allen and we heeded their advice.

When I began as an indie, I was a member of the One Sale a Month Club – hardly reassuring. But slowly the novels secured good reviews, five star rankings and awards. Currently my whole list is ranking in Amazon UK Top 100 categories and has done for over eighteen months unbroken. I went into this pathway with absolute no expectations and still have none. I wrote niche historical fantasy and have tended toward the niche side with my historical fiction, so at all times I thought if I sold one or two I would be immensely happy.

When I won my first award I was over the moon and when I won a silver medallion for the third book in the fantasy quartet, I could have walked on water with elation. When the first book of the historical fiction trilogy won its awards, especially the Book Readers’ Appreciation Group gold medal, life could be no better. But none of this was expected. That said it has paid off sweetly. How sweetly you ask? 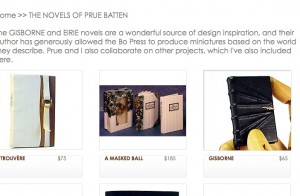 I have even signed with a highly regarded miniature book press in America to write short stories which are then printed in limited editions and artist-bound and illustrated. They have been snapped up by collectors and in fact a star of stage and screen has one of the editions.

If I were to give anyone advice on treading the indie path, it is this: