My little grey cells are often tickled from a multitude of the most disparate sources and it certainly makes for interesting days. Especially at the moment when one needs distraction from the world’s worst.

Usually as a writer, the tickling can be anywhere – I visited a National Trust property last year and it was the titles of each of the rooms that led me to think how I would love to write a fantasy series with each book named after one of those rooms.

There was a vague narrative whispering from the titles, so I noted the ideas down. A series for later, perhaps.

My latest fantasy is inspired by those strange collections called Wunderkammer – something that perhaps dated from the 1570’s. That fantasy work, which must remain shelved whilst I finish Reliquary, is called unambiguously The Cabinet of Curiosities.

Reliquary (Book One of the Pilgrims series set in the 12th century) itself was inspired by a piece written by historian Paul Badde for the German paper Die Welt about a famous relic and I look forward to publishing the novel in the not far distant future.

More inspiration came this week after editing a short-story I had written about a 12th century troubadour whom I called Tierry Falconquier. After an embattled studentship in Paris, Tierry is now a perfect lead character for the next book in the Pilgrims series. He’s already whispering away in my ear… 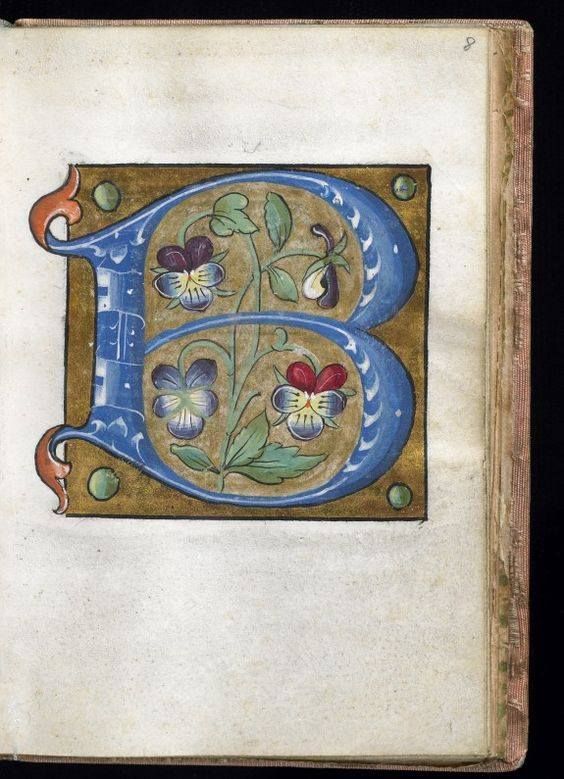 I would also LOVE to write a novel about a medieval illuminator. This is motivated by a lifelong interest in illumination, church calligraphy and the role of the church scribe in religious communities at the time. Whenever I see an historiated initial, I can feel the stirrings of a new story. 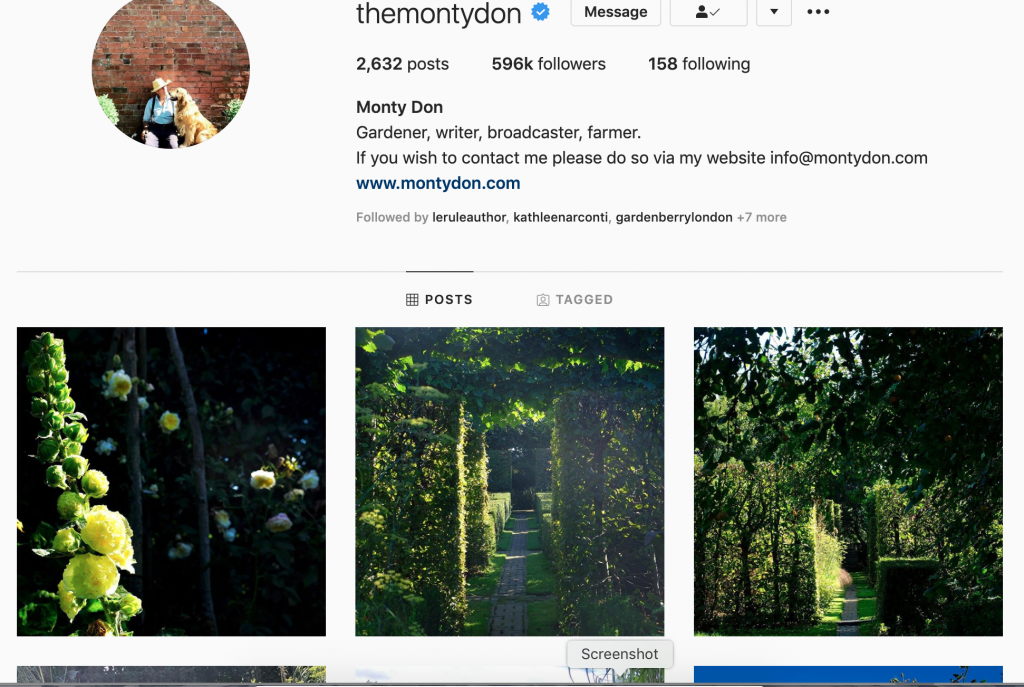 If we move away from writing to gardening – there is inspiration from a heap of pins on Pinterest, from Monty Don on Instagram, from fellow gardeners locally and internationally. Or maybe from something as simple as a beautiful garden as I walk along the street with my dog. Or it can be seeing an image of an auricula, growing one myself and then wanting to grow more and more. Or reading the River Cottage Veg Book and needing to grow my own veg. Or seeing a crafted and landscaped secret corner in a garden magazine and wanting to create my own. 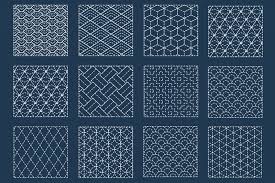 I mix with other embroiderers weekly, see what they are doing and am inspired. This last week, I saw my friend Suzi’s delicate homage to Japan and was in awe. Now I want to learn Sashiko embroidery. There was my friend Jayne’s Nigella and Honesty project finished and made into a cushion. I have that same project and now want to finish it. There is Suzi’s wonderful textile book filled with pages of basic embroidery stitches cleverly contrived to tell stories. We all began this as a Stitch-Along last year and now I’m inspired to actually finish mine. 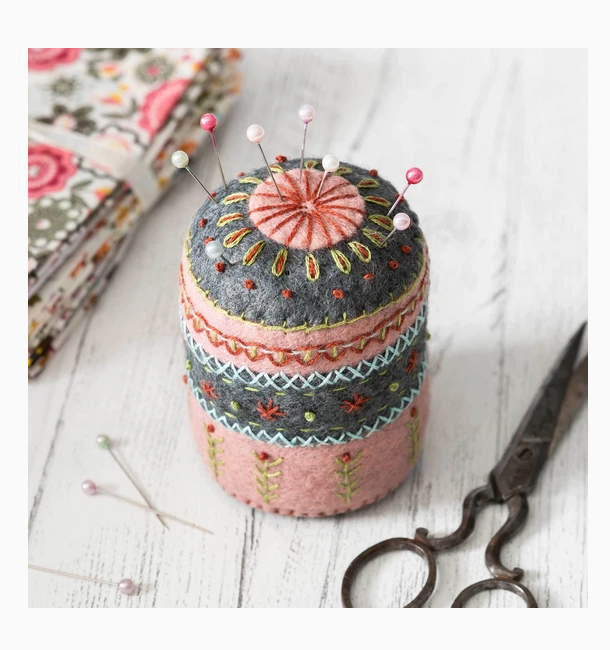 There’s also the wonderful Crafty Creek blog. What Margaret stitches, what she creates in Yorkshire is a stunning wonder. More food for thought. 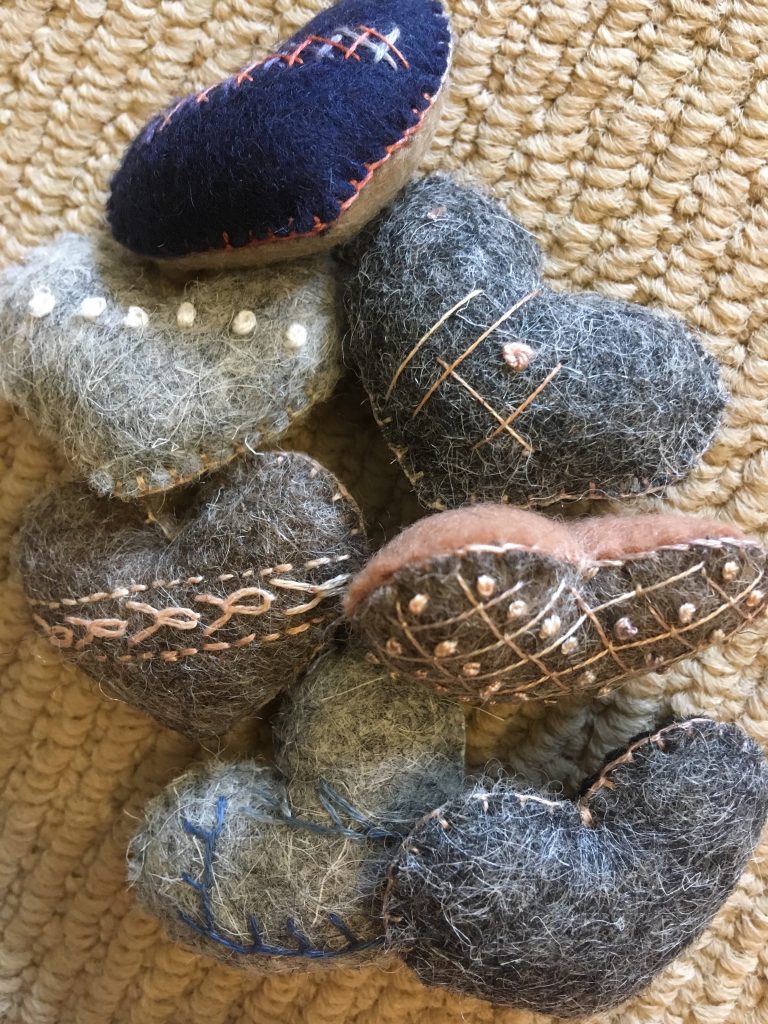 And of course, who can forget 1000 Hearts ? The fact that kindness and empathy are the end product of creation with needle, thread and woolen felt motivates my little grey cells most of all.

I guess my point is – if we allow it, there’s inspiration in every single corner of our lives. How we allow it to motivate and stimulate us can be unique, exciting and a real adventure.

So what, my friends, inspires you?