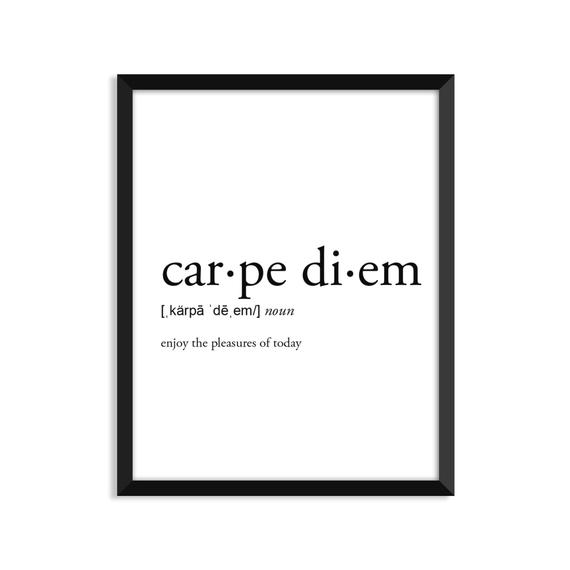 I heard from a very dear friend today.

It made me realise how one really must make the most of every day, because tomorrow might be too late.

This realisation came after OH and self had decided not to go boating because it might be too rough for me n’ my balance issues. I said to OH an hour later that we had to go, after seeing my friend’s words, that we needed to get out in the boat because tomorrow might be too rough, too cold, too hot, or we might be too old, too this, too that – too many excuses and life getting shorter by the day. 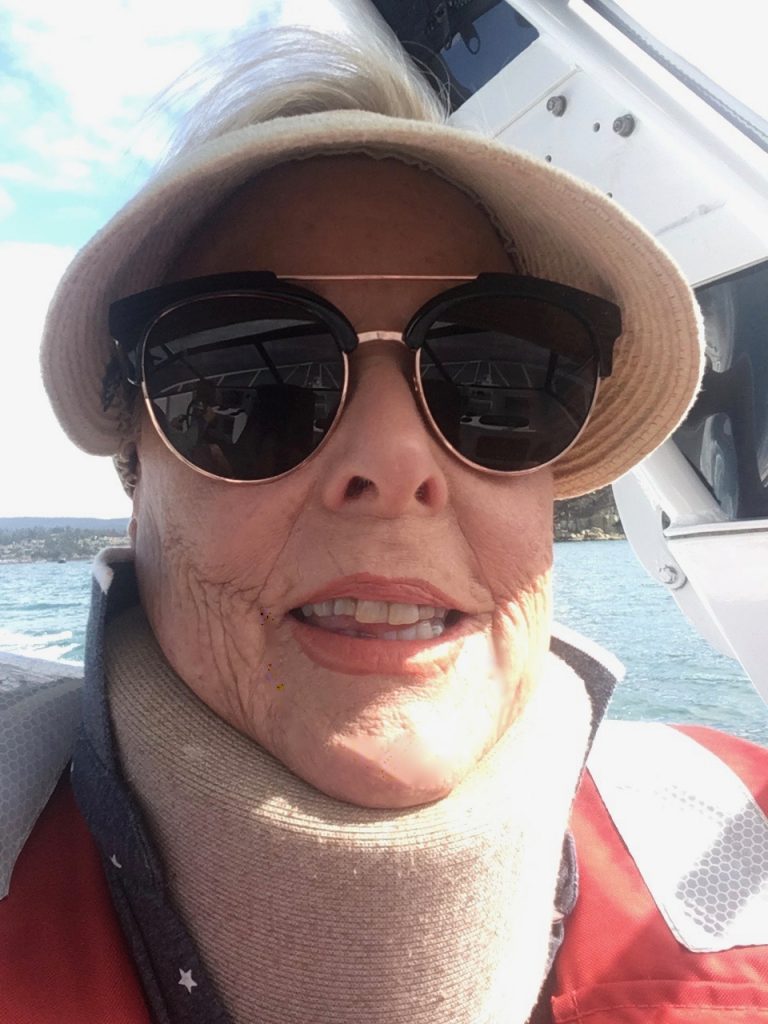 I packed my ‘dizzy’ drugs and a thermos, some cake and swimming gear, and my Mrs. Tishell neck brace, support for my neck in choppy waters. Because in the event, getting to Maria Island was in a sloppy chop with a big, wide swell. The kind where you would swing to the top of a wave and then the bow would crash down, vibrating through the spine. Chilly too, hair standing on your arms (or legs ;)) and despite that you’ve got shorts on, you must burrow down into your sweater. 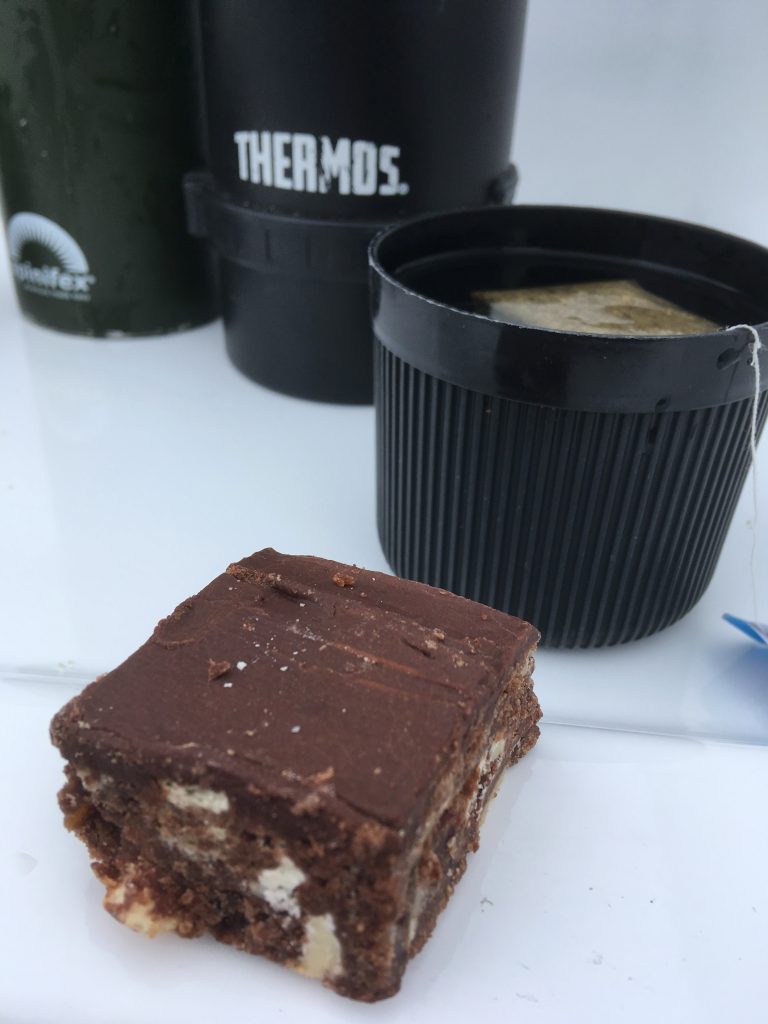 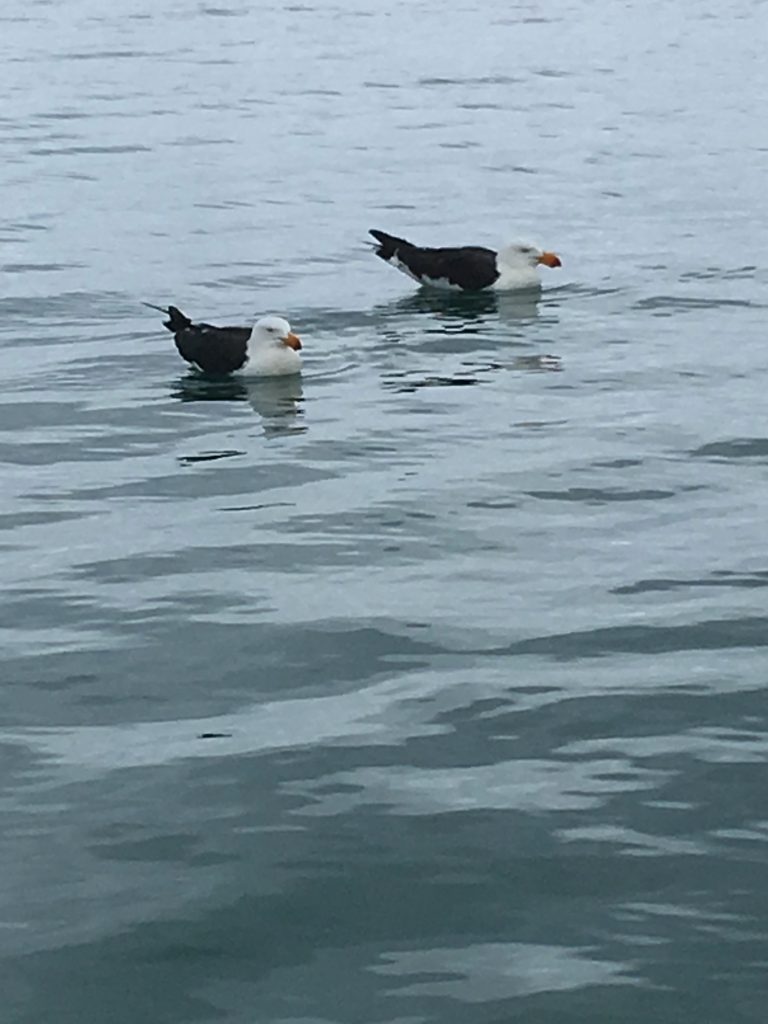 But once in the lee of the island, calm prevailed and we found a flat, if cool spot at Four Mile, dropped anchor and had a cuppa. Shared the space with two Pacific gulls that cried mournfully, demanding cake (Not on your sweet Nellie!) 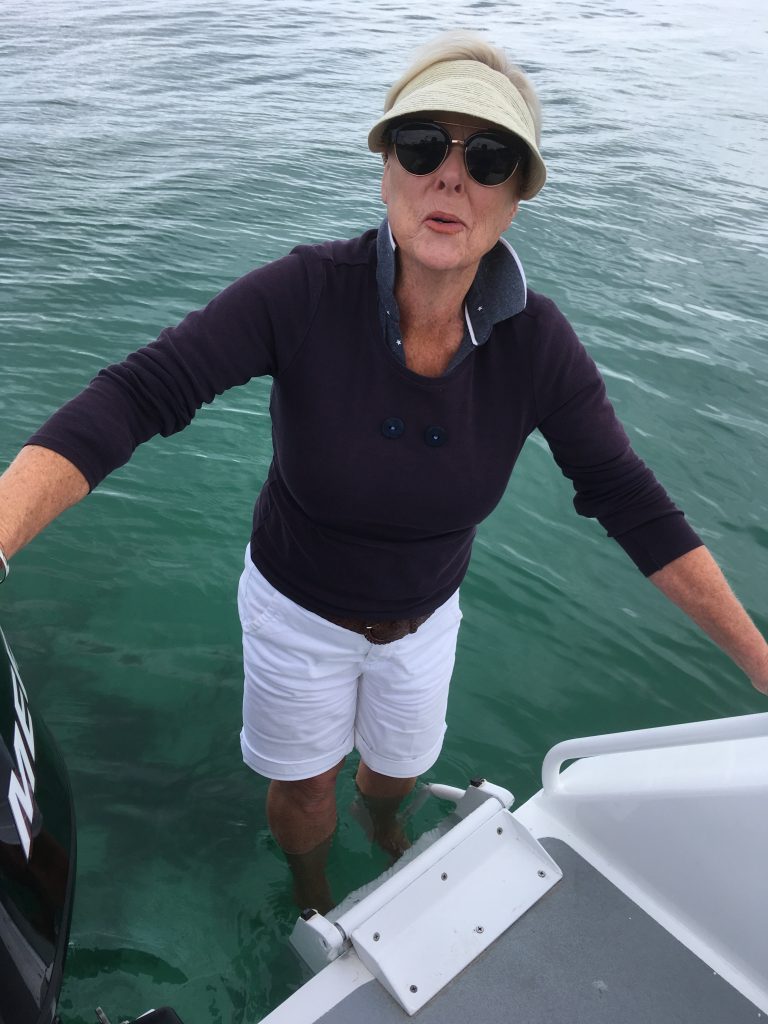 I stepped down to test the water at the transom (it’s been such a weird summer with weeks of no sun along with a fierce wind which has been chilling the top layer of the sea). It was cool – 16 degrees, almost wetsuit stuff, which made my shin bones ache. This from someone who swims through winter with an ‘icebreaker’ group.

The island cast its usual magic though. Peace – the shingle-sound of small wavelets on snow-white sand, and the diamond-cut clarity of turquoise water. No one in sight, thank heaven. Not a soul.

I gave much thought to my friend whilst we sheltered in the cove. I wished she and her husband could be with us, that life would be kinder to them. Thus it became a Carpe Diem sort of day.

If my friend reads this post and realises she was the motivation for our day, I send her all my love.

« Life, The Universe and Everything…
Anachronistic Underpants… »