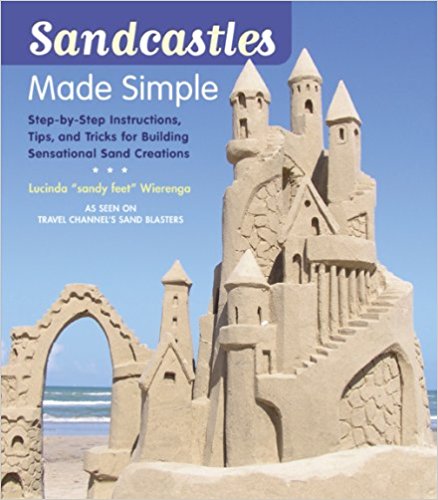 Marooned with wit and a book on sandcastles!

I was honestly wondering how long it would take any of my Desert Island castaways to include a book on building sandcastles and/or boats amongst their lists. Naturally, it took an Australian to do it!

Colin Falconer is a writer of the most excellent and fast-paced historical fiction which is how I met him. And I just had to invite him to join the Castaways Club. Apart from anything else, I wondered if his response would be as sharp and witty as his blog.

The beach is yours, Colin!

Well first of all, little known fact: one in every ten people in the world live on an island. Though not a tropical one, admittedly. Possibly just England.

But if I was to choose one to get shipwrecked on, I’d go for Palmyra, a desert island paradise in the middle of the Pacific Ocean that sort of belongs to the United States, but is beyond Donald Trump’s actual jurisdiction or interest. Big plus.

Palmyra has a long, strange history that includes buried pirate treasure and a number of shipwreck. It was also used as a military base during World War Two and was the scene of a recent grizzly double-murder. Perfect! If I started getting bored after a few days – and I would – I could use it as research for a novel.

So – what ten books would I take with me? 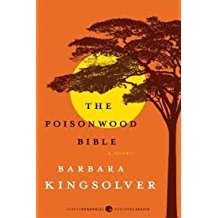 Well, my favourite-ever novel is probably Barbara Kingsolver’s The Poisonwood Bible. One of those books I re-read it about once a year. Funny, moving, epic; a masterwork. 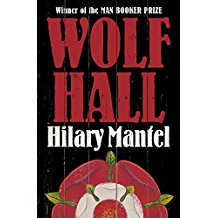 I’d take Wolf Hall as well. There’s no plot to it, but I love Mantel’s prose. This is what truly great writing looks like. If only there was a story. 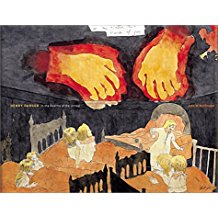 Then I’d take a couple of books I’d like to read but would never have the time if I wasn’t stranded on a desert island; one would be The Story of the Vivian Girls, in What is Known as the Realms of the Unreal, of the Glandeco-Angelinian War Storm Caused by the Child Slave Rebellion. It was written by Henry Darger, a Chicago hospital janitor. It’s one of the most bizarre and intricate books ever written, an epic of nine million words and 15,000 pages with 300 watercolour illustrations that Henry made by juxtaposing images from magazines and newspapers and tracing over them. Some of these were over ten feet wide. Henry lived in the same single room apartment for over 40 years and never mentioned the book to anyone. His landlord discovered the manuscript after he died. 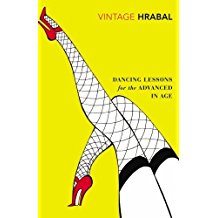 What else? There’s another book I won’t read unless my ship goes down but which intrigues me anyway; it’s called Dancing Lessons for the Advanced in Age  by Bohumil Hrabal. It was written fifty years ago, a Czech novel about an old man who goes up to six women sunbathing in the middle of a city and just starts talking about his life. What’s unusual about the book is it’s only one sentence long – but that sentence runs to 128 pages, about the same length as The Great Gatsby. 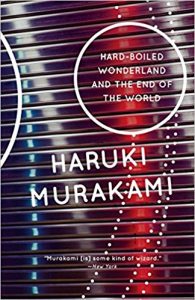 I’d also take a book that I do have in my library but I haven’t got around to reading yet, by Japanese author Haruki Murakami: Hard-Boiled Wonderland and the End of the World. It’s about a particle accelerator, Lauren Bacall, Bob Dylan and librarians. It sounds like a book that started with a dare, but I’m intrigued. 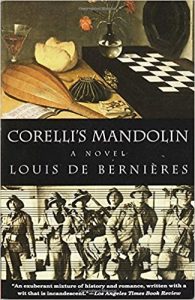 I write historical fiction and crime, so I’d take the two books that inspire me; I always thought Captain Corelli’s Mandolin was one of the best pieces of romantic historical fiction that I ever read. (Although I found that omitting every other chapter in the first third of the book made it a much better read.) Try this at home and see if you agree. 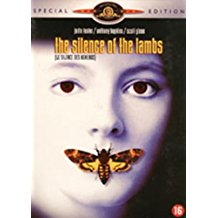 The other book is Silence of the Lambs. Yes, Hannibal Lecter is a brilliant character but the book is a masterclass on structure. Another book I’ve read several times. 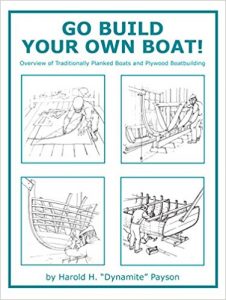 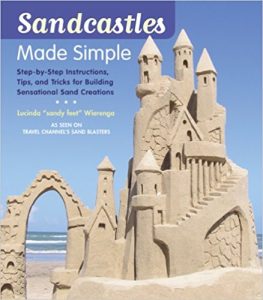 Being trapped on a desert island, I’d also bring along a copy of the brilliant Sandcastles Made Simple by Lucinda Wierenga; and almost last, but not least, Go Build Your Own Boat by Harold Payson. 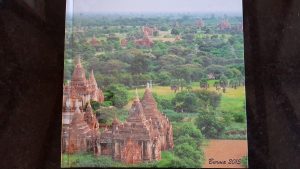 The last book I’d take with me you won’t find on Amazon or in any bookshop. It’s called Burma 2015. It’s a photographic record of just one of the many amazing trips I’ve taken with Lisa, the amazing woman I share my life with.

She’s the reason I’d want to build the boat…

What a lovely enigmatic thing to say. Now of course, we all want to know about Lisa!

Colin, this has to be the most eclectic list yet and I find I must borrow your Sandcastles book to keep me entertained whilst I’m marooned.

If you want to find out more about Colin and his prolific backlist, please go to: colinfalconer.org.

I’ve just finished an ARC of  ‘Sleeping with the Enemy’ which was an amazing read.

Next on the blog but not a Desert Islander, will be Gordon Doherty of  ‘Strategos’ fame. I’ve always wanted to nab Gordon to guest and have finally managed to pin him down.

And in between, I’m sorry but you’ll have to put up with my lobby posts against salmon-farming in my beautiful coastal waters. We all have to shout loud and long.

« Floating my boat…
Chasing the dream: a shortcut to the soul… »