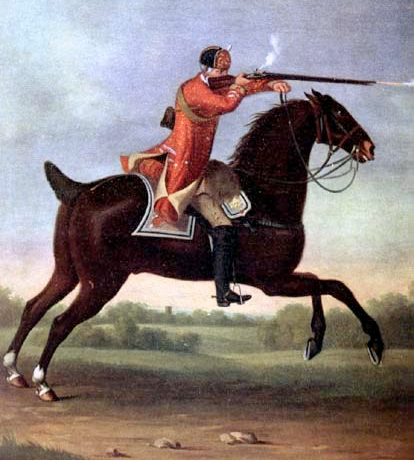 We have both been lucky enough to win similar medals (except she added a gold one to her collection) with Readers’ Favorites (USA) and also with the RONE Awards (USA). And whilst I have diverged and gone along the historical fiction path, she has established a very strong brand in her genre, bringing quality writing, stellar research and elegant covers to all that she touches.

She has a magnificent Pinterest account which secured the interest of New York’s fastest growing fine arts blog, Hyperallergic. And most recently, her partnership with a group of American historical romance writers has secured her the coveted New York Times Bestseller title.

I am of course talking about the high-ranking historical romance novelist, Lucinda Brant.

Along with high fliers Ann Swinfen and SJA Turney, she is one of those I invited to be a partner in the Main Character Blog Tour, begun by Debra Brown, the instigator of the massively popular Facebook and blog site – English Historical Fiction Authors.  Ann, Simon, Lucinda and I are in the process of having brand new novels published and to be able to introduce our main characters to you either here, or on our own blogs, is very special!

Welcome Lucinda, and tell us…

Alisdair “Dair” Fitzstuart, Major Lord Fitzstuart, recently of the 17th Lancers, and hero of the Battle of Long Island campaign (August 27, 1776) of the American Revolutionary War. He received the nickname Dair Devil from his days at Harrow, where he was known to accept any dare put to him, and that carried over into his adult life. With a reputation to uphold as the Dair Devil, he does not refuse a wager. Major Lord Fitzstuart is fictional.

The American Revolutionary War continues to rage on the other side of the Atlantic with the British determined to win the war, and rebel American colonists just as determined to cut ties with Britain and forge a new nation. Yet, life in England is peaceful. For the aristocracy life is opulence personified, with houses the size of palaces, and days spent dressed in fashionable silks and in leisurely pursuits. Yet, no level of society is immune to the war. Members of the nobility hold key positions in the army and navy. And if not directly fighting, like Dair Fitzstuart, are in Parliament debating the war, as well as holding positions in government departments, secret committees and operations to try and bring about a resolution to hostilities before France publicly declares its support for the rebel colonists

The American Revolutionary War is the first war where intelligence gathering (spying) comes into its own, with spy rings on both sides. Spies and spying play a major role in helping both sides gather information on troop movements, supply chains, sympathizers and traitors. Both Dair and Miss Aurora ‘Rory” Talbot are intimately involved in the spying game—more I can’t say for fear of spoiling the story!

Dair Fitzstuart is a ruggedly handsome ex-officer who’s a bit of a rogue and a rascal. He’s one of the boys, who’s not afraid to use his fists in an affray. He’s considered vainglorious and arrogant, and is said to keep a mistress and children, with no intention of giving them up upon marriage. And yet, for a daughter of the Georgian aristocracy, he ticks all the right boxes as suitable husband material: He’s heir to an earldom, a direct descendant of Charles the Second, and cousin of the all-powerful Duke of Roxton.

Yet appearances can deceive. People are never one dimensional, and none more so than Dair Fitzstuart, who has a well crafted public façade. What Society—even his family—thinks it knows about him is only what the man himself permits to be revealed.

4) What is the main conflict? What confuses his/her life?

Dair Fitzstuart is prepared to gamble with his life, but never with his heart. That is, until a chance encounter at George Romney’s painting studio where he literally runs into Rory Talbot, one very astute young woman. The attraction is immediate and mutual, and the consequences profound.

Rory Talbot is unlike any other female he has met; for one thing, she cultivates pineapples—not an easy thing to do in the 18th Century. Pineapples were considered such a rare and exotic fruit that if you had the money you could hire one for your next party; the fruit was the celebrity and the talking point.

After Dair’s chance encounter with Rory, his public persona beings to fall apart. He starts to question his own motivation for hiding behind a façade of blustering arrogance. It helps that Rory has seen through his guise from the start.

From the moment Dair realizes he wants no other woman but Rory for his wife he sets about convincing her they are destined to be together. He is determined to show her he is worthy of her, and that she, for all her misgivings, is his ideal life partner. It’s not an easy quest. In the process, he learns a few home truths about himself that he would never have dreamed of addressing if not for Rory, and he is determined to be a better man.

You can read more about it here: http://lucindabrant.com/dair-devil.php

Go behind-the-scenes of DAIR DEVIL and explore the places, objects, and history in the book on Pinterest:

The book has just been published and is available from all eRetailers: