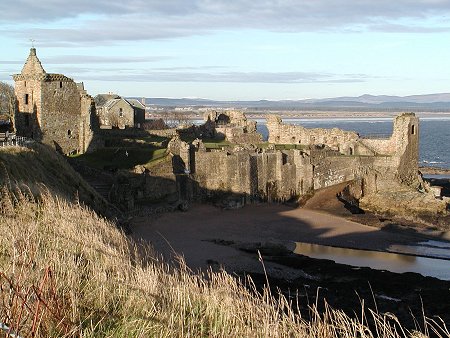 How Dorothy Dunnett’s legacy lives on…

I have an exceptional guest blogger today. Former book critic, and now historical fiction writer, her books light a fire in one’s belly rather as Dorothy Dunnett did. She has a sharp wit which I rather like and we share a number of commonalities.

I first met M.m. Bennetts in a Facebook group of english historical fiction authors and we connected over four things – our love of history, our love of horses (that is she, above) our love of cakey (yes, cakey!) and our admiration for the unparalleled  Dorothy Dunnett…

“It all begins with Dorothy Dunnett, doesn’t it?

We all may have different stories about how we first encountered and then were drawn through her mystical wardrobe into the worlds of Lymond and Niccolo, but the result was always the same.

She changed us. She rattled our views and understanding of history. She changed everything.

I was studying Mediaeval History against the howl of the wind off the North Sea, amongst the mediaeval granite beauty of St. Andrews…

– when I say, Mediaeval history, I mean specialising in the Italian Renaissance as according to the world of history then the mediaeval period was divided from modern history in 1492 – though I do believe we’ve got a little less strict about that date since then … I hope so at least.

And, well, to break up the endless reading, and writing of essays, the daily visits to the tea rooms – I wasn’t just learning about Quattrocento Italy, I was learning to appreciate cakey! – to warm self after a few hours spent in an unheated lecture hall, I might occasionally have wandered up the stairs into the local hideaway for bibliophiles … or maybe you’d like to phrase it as it really was: I was skiving. (One had to have some novel or other to substitute within all those open tomes…)

And there, one day, she was. Sexy blond bloke on book cover (which I later discovered she thought so tacky and hated!). Intriguing blurb on back. And nothing at home to idle away time with because there certainly was nothing on telly.

So it happened. It was so simple. So straightforward. And it involved pigs in castles–too startling, too wonderful, too delicious! I was lost. More lost than I knew. For as The Game of Kings segued into Queen’s Play–and I got further and further behind on my research into nevermind–my literary and historical landscape was being extended and stretched out beyond anything I had ever perceived.

This was nothing like the historical romances that were the escapism passages of my younger years. This was history brought alive, played out in a painter’s panoramic canvas, encompassing all that I had been studying but had never linked as one world. These were characters who had nothing to do with stock responses, but living, seething, laughing, more real than my hand characters. I didn’t just know them, I feared them, I loved them, I loathed them.

And the history, oh, the history! It was this shimmering seamless warp and woof of life rooted in the realities of 16th century life. No mere backdrop for a modern tale of courtship, this, but the politics, the passions and possessions which drove that, the music, the poetry, the power-broking, the mercenary wars, the trade which paid for everything, the skullduggery…

Yet that didn’t even touch upon the refinement of character nor the extra-ordinary investigative research Dunnett brought to her work. Nor her poet’s and painter’s eye for the incisive word, the perfect sentence, the balance of literary description, colour and prhase and cadence.

She was a game-changer. Of that there can be no doubt! Ever. Historical fiction would never be the same.

I completed my studies. I went home.

And a few years hence found myself working as a book critic for a major newspaper assigned to review the first novel in Dunnett’s new sequence, Niccolo Rising.

And it was all there–the jewels of her undoubted crown: the history, the dazzling multi-faceted characters, the endless invention, the minutiae of their daily lives, the wonder of this world that she understood and into which she invited me. Which led to my newspaper (unwisely?) saying yes to a proposition that I should interview her for them.

And so we met.

She was the warmest, friendliest, most wonderful individual, with a wicked effervescent sense of humour, a delicious laugh, a profound humility about her work, a profound reverence for history and the facts and she would go to any lengths to ferret out the truth. Of all the countries and places about which she wrote, of all those locations, there was only one she didn’t visit–Mali in north Africa. (Alastair, looking at the transportation arrangements of one yellow bus which was regularly held up, said “No.”) And she always did take an extra empty suitcase, which would return with her, crammed of books she’d bought at the destination de la semaine…

And there was the family tree of every royal and Viking family stretched across the floor of the dining room (and it was no small dining room, I can assure you!) as she traced Macbeth’s bloodlines for King Hereafter…she spent five years researching that novel and in the midst of a most crucial moment of discovery of who was related to whom, her youngest son burst into the room after school, full of the news of the day and she lost the day’s work. So, he, sensible lad, invented a series of pins and stickers for her so that when he exploded into the room (every day), she could fix her days’ work on the genealogical map and lose nothing. And he didn’t lose a limb either. Win-win.

Well, all those years ago, when I did first meet her, she was more generous with her time and her openness about her work than the feeding of the multitudes–that won’t surprise you. I returned to my editor with a four hour interview, so laden of insight, humour, modesty and inspiration and just the joy in her work, that the interview was given the centre spread in the newspaper.

Dorothy was delighted. Her publisher was even more delighted. And her agent was over the moon!

But what was even better, we had become firm friends…and I saw her every time I was in Edinburgh. And we phoned frequently and she was as she ever was, full of vim, joy, interest, laughter, the next Edinburgh festival, Alastair, her next novel… I still miss her sorely.
And I cherish, absolutely cherish and always shall cherish, the inscription in The Unicorn Hunt which she sent me upon publication…

She showed us how to write so that we were in the room and not viewing from a safe distance. She challenged us to see beyond the stereotypes and into the portraits of the age. She raised the literary bar. She dared us to remember that they of the past were people–good ones, rough ones, dishonourable ones, wild ones, and they didn’t live in bubbles without smell or sound or light or laughter or music, nor were they tainted with modern sensibilities.
Honestly and without flinching, she painted the whole canvas! And none of us will ever be the same for having viewed the rambunctious and tender worlds of Lymond and Niccolo through the extra-ordinary talent of her pen. Not ever. Thank the heavens for it!

And even now, for those of us mad enough to take the challenge, she dares us to write it too.

Thank you, M.m, for the story of DD, of the way she inspired you and of the memories you have. I suspect that knowing you and hearing about DD from you, that you and she probably shared cakey as well!

M.M. Bennetts is a specialist in early 19th century Britain and the Napoleonic wars and has written two novels set amidst the turmoil of the period: May 1812 and Of Honest Fame, both of which can be purchased at

« My writing has a process?
Easter Wishes to all… »