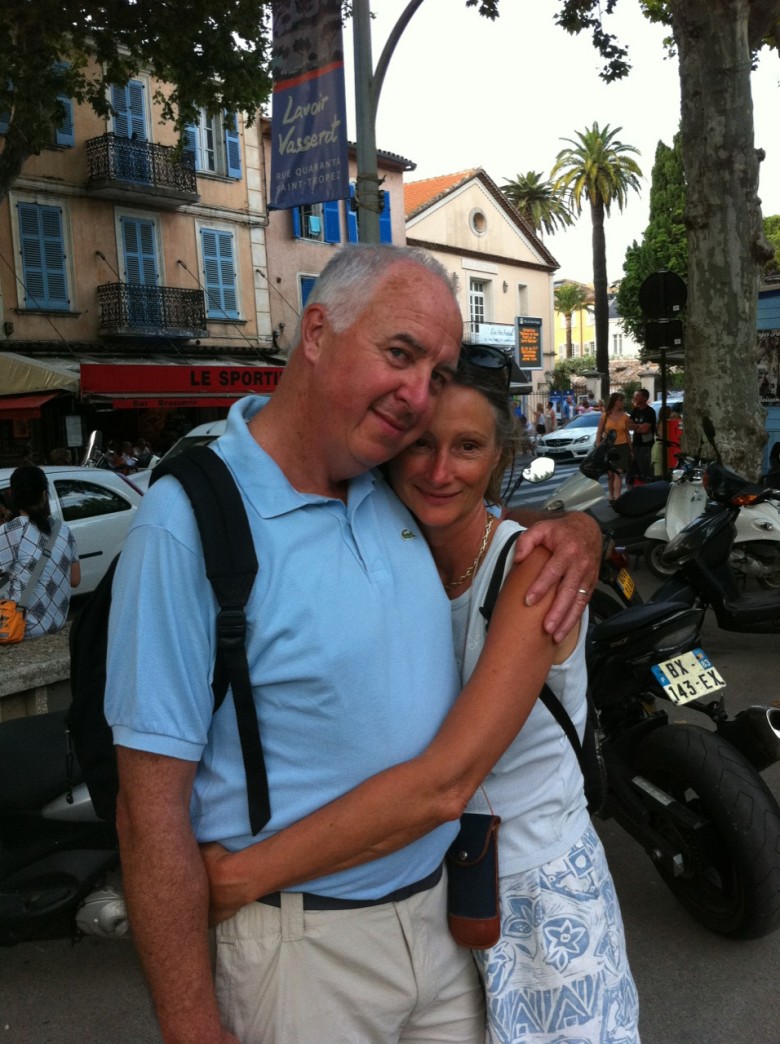 I have a wonderful group of Facebook friends – interesting, interested, kind, generous, and always fun. But two most recently have stood out.

We met on Facebook, as one does these days, and over time, he has seen me struggling with Occitán, French etc, and has always offered a little advice. During the writing of Gisborne: Book of Knights, I asked if anyone knew of a twelfth century Templar Commanderie in Aquitaine. No response online, so I went back to my research books and found mention of one in Toulon in Provence. I googled it and found that it is now a private residence and what’s more, that it is for sale. I then asked if anyone knew of it. Whilst Brian didn’t know of the Commanderie exactly, he responded that he knew the area and would be heading that way…

Now I am sure at this point you will think that Brian bought it or some such.

But what he and his wife did goes beyond friendship…

On their summer jaunt through Provence, they did indeed find the Commanderie, concealed behind woods but amazingly close to a major motorway. Brian noted his thoughts for me, and I am sure he won’t mind if I relay them here:

“In summer, you can feel the heat (32c) reverberating up from the dusty path and you’re accompanied by the noise of the crickets and the cicadas as you approach the building. I’m sure the area has changed very little over the centuries … I started by taking some photos of the back of the building in case we got chased away. After all, this was someone’s home.

The atmosphere of the place was made more authentic by someone burning some wood to prepare a BBQ and the wood aroma wafted down to us. You could almost imagine the Knights Templar coming out to greet you … I wandered around to the chapel side and continued to take some photos and videos. The door was open so I called out a greeting – a lady came out and I explained why I was there … she agreed to show us the chapel which was very kind of her (Immensely kind, Madame. Merci!) … you could still make out the old buildings and some ruins of outbuildings, all belonging to the old Commanderie.

If you look at the photo of the chapel door at the side of the building, that is where we entered. The lady explained that when they were excavating the foundations just outside that door, they discovered a lot of human remains (both adult and children), so there must have been a small cemetery attached to the chapel.

The chapel itself seems untouched although they had renovated the roof in wood about 15 years ago. In other parts of the building, particularly in the basement, you can still see some warped wooden beams that are clearly many centuries old. Just off to the right of the chapel, a door leads to a largish dining room with a big fireplace at the back (which I think may have been the refectory in the twelfth century). At the entrance of this room, on the left, a steep wooden step-ladder leads up to what would have been a sleeping area. All these rooms seem to be communal with little privacy.”(Which again ties in perfectly with the way in which the Templars lived.)

There are many more pics and three wonderful videos (WordPress won’t upload  MP3 videos)  and Brian’s words were so clear that I did indeed feel as if I were right there at the time with them as they walked through an incredible, almost forgotten piece of twelfth century history.

So how generous can a friend be?

Thanks so much for this, Brian. It goes without saying that the Commanderie will be mentioned significantly in Book of Kings. How, you ask? Ah, that’d be telling…