I have to console myself that even though I managed 10,000 words of The Shifu Cloth, I have also managed nearly  11,000  words of The Sheriff, some Pillow Book and  editing of what I have done so far of Shifu.  So my couch-bottom and couch- potato status can be removed by said work.

In between times, my favourite bookshop has passed a proof copy of the new Jilly Cooper to me (Jump)and I can barely sleep at night as I laugh and gallop through Cotchester with her at a pace reserved for favourites at the Melbourne Cup.  This one is about the National Hunt and jump racing scene in the UK and culminates in the Grand National.  Thankfully Rupert and Taggie Campbell-Black are in it and all’s right with the world.  I even laughed at the names and the descriptions of her characters in the front pages and bless Jilly, even the animal characters had one and a half pages to themselves.  After Jilly I shall read the new Fiona Walker (The Love Hunt) and both women have the fastest wit, so I shall have had two pacy reads in a very  short time.

It’s hard to return to one’s own writing without wanting to inject the same pace, so maybe we shall see smoke coming off the pages of Shifu and Sheriff.  Who knows?

On the subject of new releases, my friend and writer, SJA Turney has just had another historical fantasy on Roman Britain published, entitled Ironroot.  For details go to  http://sjat.wordpress.com I am ordering it from Amazon today.

And for those who expected The Sheriff’s Collector again, it’s coming, and I leave you with a comparison: 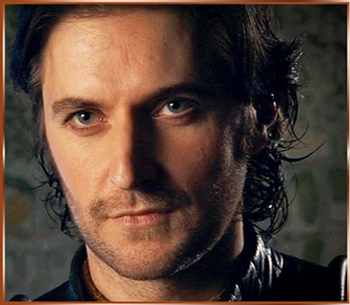