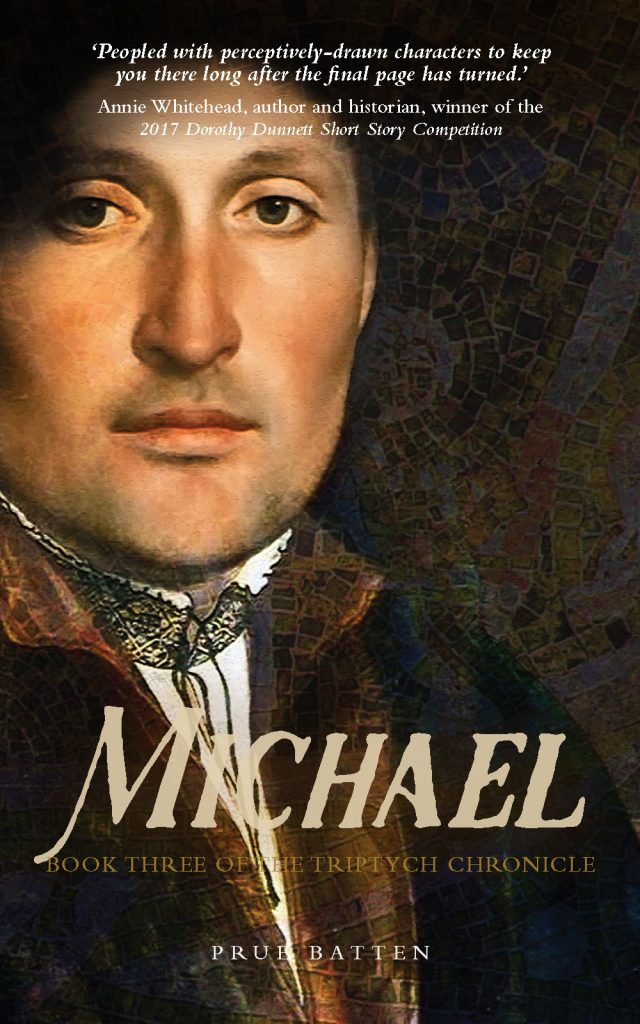 Michael Sarapion, merchant and thief, returns to Byzantine Constantinople from which he fled the year before in fear of his life. In his company is Tobias, the dwarf brother of an icon thief and Ahmed, an Arab galleymaster with secrets.

Michael searches for his greatest treasure, something lost to him twelve years before. Filled with grief and fury, he intends vengeance, but he must trust in priests, defy the empire and guard those dearest to him as he searches high and low.

As Byzantium’s Angelid dynasty weakens, as Genoa and Pisa challenge Venice’s trading excellence, so merchants become thieves and murderers. Michael understands that to restore what is rightfully his, he must kill… or be killed.

Michael – "An excellent book that flows with the prose that one expects from Batten with turns I didn't see coming. The attention to detail and the portrayal of Byzantine Constantinople is amazing."

SJA Turney, author of both the Praetorian and Marius’ Mules series and of Caligula

Michael – "A feast for the imagination and the senses. Batten shows her talent as an expert wordsmith by conjuring the medieval world of Constantinople through the travails of a protagonist who is nuanced and believable. Highly recommended."