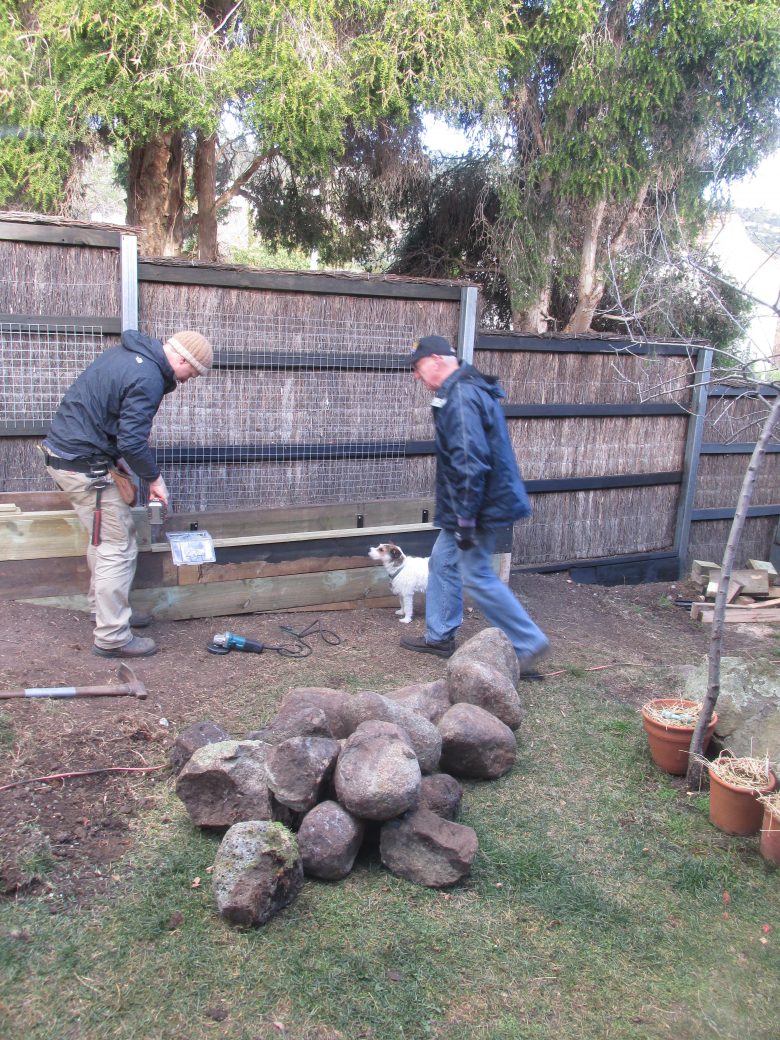 Once upon a time there was a matchbox…

Once upon a time…

… we downsized to a small house with a tiny garden. The garden, once established, had to give us (and the dog) joy. And an escape from the city outside the gates, because we’re not city folk.

It also had to promise to care for itself for large tracts of time.

So not a lot to ask really… 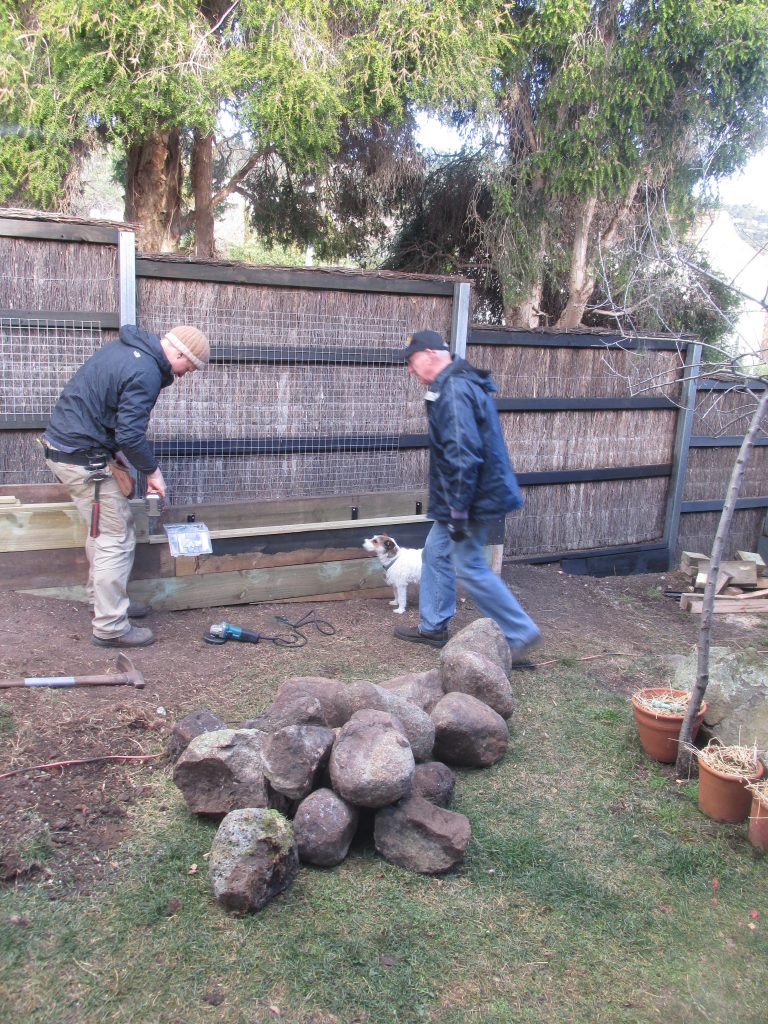 We inherited a small dry and half-dead space when we moved in. There were raised beds, dead lawn and one weeping silver pear tree (Pyrus Salicifolia). It had been pruned to a ball which I found sad and as we had three in our previous garden that had wept and fallen gracefully, I had no plans to keep this one pruned. It would do what it was bred to do – spread and weep. 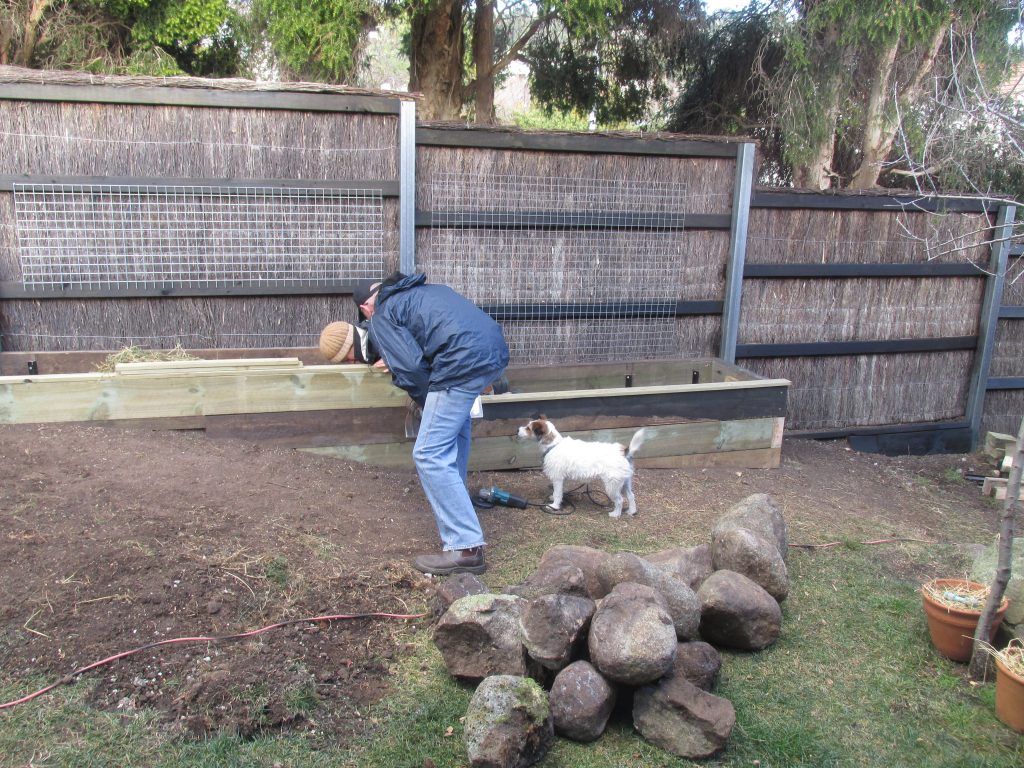 Son and husband began rebuilding the raised beds which we thought would suit us as we aged. They laid an automatic watering system, carted beautiful soil and laid instant lawn. 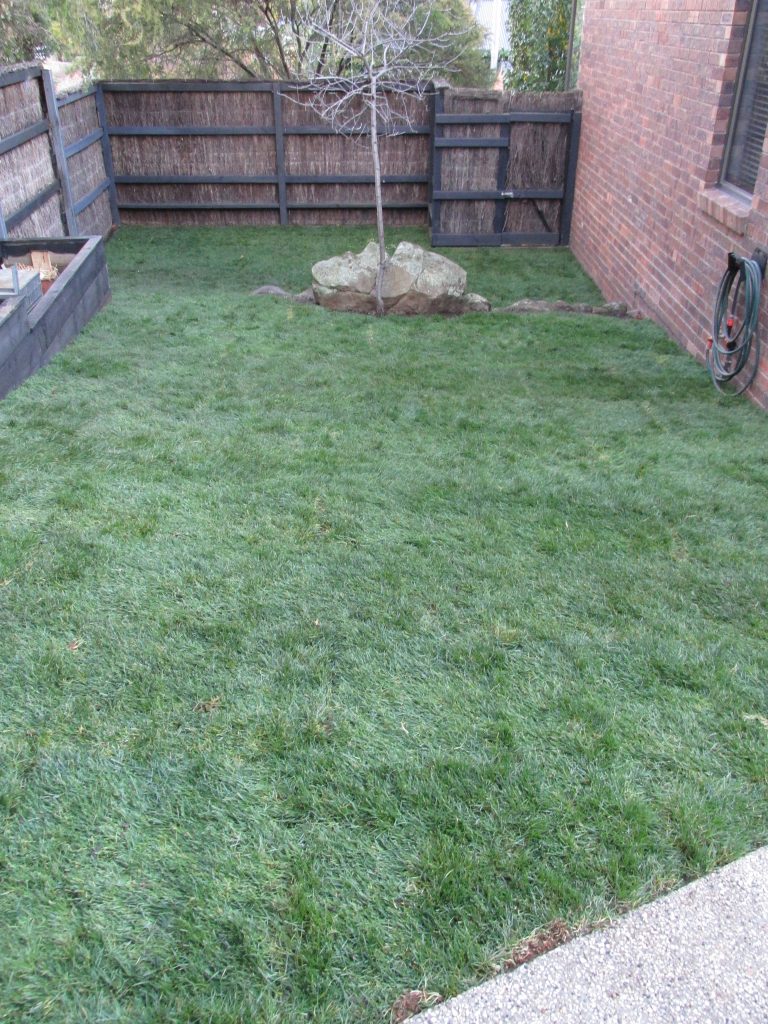 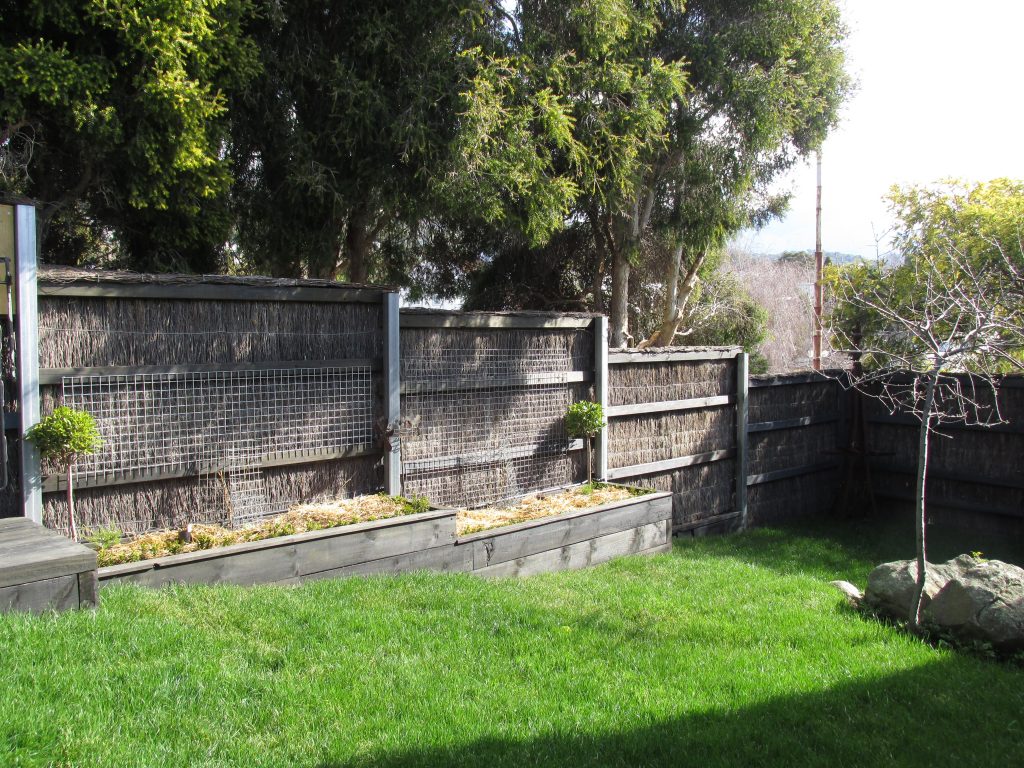 But lawn in an unbroken swathe not only looked wrong, at the bottom it quite simply turned to mush and mud in winter. Husband came up with the idea of creating a markedly different room down the bottom of the slope which sits in blazing sun in summer and deep, unforgiving shade in winter. He said ‘go for gravel’ and I nearly died. 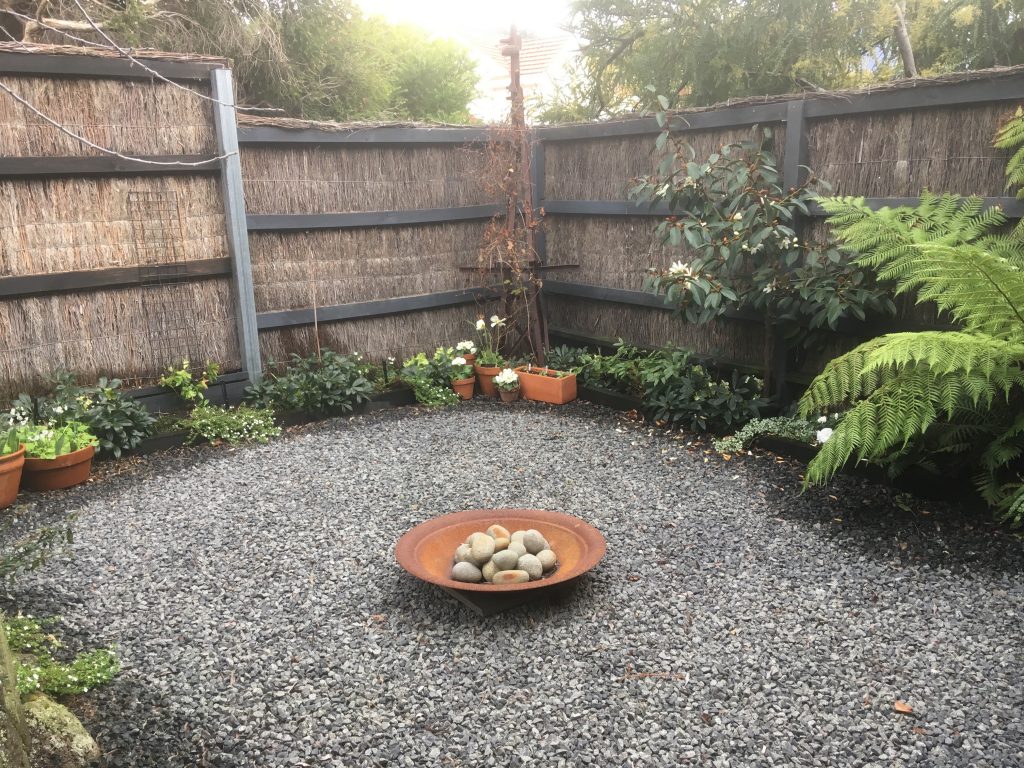 But he did it anyway and it looks perfect, especially when the silver pear’s in leaf and the hedge that sweeps in an arc at the base of the tree (white hebe) is in flower. 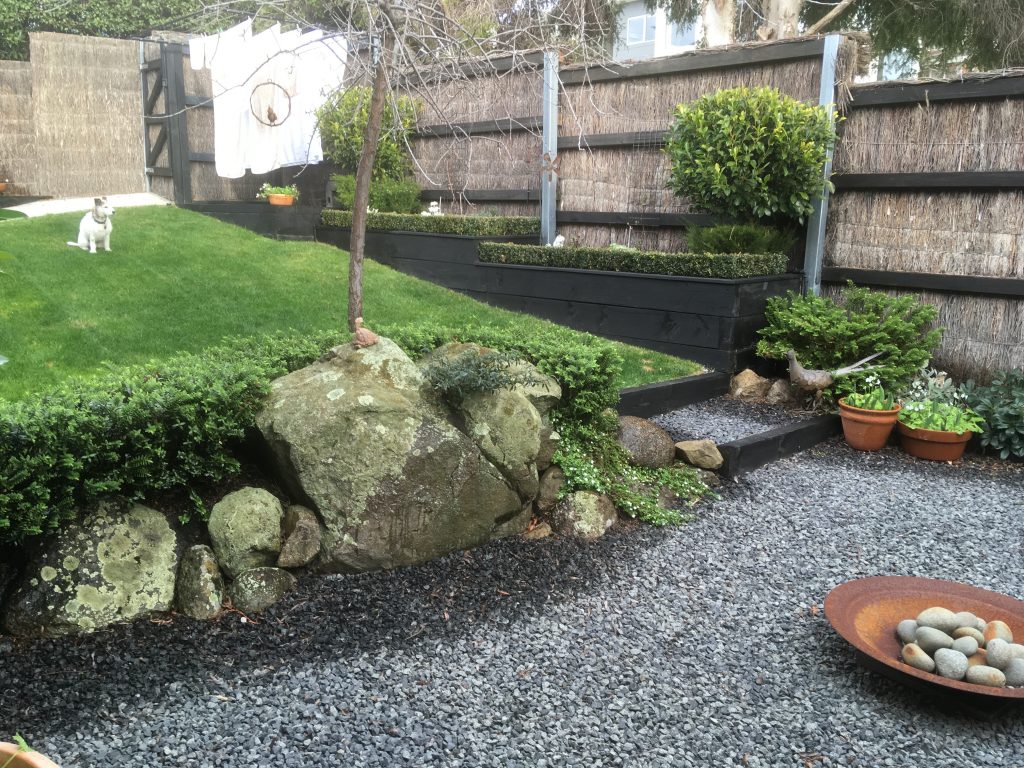 And it’s a truly lovely place to sit, under the shade of the tree ferns, gazing up the slope to the lawn and the sun and the upper raised beds. (even with the washing on the line. I told you – small garden)

The garden is, by my choice a white garden, with accents of black and grey, and some variegated leaf form and touches of rusted metal here and there. We even bought in the top of the old windmill from the farm for white clematis to climb over. 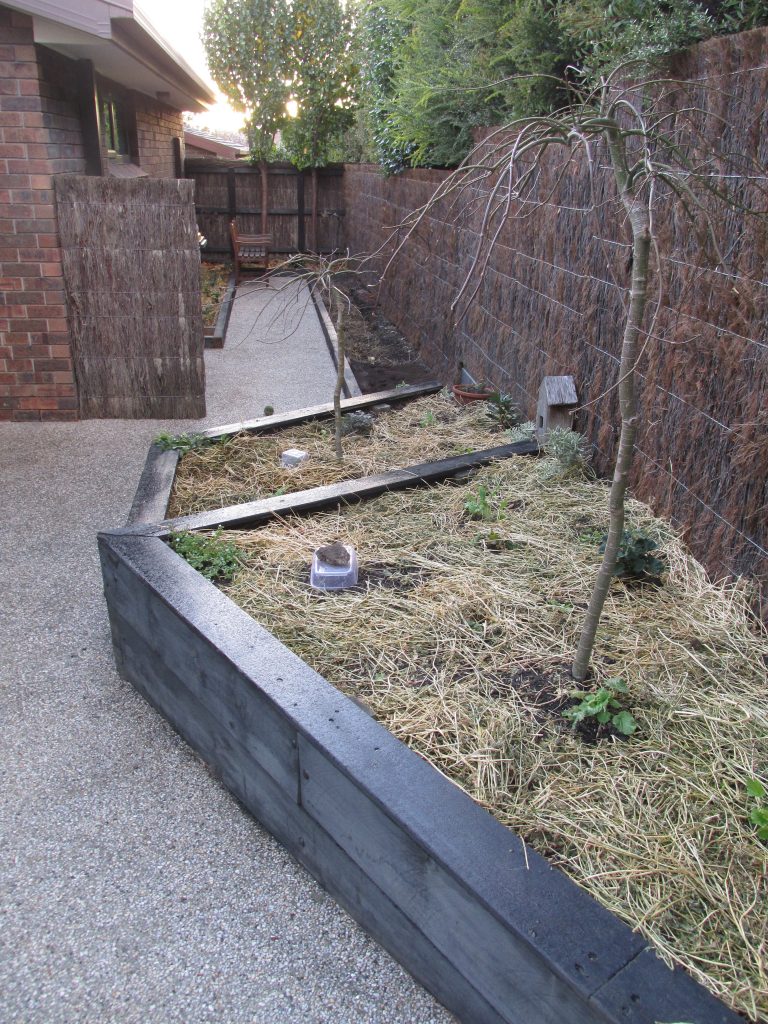 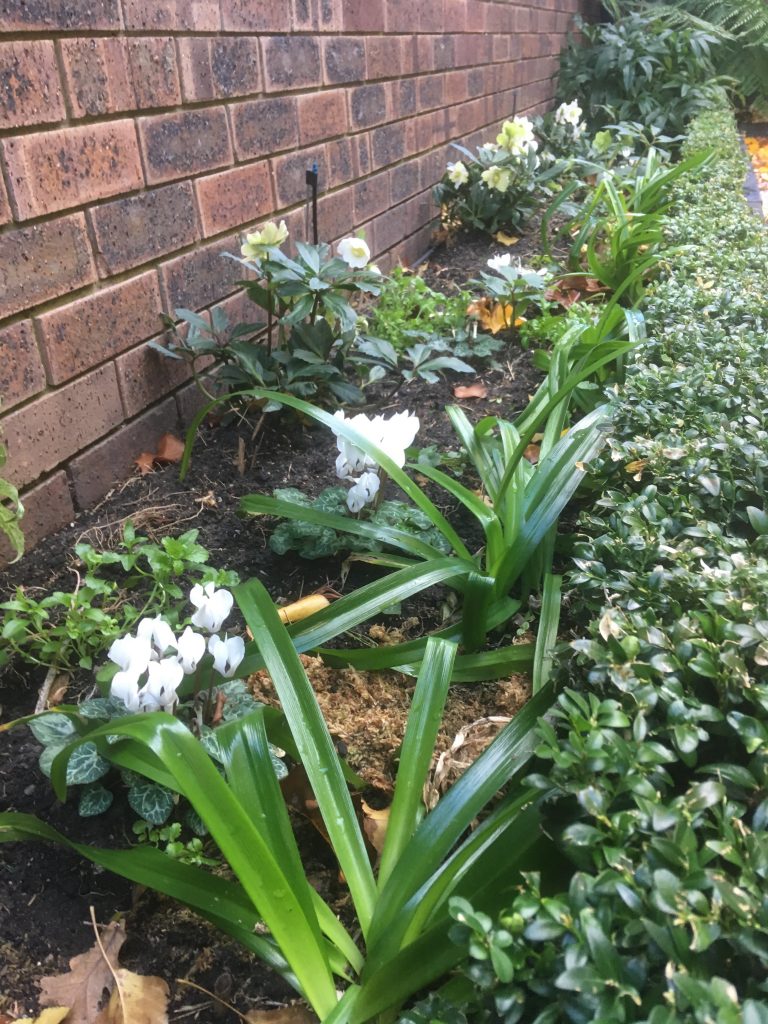 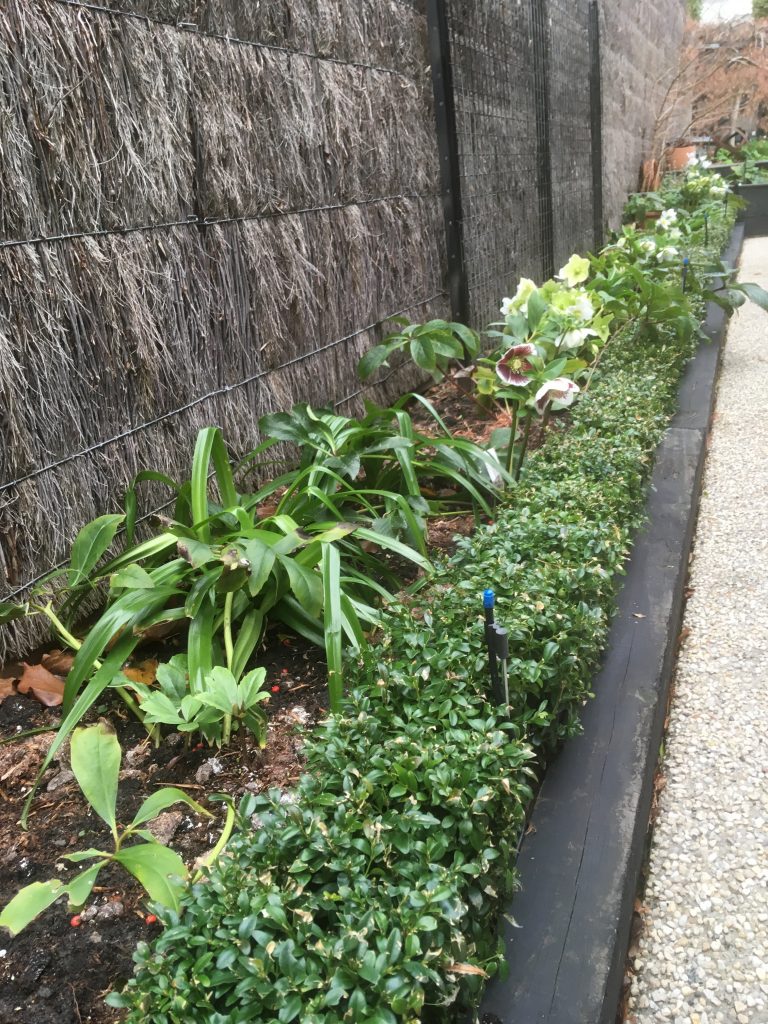 …where I can grow rarer hellebores, mini cyclamen and great tranches of summer-blooming Solomon’s Seal (Polygonatum).

The garden started very small and bare in 2015. 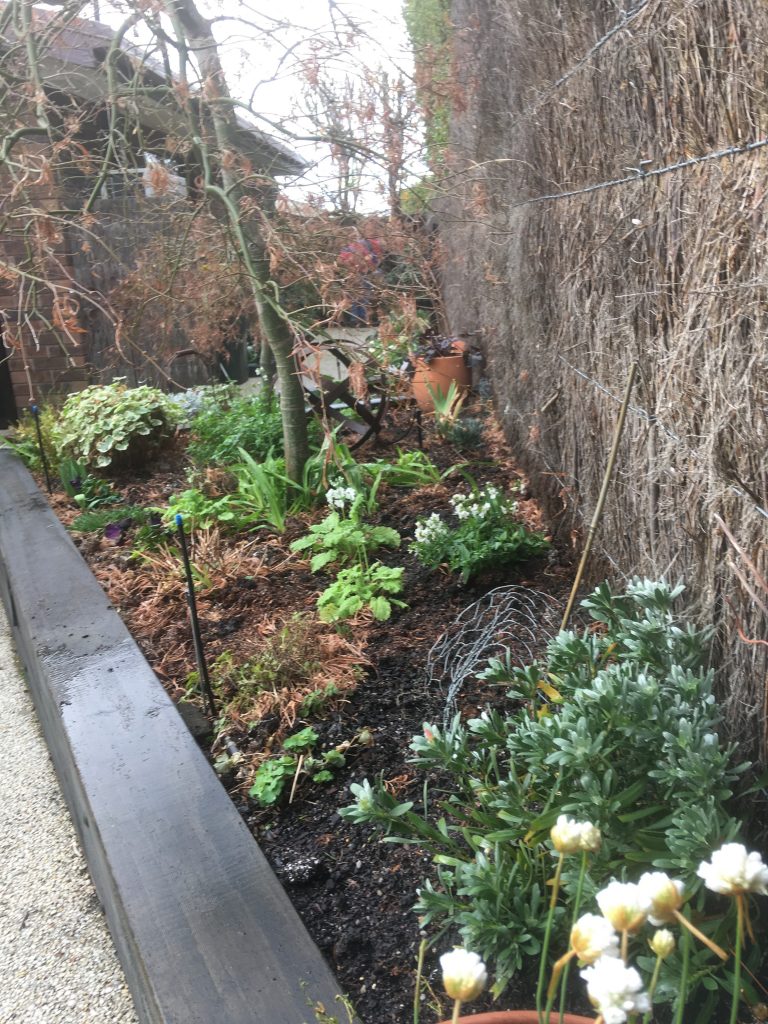 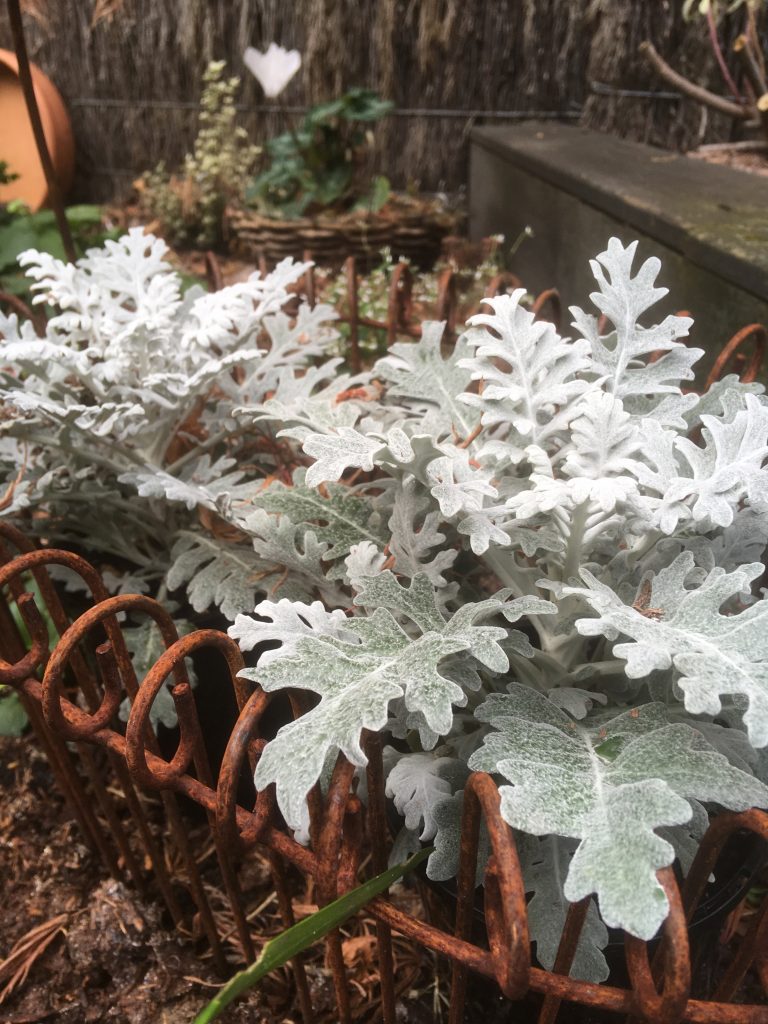 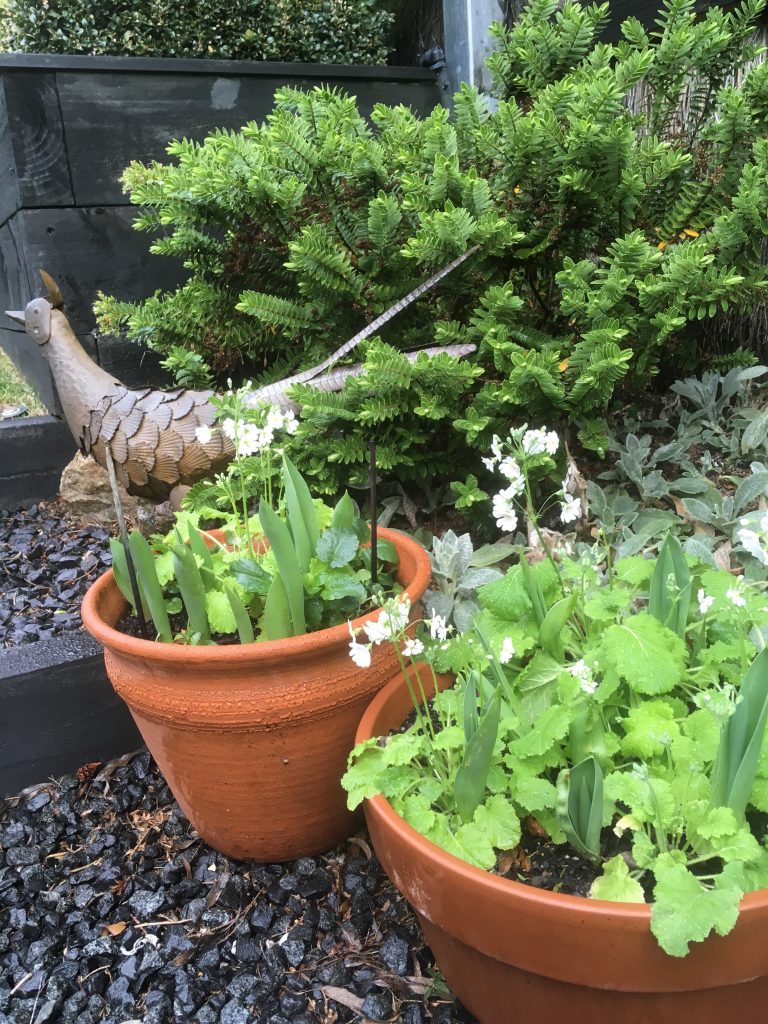 But it’s fulfilling my hopes by growing and filling out.

The blue-grey gravel crunches like snow under the feet and plants begin to spill over the black wooden edges. In spring and summer, the little Matchbox is an absolute oasis and maybe I’ll show more pics of it then, but at the moment, its winter… 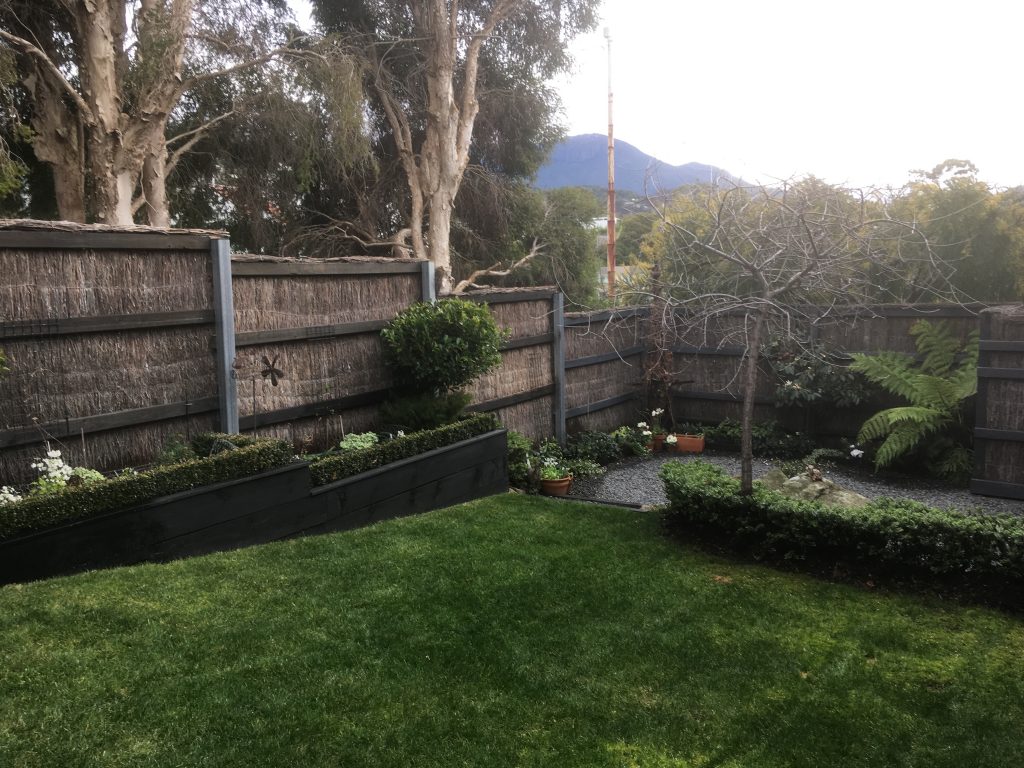 …and even without lush flowering and greenery, I still love it.