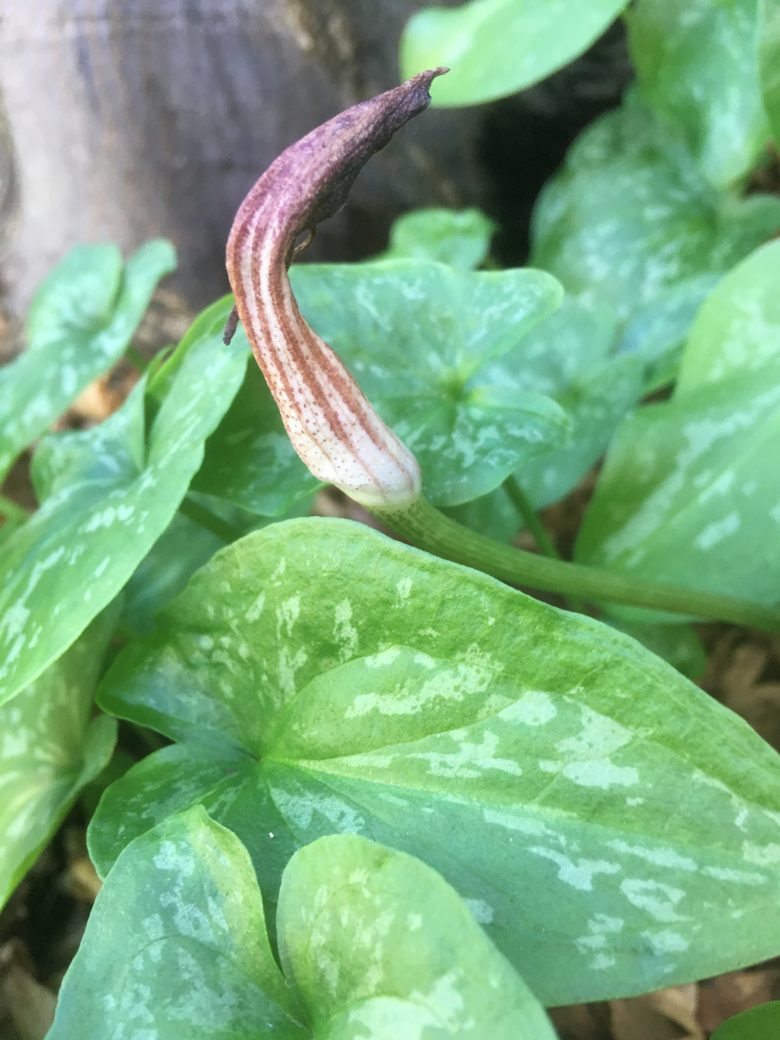 It’s been an age since I joined in posting on SoS, partly because it’s been a busy month, with the publication and release of the new novel. 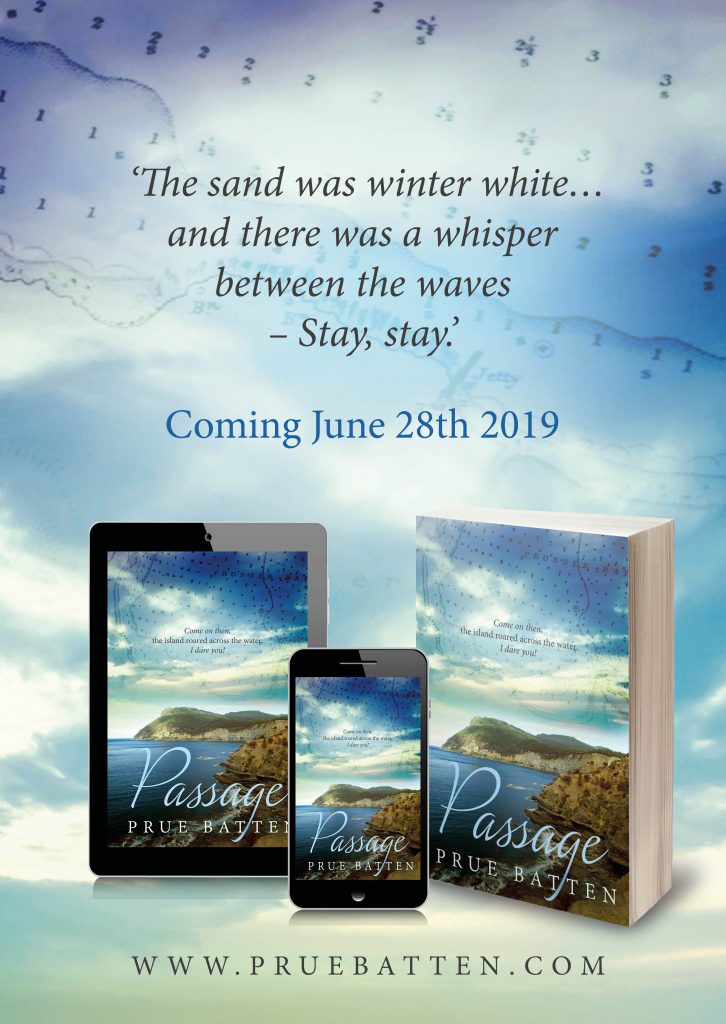 Lots of new nerves as its a new genre (contemporary fiction) and there’s a need to entice new readers. Writing a book is so like gardening. You plant a seed, you feed it, water it, support it as it grows and you prune it and shape it, you feed it again, then you watch and it flowers and you can sit back and admire it (if you are lucky!).

But I’m moving on now. A real garden to grow and a new book to begin. No time to dally.

When I did my garden walk looking for things to photograph, I was shocked at how spring-like it actually is. 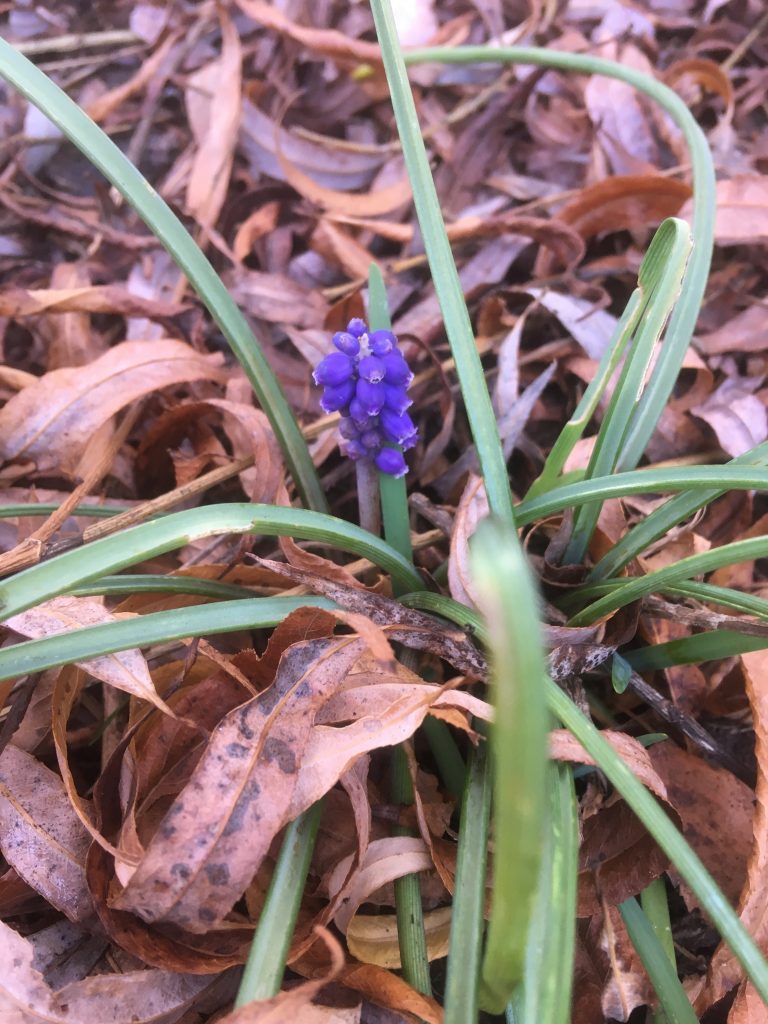 There’s a muscari in flower. 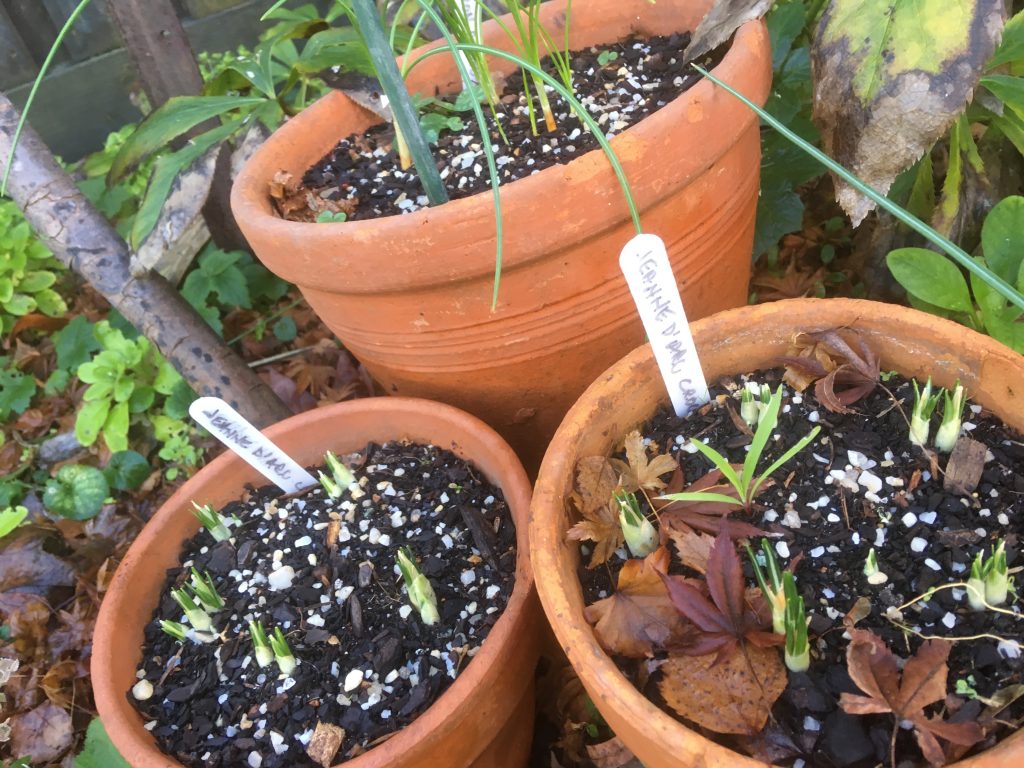 There’s saffron and Jeanne d’Arc crocuses robustly up and climbing. 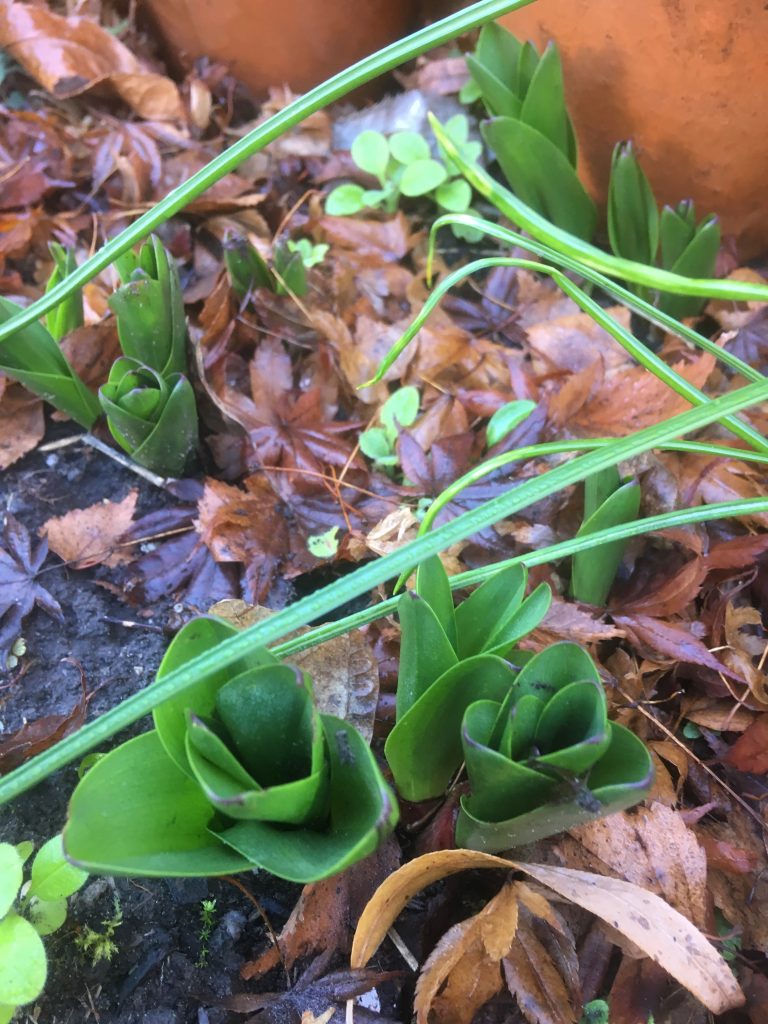 There’s Colchicum Byzantium which I planted because at the time I was finishing Book III in a trilogy about the intrigue of trading in 12th century Byzantium (hist.fict is my regular genre). 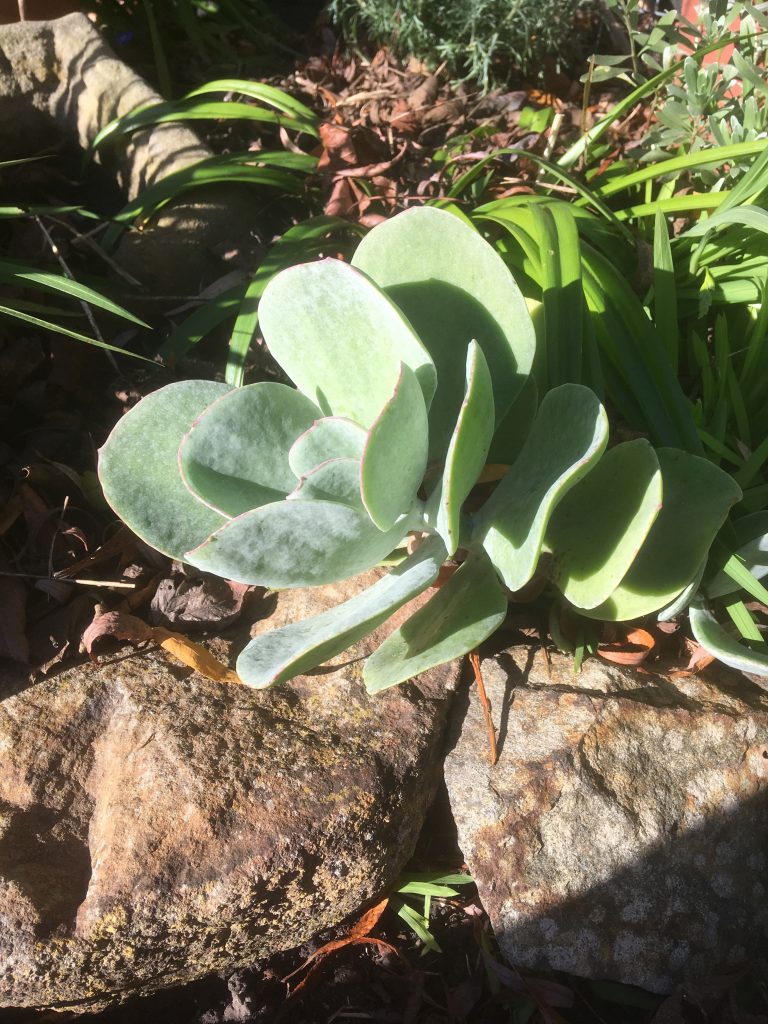 There’s this. Is it some sort of Echeveria? Whatever, it seems to like the hard position in which it is planted. 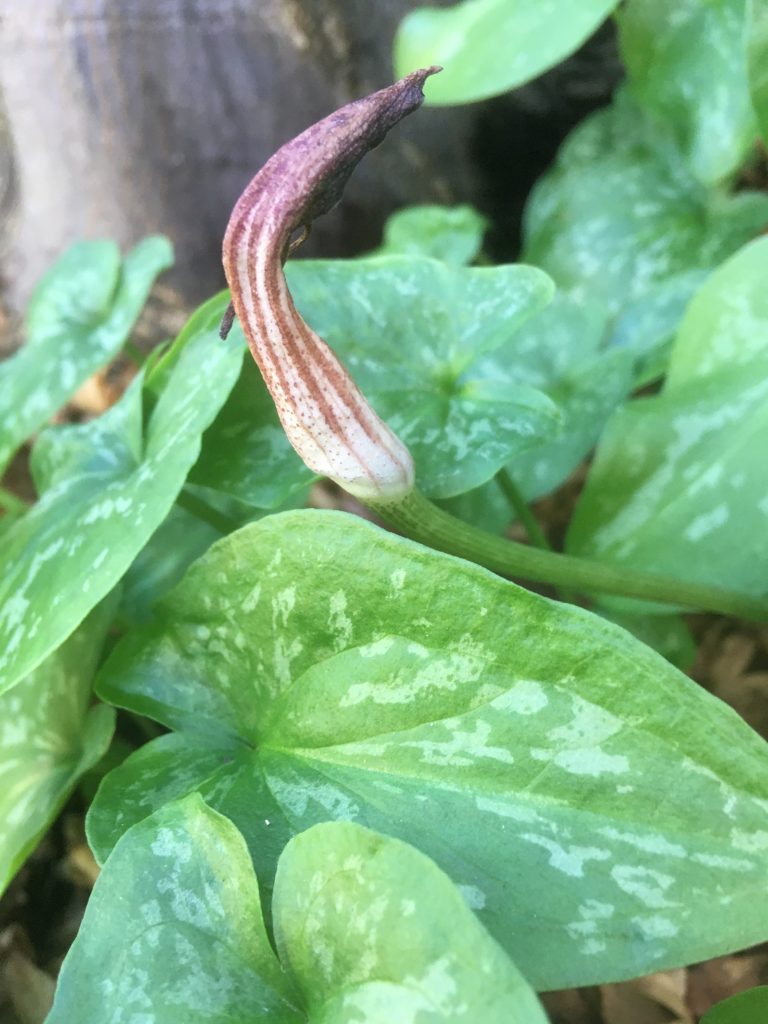 There’s also this. And every year I forget its name. It’s robust and has spread right through the shade garden and soon will be covered with spiky little orchid-type flowers. 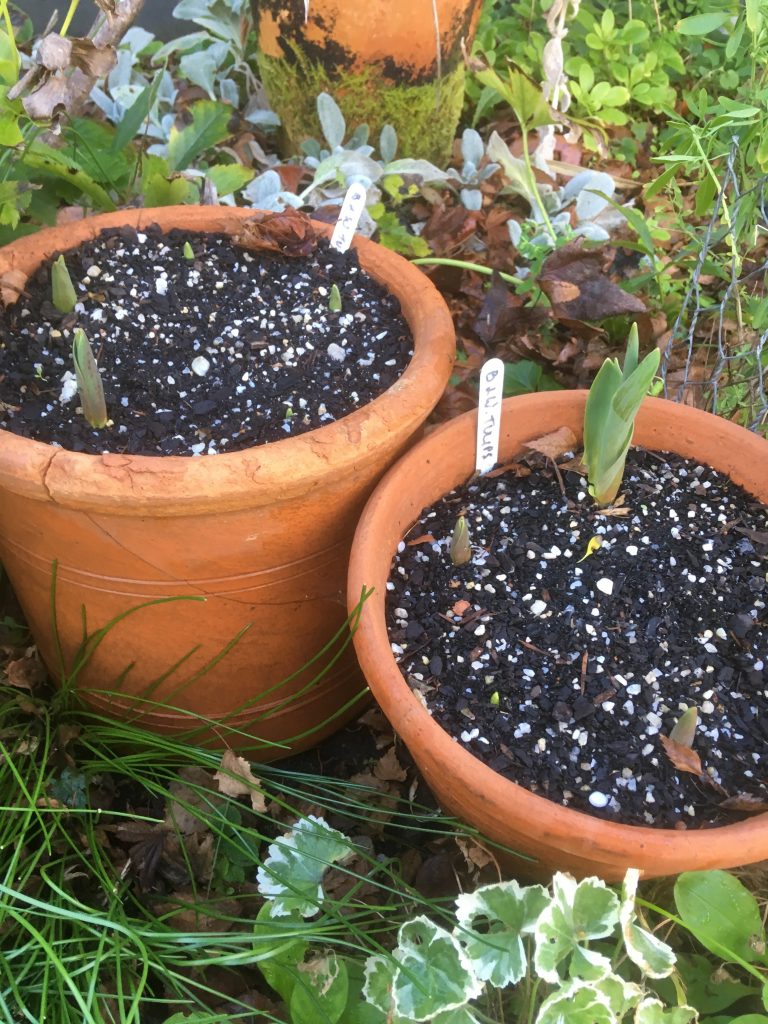 There’s black and white tulips. You can see the leaf growth of naturalised yellow hoop petticoat daffs around the tubs and also the nicely nibbled leaf of my favourite geranium of all time. I have many mounds of these scattered throughout the garden. They’re such a nice foil. 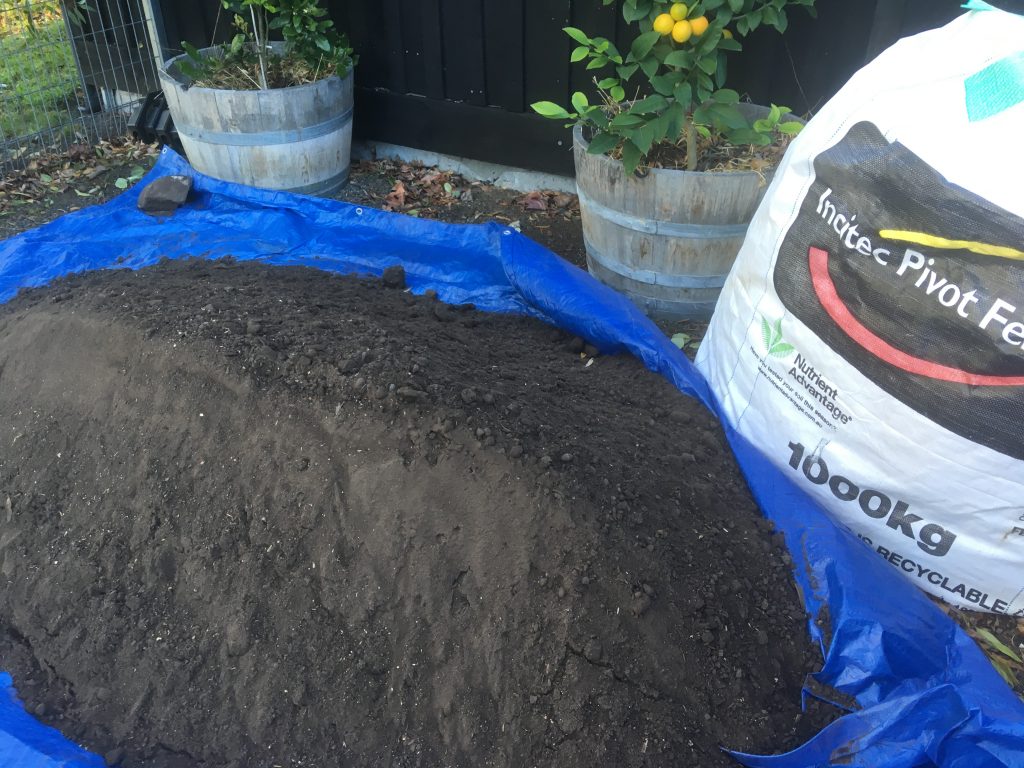 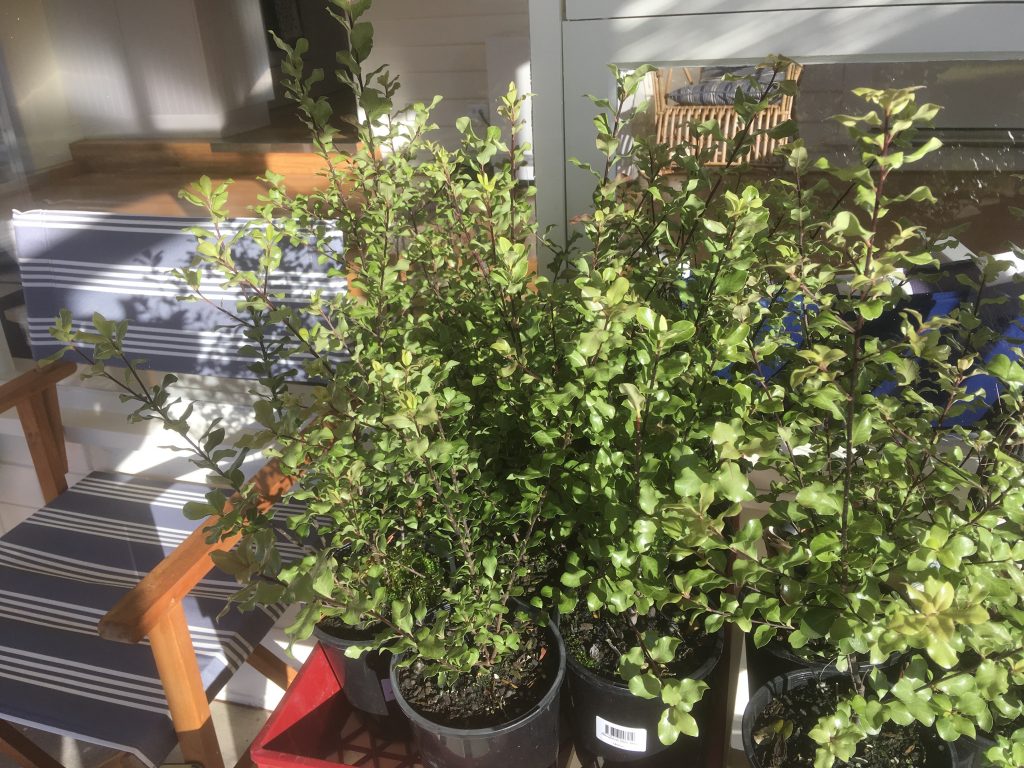 And there’s a mound of delicious vegetable garden compost to spread, along with a bag-load of even more delicious lucerne hay in the Incitec fertilizer bag from the barn. Some of it will be used for planting the last of the pittosporum (Screenmaster) hedge around the orchard.

We have plans for the orchard. Some of the very old pears and apples are struggling, so we’ve identified those we will keep and the rest have been grubbed out. Because of climate change and no meaningful rain since November last year, we’re going down the Mediterranean path and planting hardy trees like olives, nuts and figs. I would like to plant a Chinese elm and an oak (in the shadier parts of the orchard in honour of my 11 month old grandson), so I’m hoping that with a screen of hedges, a better irrigation system and love and care, we can create a microclimate of trees in that area. Not an arboretum exactly but one can dream.

Until next time, hop over to Mr.P’s SoS and follow all the gardens listed. Every week one learns such a lot. Thanks Mr. P.