Filled with swings and roundabouts… 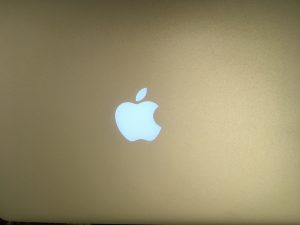 It and I are limping along until Wednesday when my new one arrives. The ability to work on vital documents like a manuscript had to be curtailed so I pootled through Pinterest and Instagram, through my favourite gardening and embroidery blogs and through book lists and a Dropbox file from new partner in crime, Simon Turney. Every now and then, my computer would gasp and fade to black and I would hold it and smooth its brow. 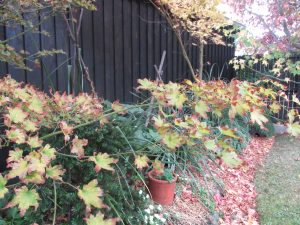 As I worked, the sound of the ocean slammed up the street to the garden like the rhythmic thumping of Taiko drums. A solid southeasterly swell had come in, requiring time spent standing on the beach watching tempestuous waves crash on the sand. Invigorating!

In addition, I’ve walked with the dog and my husband – cool days of silky grey skies, reminding one that ‘winter is coming’.

But then the bells and whistles began and the fireworks sparkled in the sky.

Firstly, my editor gave me a brief progress report. Passage is looking good. That’s an achievement worth celebrating! 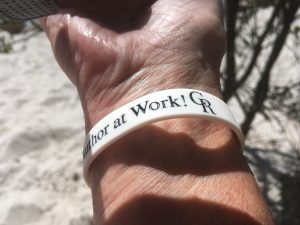 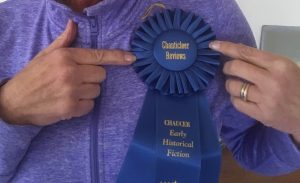 And then, I found out that Michael, Book Three of The Triptych Chronicle had been awarded an equal first in the Chanticleer Chaucer Awards.

How important is that in the scheme of things? After all, it’s not USA or NY Times Bestseller status.

It’s important because it’s validation of good writing. The other novels that Michael shares the award with are written by stupendous authors like Anna Belfrage and Helen Schrader. Readers know that novels with a Chanticleer rosette are quality literature.

So you see nothing much could top that news.

Except that brilliant Jane Dixon-Smith sent me a marketing banner for my Facebook pages. Seeing it made me realise that Passage is becoming a reality with each passing second.

I do hope everyone likes it.