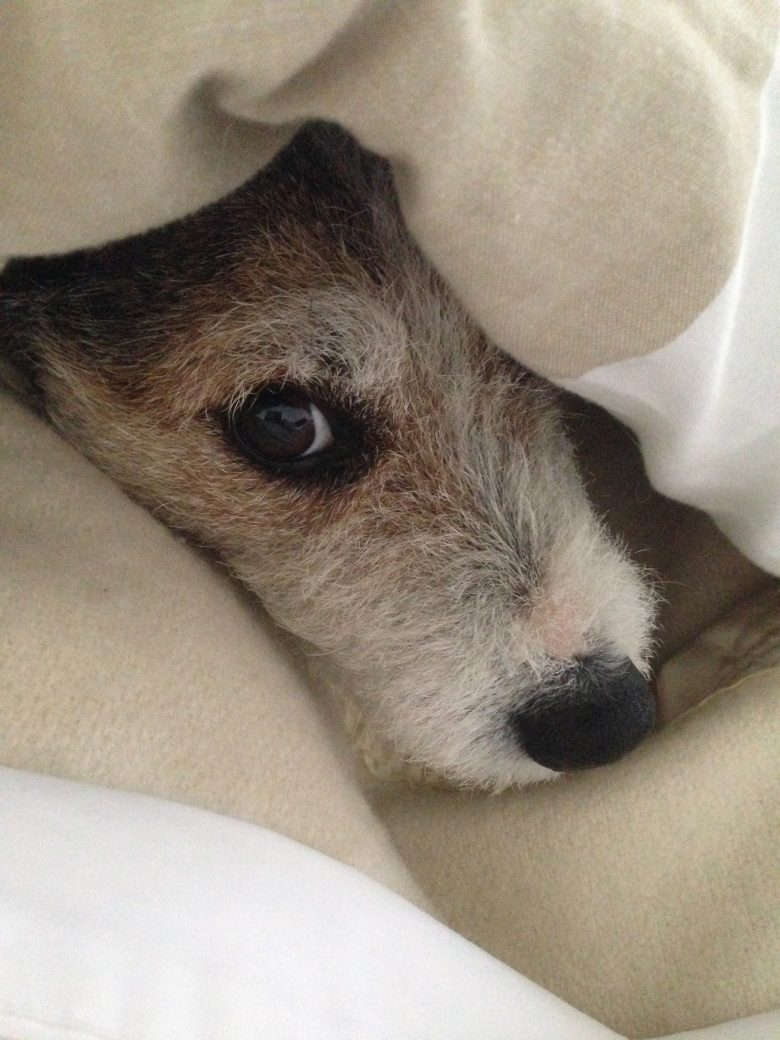 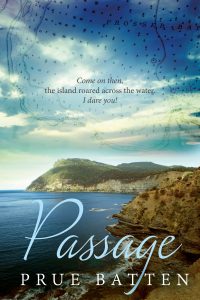 I’ve worn my fingertips to the bone as they danced like dervishes across the keyboard.

The biggest motivation just now is that in two weeks I’ll be having my cataracts removed and it will be almost a month before I can order new glasses. Computers are tiring on the eyes at the best of times, without new eyes and old glasses! Rest assured though, I’m so excited about this short half day surgery which will give me better vision! 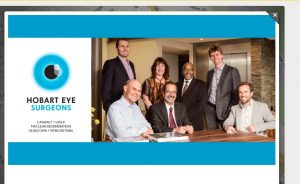 My specialist likes to have two weeks between each eye though so time is of the essence to conclude the WIP.

The other reason for speed is that I have set myself a release date of late May and I want to reach that target. My editor is waiting. So are my beta readers. JD-S is booked for formatting and reviewers have slotted me in for early May.

But isn’t it Murphy’s Law that a spanner should be thrown into the works? 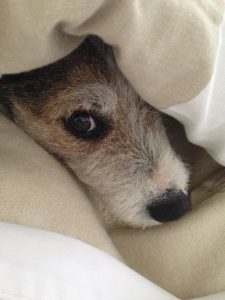 For the last few days, my dog has been below par – he seemed to be sore in the mouth but when I examined his palate and gums, all seemed okay.

Each day he ate less and less and worse, he even drank less and less, becoming listless and flat. He chewed the air as if something was stuck in his mouth and if he lapped water at all, he lapped from the right side of his mouth.

My little chap has the habit, you see, of collecting shells when we walk on the beach. Only one type. He loves finding them, giving them to us to throw and then on retrieval, chewing them into grit. He washes them, plays games with them. Funny and bizarre and we love him for it. 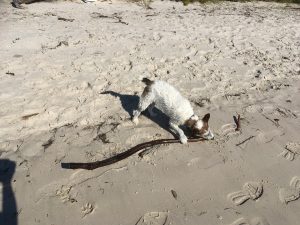 But every now and then, if the swells and waves have sent nothing to the shore, he will pick up a stick and play with that. Not something of which I approve. This happened last Thursday afternoon. And as each day progressed, he became more listless.

Today, when he lay on our bed and didn’t want to get up, I knew an emergency vet’s visit was required. 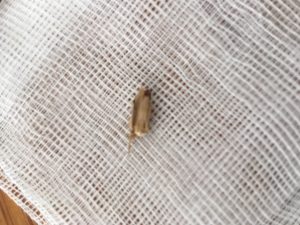 …was this piece of wood jammed between his left molars, and piercing the gum. At the same time, for the last three days, it has lacerated the underside of his tongue. He had developed an infection. Which just goes to show how much my eyes need a pull through, that I couldn’t spot that splinter!

He was sedated, the vet removed the wood, cleaned the pierced gum, swabbed and cleaned the lacerated tongue, gave him antibiotics, anti-inflammatories and pain relief for the next week. 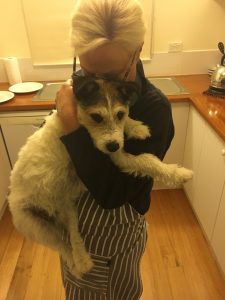 He bounced out of the vet’s, tail wagging, leaped into his crate in the car, ate warm barbecued chicken for dinner, cantered the whole way on his nightwalk, and is now asleep in front of the heater on his faux-Burberry throw. You’d barely know he’d been frail and injured.

Such is the resilience of a Jack Russell terrier. 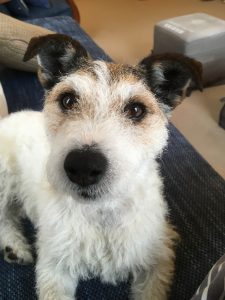 He has a few odd quirks in his nature, our little man. All strange, all funny. 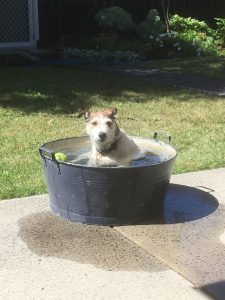 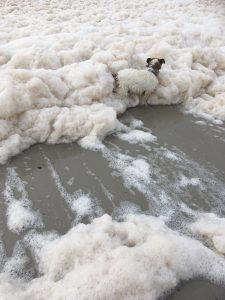 So in honour of his courage over the last few days, I’m announcing that Annie’s dog, Blighty, is based on him.

My fellow is now immortalised in a contemporary fiction called Passage, due for release in late May!