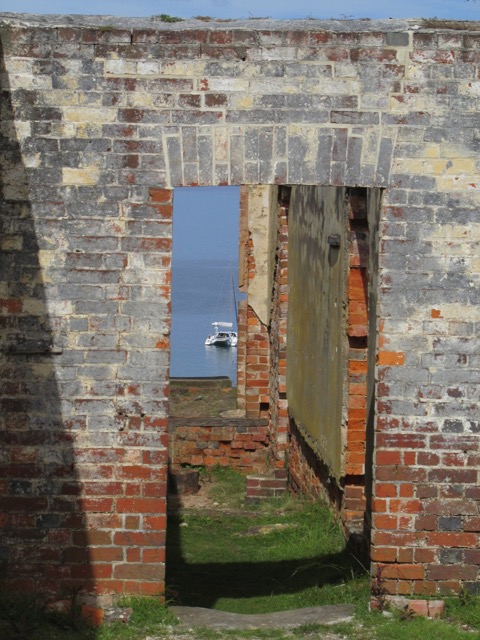 Sometimes life is for escaping from.

Sometimes it’s for escaping to.

Today was the latter…

Very early this morning, the men decided to go fishing and being totally uninterested in the hunter-gatherer thing, I asked if they could drop me at Maria Island. 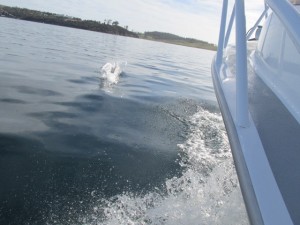 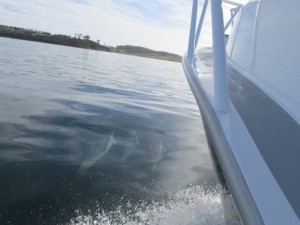 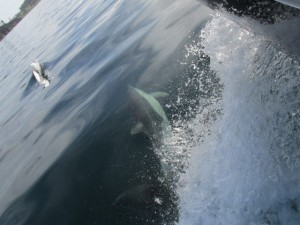 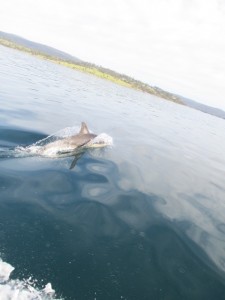 We played with friends on the way over…

And then I was on my own at Darlington. No one around – somewhere there might have been a ranger, but I don’t know where. 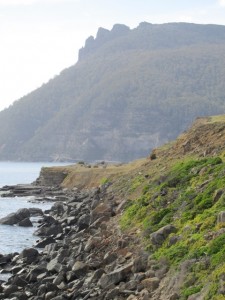 The kind of peace one can’t put a price on.

It was filled with the click click sound of native hens, of the glum honk of Cape Barren geese, the medieval caw of bush ravens, the shush and tickle of a  little swell over rocks, the chirrup of small field birds, the call of a kookaburra. But they are mellow sounds, and underlying it all is the knowledge that one is solitary. In a way, it’s exciting. Especially when you come within cooee of a pair of wedge tailed eagles or a mob of ‘roos. 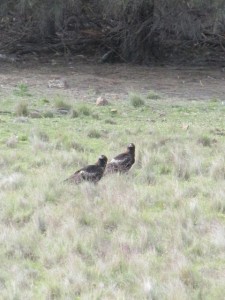 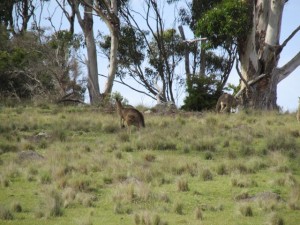 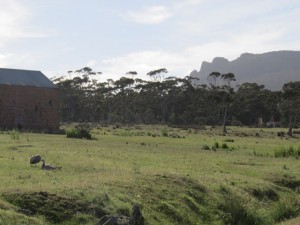 Choosing one’s own way, discovering things one has never seen here before. 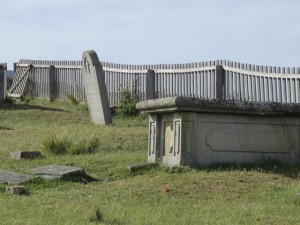 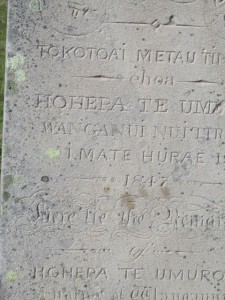 Found the old graves, one in particular. A Wanganui Maori, sent to the island as a convict. 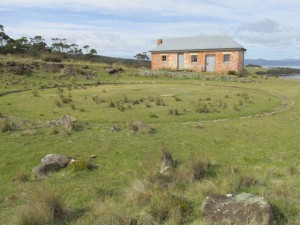 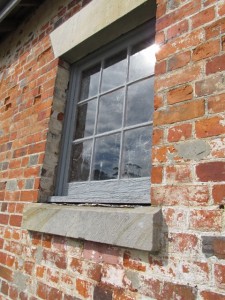 I found the miller’s cottage – 1846AD, assuming the circle in front of the house was for the miller’s wheel and horse to grind the flour. 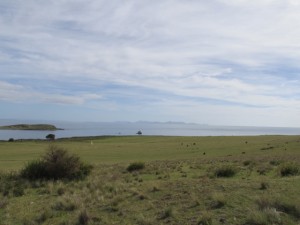 Did the view across the Mercury Passage and north to Schouten Island compensate for the isolation and for the sounds of the wretched men for whom the bread was baked? 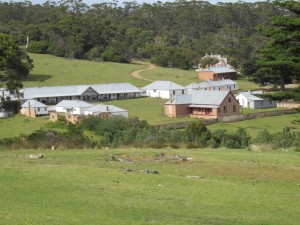 The view of the convict settlement where the soldiers and commandant lived – a view I’ve not seen from this angle. 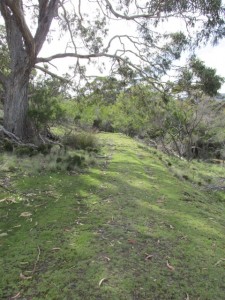 A convict road to somewhere … 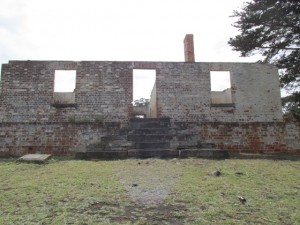 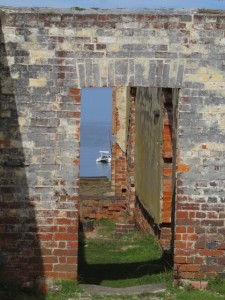 A view from every room. Elegant carved sandstone stair to the front entrance. It disgusted me to think that a so-called cleric could live so when not far away, men had been transported from Britain for stealing food to stay alive and were in solitary confinement. Imagine… 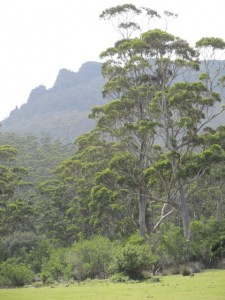 The chaps picked me up two hours and a feed of fish later and we pootled down to the Hopfields for tea and biscuits from the picnic basket. 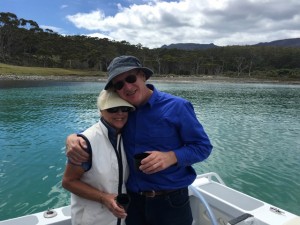 And then we wandered home, minds filled with escape, peace and solitude. All those things one needs when one has to survive a couple of unwished-for tumultuous weeks.