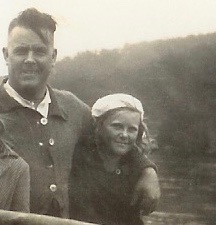 Today, 27th November, would have been my mum’s 91st birthday.

And even though she has been gone for over a year and is now the sparkliest, brightest star in the heavens, we will still celebrate because she was so important to our whole family… 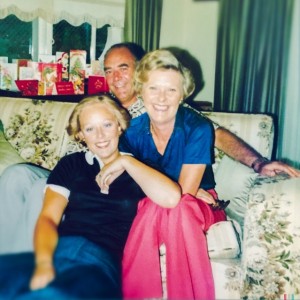 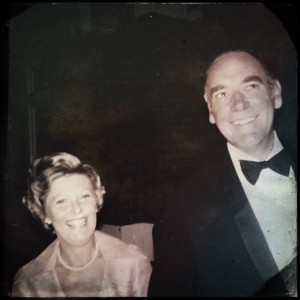 Her strength of spirit was legendary. She nursed my dad through bowel cancer and then through emphysema. She adored him – the kind of once-in-a-lifetime love that one dreams about. She lived the last fifteen years of her life alone – had no wish to meet other men or socialise because quite simply, Dad was the best and her love for him was forever. 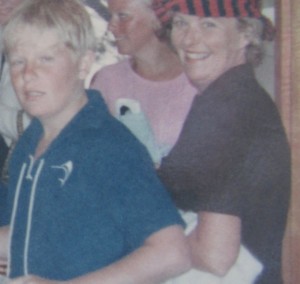 She was courageous. She began to lose her sight through macular degeneration about ten years before she died and rarely ever complained about the encroaching dark. The only times she found it hard enough to have to say something were when she had to give up her car, which meant her independence, followed by her beloved needlework.

But she never gave up her gardening or her cooking – even with technical blindness. And when the visions associated with blindness set in – Charles Bonnet Syndrome  – something that must have been disconcerting if not downright frightening, she’d pour a stiff gin, light a cigarette and wait it out. I am in awe, even now. 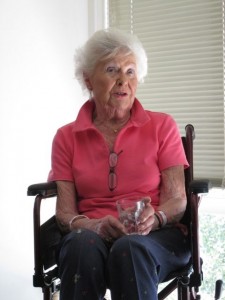 Two years before she died, she had a terrible fall out the door and stripped her tendons off her kneecaps which subsequently required surgery and rehab. Her pocket-rocket days were done and her last two years were spent in a deal of pain and frustration. But she never let it show – always the most stunning, upbeat octogenarian  you have seen. Nearly all the condolences letters we received talk of Mum’s elegance and her matchless humour and spirit. 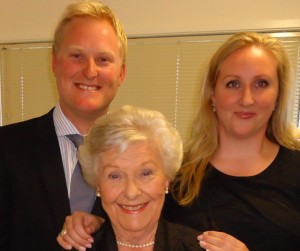 She was the family’s rock – whenever we needed her, she was there. 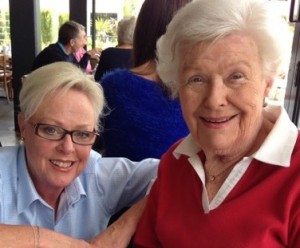 Often with food, but also with a shoulder and a clean pressed handkerchief and then some gentle words.

She had her beloved bolt-hole at Orford on the east coast of Tasmania – a house that had been in her family since she was a little girl and which she inherited from her father. 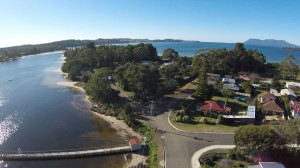 (the house with the red roof!) 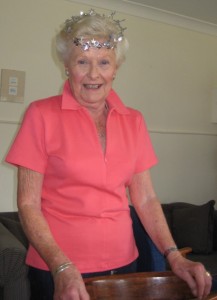 She was the queen of her domain and the matriarch of the clan and we loved her for it!

But the thing I loved most about my Mum was that when the chips were down, she’d gird her loins and push up her sleeves and no matter if it tore her apart, she’d get on and deal with it. What an inspiration! 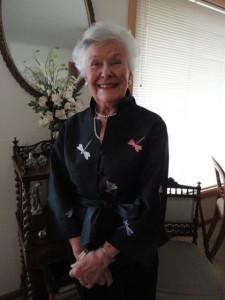 Happy 91st birthday, Claire Isabel. We miss you beyond belief…