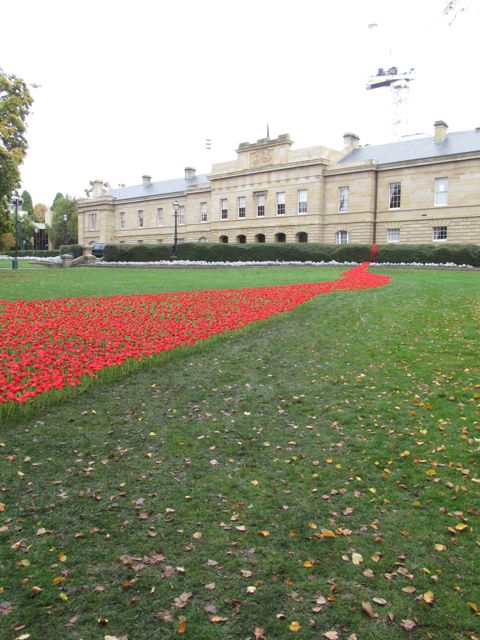 Today the world remembers those who lost their lives during the battle at Gallipoli, Turkey, in 1915. They were chaps who landed at the beaches under hopeless odds and who kept themselves and their mates going even when they knew it was pointless… 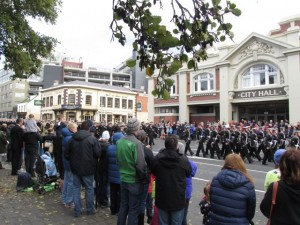 For those of us in Australia, what we celebrate is the bravery and independence of spirit of those Aussies who went to fight. Not because we want to glorify war but more because we want to say that we shouldn’t have lost anyone on either side of the Gallipoli theatre. 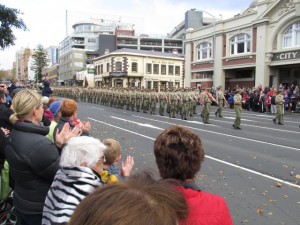 We also want to pay homage to those men on that beach who refined and defined our national identity. It’s a spirit that has stayed with us ever since. 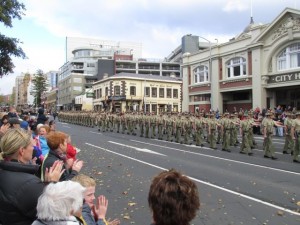 We are Australians who are proud, courageous, never take ourselves too seriously, will always help a mate out – and will mostly laugh at life. 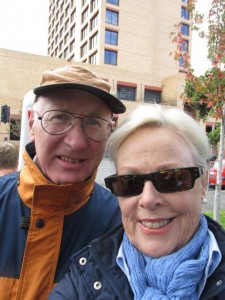 I love owning that spirit.

I want it to be who I am, who my family and my family’s family are and will be, and so we trotted off this morning in awful weather (they say our weather always changes to winter on ANZAC Day) to watch the Defence Forces gather and to marvel that in a city of 200,000 people, so many turned out to pay their respects. 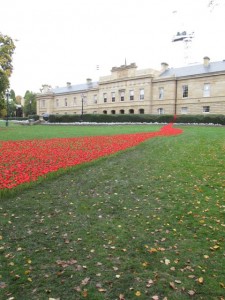 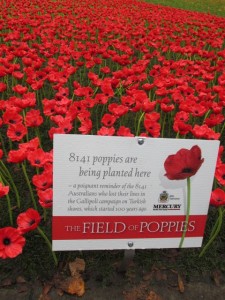 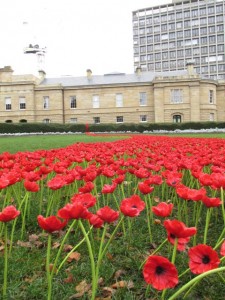 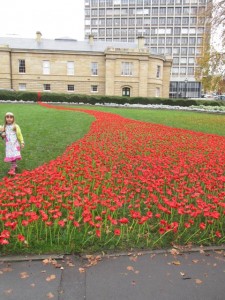 part of a jovial but respectful crowd who cheered all the different battalions of men, women, dogs and horses who marched. 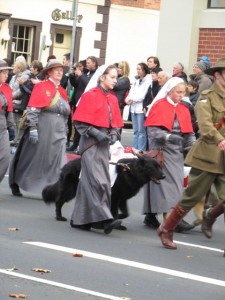 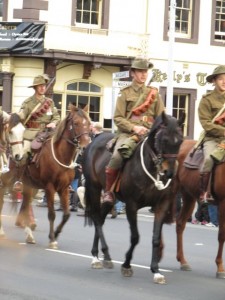 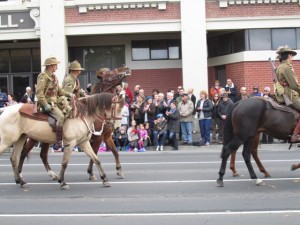 It wasn’t a sombre parade, although I did have a tear in my eye when the elderly Returned Servicemen and Women went past in cars, waving out the windows. 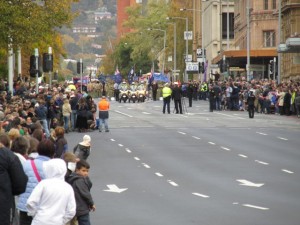 But we all had moments where we wondered why lessons aren’t learned through history and why men’s avarice and intolerance is still as strong now as it has ever been in the past.

As we walked back to the carpark, we noticed a huge Royal Australian Navy ship HMAS Canberra moored in the place reserved for the summer cruise ships… 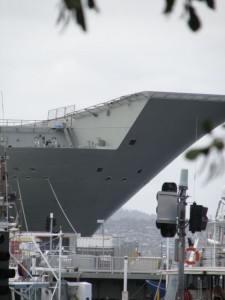 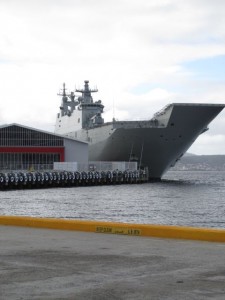 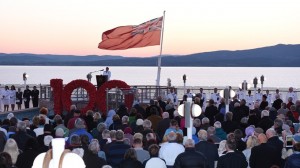