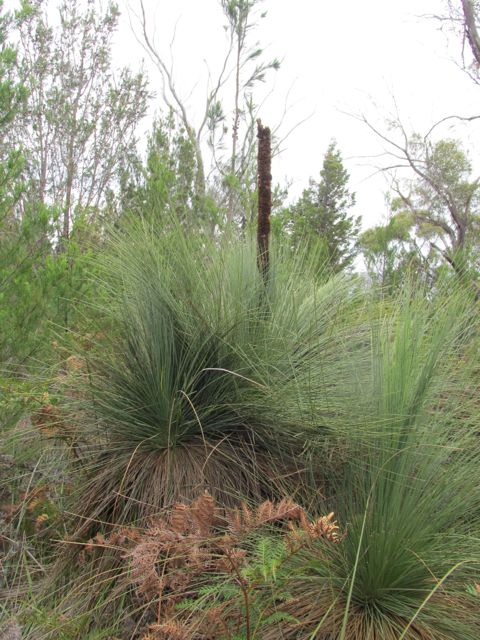 Walking on the edge… 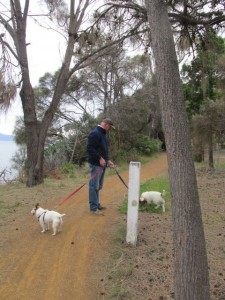 Went for a cliffwalk, vertigo not withstanding. Let husband walk on the side closest to the edge. (I’m not stupid!) 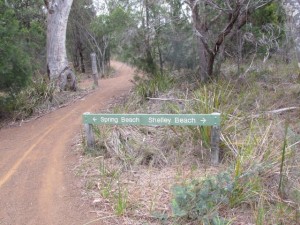 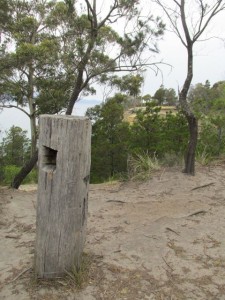 From Shelley Point (haunt of surfers of all ages) to Spring Beach. 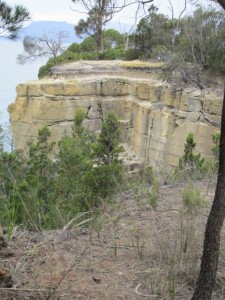 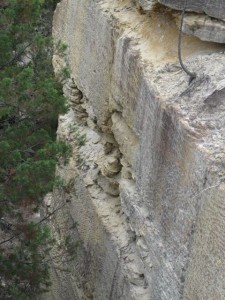 The old Quarries. The stone from this area was used to for the major buildings in Hobart, and also interstate in Melbourne. If one clambers down the track to the rocks on the water, evidence is there of the old wharf where boats would be loaded with the blocks. The technical wherewithal is quite astonishing as there is often quite a swell coming in. 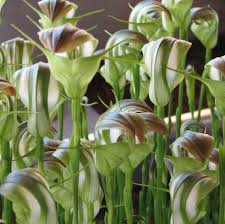 In September, (our Spring) it used to be a marvellous place to find three or four species of little Tasmanian orchids and other native wildflowers. My mother used to take us when we were young and we’d call it ‘wild-picking’. Mum would press the pickings and make the tiniest miniature pictures of artfully arranged flowers on black and navy velvet. Lovely. 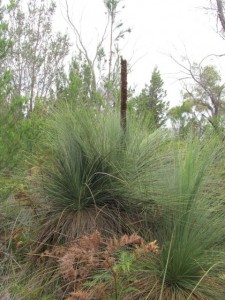 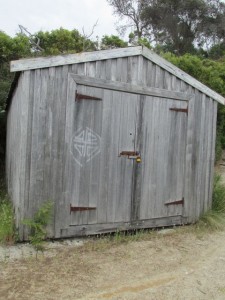 A boathouse left from the days one could build such things without the bureaucracy saying no. Times have changed… 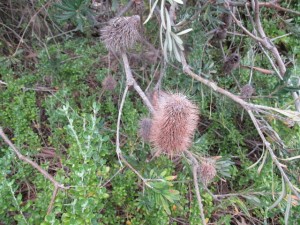 Last season’s banksia. It may have inspired these: 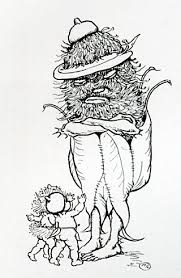 and of course the Banksia Men were so important in Snugglepot’s and Cuddlepie’s lives. 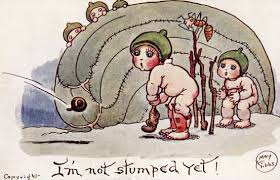 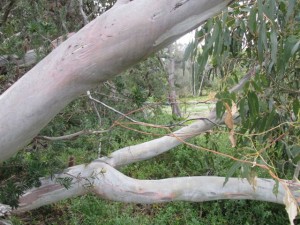 The wonderfully subtle colours of the eucalypt trunks. 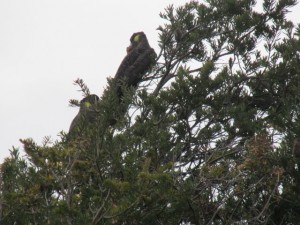 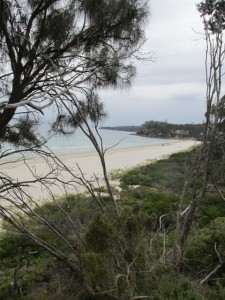 Our destination. It used to be a favourite swimming beach in our own and our children’s summer childhoods but it has become a crowded day beach for people from town and so we seek less popular beaches now. It’s the penalty we pay for only being 1.5 hours from the city. Lovely and deserted midweek and in school time though

I managed to survive the vertiginous drop to the rocks below the walk. But you won’t see any pictures of the drop.

I can honestly say it’s much less stomach-turning paddling along the coast in a kayak than walking along the cliffs. Despite the water depth and thoughts of sharks!