The most astonishing thing!

I have written seven books and am on my eighth. All since 2006. 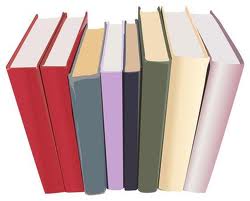 And they’ve won awards, ranked continually unbroken for over 12 months in the UK, secured more excellent reviews than not and I have met THE best readers in the world! 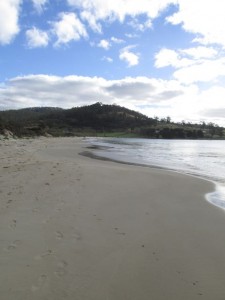 I have appalling self-discipline. Open the drapes and see blue sky, show me the dogs and their leads and I am done, gone, the computer left whirring away alone. Most times I remember to press save, but there have been times when…

Sometimes I wonder if I really pushed myself hard, would I have written ten books by now? Perhaps I would, but they may not have been to the standard I want. With me, slow and steady is best. Time to think, feel, and then write and re-write that scene. 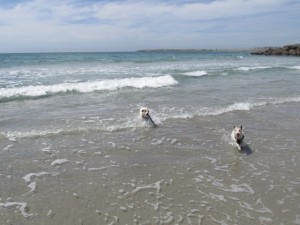 I often wonder what it feels like to write full-time. I couldn’t do it. I need all those other aspects of life. 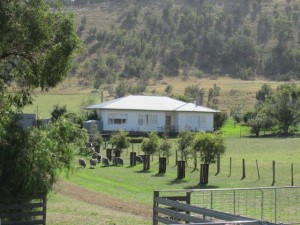 I need the farm, the garden, the dogs, the beach, the sea. 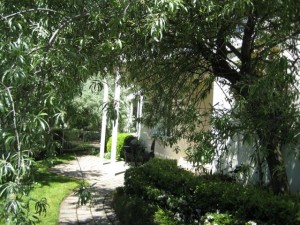 I need family and friends and in a perverse way, I even need the demands, negative though they may be, that life throws my way. THAT is what gives my writing veracity. I need the joy, the pain, the laughter, the tears and shutting myself off from my own immediate world won’t give me that.

So in this eighth year of being an author, I continue on with my eighth book which I will hopefully launch on an unsuspecting public in May of 2015.

In the meantime, I offer you the first unedited part of Tobias – the story of a minstrel and a broken life.

‘The strong man is one who controls himself when he is in a fit of rage.’

The fist pummeled into Tomas’ jaw, his head jerking sideways, his teeth splitting his bottom lip.

‘Son of an arse for a mother!’ the little man shouted. ‘Boiled arse of an excuse for a drunkard!’ He ran between his opponent’s legs, turning swiftly, balling his hands to punch up at the soft parts before the thug could turn around.

‘Tomas, leave it!’ Toby grabbed his brother’s fist as it was about to be thrust hard up into the miscreant’s groin. Around them jeers and calls goaded the small man on to a bloodlusty fight. ‘Leave it, I said.’ Toby grasped his brother’s arms, pushing him ahead, kicking his backside and shouting ‘Move it, get going and fast if you value what’s left of your face.’

Surprisingly Tomas ran, laughing all the way, until the two pulled into a Venetian alley of shadows, far from the ruckus.

‘What in Christ’s name is wrong with you, Tomas?’ Toby’s voice could have lit a fire.

‘Ah, leave it brother. The idiot was asking for it.’

‘How so? He was in his cups and could barely speak.’

‘He called us freaks of nature,’ Tomas dragged a corner of his ripped tunic up to his lip and patted it and then tried to see the clot of blood that resulted. ‘That we should have been drowned at birth. I was insulted and defended my honour. So what?’

Tobias sighed. This was nothing new – that their dwarf-sized physique should be so disparaged. They had been insulted in similar ways since birth. But they dealt with it and moved from success to success, impressing noble halls across France, Spain and the Holy Roman Empire with their musicality. Toby had oft said that music lowered drawbridges and smoothed out wrinkled souls. 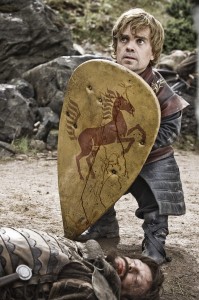 Tomas’ voice dripped sarcasm as he wiped his bloodied face. ‘Anyway, since when did you become so righteous? Have you not noticed how dull our life has become of late? I did not sign up with Gisborne to be a nurse to a precocious child!’ He hoiked up some blood and spat.

Sir Guy of Gisborne had found the twins in Parisin dire circumstances and recognizing their innate talent and how he could put their identical looks to valuable use in noble courts, he signed them to spy for him. ‘Secrets sell, Tobias,’ he had said. ‘Kings will pay a fortune for the right ones. But beware; secrets breed enemies. You will have to create a hundred identities, you and Tomas. Maybe even a hundred more.’

Tobias and Tommaso had looked at each other and grinned. They loved their music, but to colour it with such subterfuge? They shook Gisborne’s hand and never looked back, working as a perfect team. Clothed in a dozen different identities, they inveigled themselves into courts far and wide for dwarf-sized court-entertainers were in demand. They never sang together again of course, except within the Gisborne villa in Venezia, and to any who wondered, the Celho twins had died in an avalanche in a mountain winter. Which made this latest fracas where they were seen together, something Gisborne would be livid about because Tomas might just have created a weak link in Gisborne’s chain. Tobias seethed at his brother’s foolhardiness.

‘Jesu, Tomas,’ Toby began to walk away. ‘These days I barely recognize you.’

Tommaso’s voice called out, words bouncing off the alley walls, speech slurred and filled with a tannin-stained ego. ‘Recognise me? Recognise me? Huh! You’re the one who’s as softened as a pile of loose shit. Creep away then, turd.’

Toby turned back, facing his swaying brother who leered at him. Cool-headed and clear-thinking, Toby brought a fist up in a swift under-cut, knuckles connecting with a square unshaven jawline – a perfect knockout punch that sent Tomas reeling back to slide down the alley wall. Toby danced around sucking his fingers, flapping his hand and swearing at his unconscious sibling.

‘Tomas,’ he hissed as he grabbed the slack form. ‘I swear, Tomas, if you don’t straighten yourself out, I will, I will…’ He stopped as he pulled at a loose flapping arm. Anyone who knew him as a minstrel and close friend of a three year old would not have credited him with the strength with which he heaved his brother over his shoulder, beginning the laborious task of finding a punt for them both. The bells of the fledgling Saint Mark’s rang across Venezia, reminding the population that Vespers was upon them. The echoes peeled and finally quieted, whereupon the only sound was the sigh of a dull breeze that chivvied he and his load back to the villa.

He hated treating his brother so. He was not in truth a violent man given to excesses – not unless it was with word or melody. Not that he couldn’t handle a sword, a knife or his fists and be quick about it. But by and large he preferred peace, despite that his work for Gisborne could be anything but. He told himself that espionage allowed him to observe the best and worst of human nature for his music. But knocking his own brother out was not a thing of which he was proud. Nevertheless, what he hated more was the fact that Tommaso had changed from being the other side of the Celho coin to someone else entirely.

The next day, the excesses of the night before barely registered with Tomas, so used to drinking had he become. As to Toby’s role in the bruise on his jaw, he remarked laconically,

‘Christ’s fingernails, Tobes, I must have drunk myself insensible last light. My jaw aches as if I pitched forward onto a trestle.’

‘Hard luck for you then,’ said Tobias as he concentrated on outwitting Mehmet at the chessboard. If the Arab physician had an inkling that the bruise on Tommaso’s jaw came from bone on bone rather than bone on wood, he did not say, merely tsk-ed quietly as Toby moved his bishop across the board…