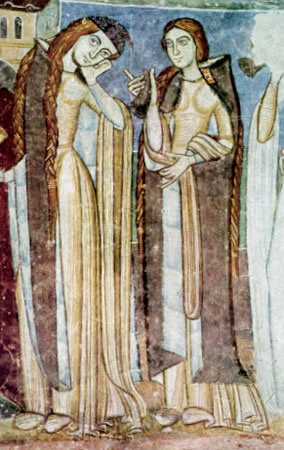 The unearthing of Richard III’s remains has redefined how we all view history. To think that the body, hastily thrown in a grave 600 years ago, was unearthed at a time when forensic study can offer so much detail reminds me of the phrase ‘let there be light!’. It also raises the question – how much history will be changed by such examination?

Highly successful historical fiction author, Colin Falconer  recently said ‘…those who argue for historical accuracy lose their ground … because it is impossible to know exactly what happened…’ and whilst I may have taken his comment out of context (he was in fact commenting on the background to the harem, and the relationship between Suleiman and his great love, Hurrem), I think he makes an extremely valid point.

None of us were there.

We can appreciate and study artifacts, buildings, art and writing of the times, but we are surely none of us so naïve as to assume that spin-doctoring is only a twenty-first century phenomenon. Take the case of Richard III. Presented after his death as something partway between the Devil and a monster, academics are now beginning to explode the myth.

I am confident this would have happened consistently right through history, depending on what legacy those in power wished to pass down through the ages. In addition there are also lesser known facts that can be dissolved before our eyes…

For example: in reading http://www.sharonkaypenman.com/medievalmishaps.htm I discovered this: “Sometimes apparent inconsistencies in my books are not errors, merely reflect information newly discovered. Sharp-eyed readers may have noticed that Eleanor has shed two years since Here Be Dragons and my first mysteries. It was always assumed that she’d been born in 1122, but Andrew W. Lewis in “The Birth and Childhood of King John: Some Revisions,” published in Eleanor of Aquitaine; Lord and Lady, very convincingly demonstrated that she was actually born in 1124.”

Which brings me to my own thoughts as I research and write the story of Guy of Gisborne and Ysabel of Moncrieff in the twelfth century. How can we be so pedantic as to assume that the fact we are reading in a fiction is right or wrong? There may be interpretations, spin-doctoring or a plethora of information that may not even have been sourced yet. Take the case of velvet. I wanted my own characters to dress in velvet. Penman is quite adamant about this: “In Here Be Dragons, I draped Joanna and other female characters in rich velvet gowns. I later found out that velvet was not known in the 12th century.”

So I did my own research and found this:

‘Velvet production became firmly established as an industry in the Middle East and eastern Europe by about the tenth century. The most skilled weavers came from Turkey, Greece, and Cyprus; when the latter was conquered by France in 1266, many artisans were forced to flee to continental Europe. Most settled in Lucca, Italy, already a major centre for the production of fine woollen textiles, thus allowing for the spread of velvet-weaving techniques further north into much of western Europe.

Moorish Spain was a second major centre of velvet production; it had been manufactured there since 948 AD, and various velvet-weavers’ guilds and organisations served to ensure the industry’s prosperity.

The first reference to velvet in England came in 1278…’

So perhaps in the context of England, Penman is right, but as far as my characters go, they have hovered in Aquitaine, have seen Saracen traders come and go, and more lately they have passed along the southern seaboard of Europe in the Middle Sea and are currently in Cyprus. Would it not be likely that traders right along the seaboard would have traded such fabrics to the noble and wealthy? Especially as Moorish Spain produced velvet from as early as 948AD? I prefer to believe they would. Can I substantiate that claim? No. There are no extant invoices from twelfth century merchants stating they sold so many ells of velvet to this or that noblewoman.

This is where fiction can take a basic fact and stretch it smoothly to fit a storyline, so that the folds drape seamlessly and light wafts and weaves through the dense nap. There will be some readers who say: ‘How dare you? You cannot play with facts like that!’

And I say, history is becoming malleable, the more that research is carried out. Should we as readers and writers not bend a little too?