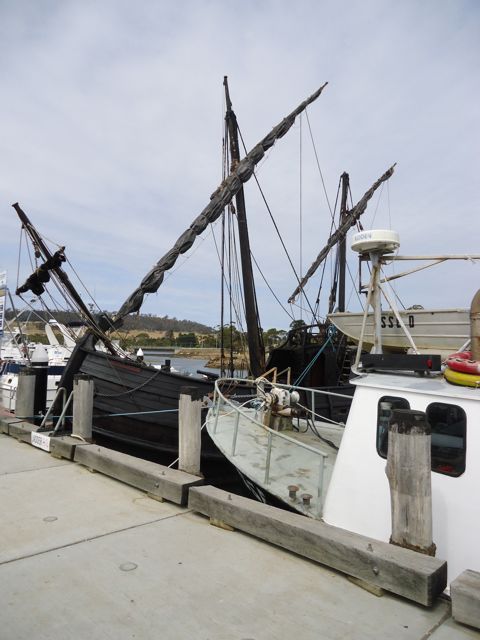 At the marina the other day, in the little coastal village of Triabunna, looked up and saw rigging that seemed so anachronistic.

Being drawn to all things medieval, had to blink twice thinking mind was slipping as I write Gisborne: Book of Knights.

Stepped back and thought, no – boat’s a bit further on than twelfth century.

Imagine! Found a fifteenth century caravel in a tiny fishing village in Australia!

Always thought caravels were HUGE. Not so. Puts whole other slant on Dorothy Dunnett’s House of Niccolo series.

‘Romance’ of the boat was astonishing. Stood staring at it and imagining so much. Not least was seeing Niccolo, Loppe and Julius on deck. That led to thoughts of nefarious trading games in the Mediterranean and down the coast of Africa.

In reality, I was in a little village founded in 1830 after British settlement. And over the road? The best fish and chips for 80 kms round about!

*Notorious was making her way down the Tasmanian coast for the Wooden Boat Festival which begins in Hobart tomorrow.*