I hated our time in Rouen.

My mare cast a shoe a league before the town and I was forced to lead her and thus we arrived, both of us, footsore and tired.  Guy offered me his gelding, but I would not ride.  Khazia had carried me unstintingly, it was the least I could do to walk beside her as she suffered a bruised sole.  Guy dismounted and led his horse, and we barely spoke, but each time his arm rubbed against mine butterflies danced in my belly.

But try as I might to regain the feeling of light and life I had held fleetingly in my heart back along the road; the issue of Moncrieff and my father subsumed everything.  For me the sun had gone and a grey pall hung over the world.  I felt it would not change until I could see Moncrieff for myself.

We took the horses to a livery and I spent time grooming Khazia, making sure the straw that she stood on was thick and cushioned her feet from further problems.  She had to carry me the rest of the way home and there is an old saying: ‘no foot, no horse.’ I gave her the last of the apple-core I had saved from a windfall Guy had scrumped on the road.

‘She is.  Father arranged for her to be waiting for me when I arrived in Montrachet.  She’s of Barbary blood and fast and fleet with it.  She would be a good broodmare when she has time.  Perhaps back at Moncrieff.  Can we find a smithy to shoe her first thing and then leave?’

‘Is there not someone here you can ask?’

‘The livery owner and ostlers have gone to sup and the fellow at the door doesn’t seem to understand, just keeps smiling and nodding.’

‘Oh for heaven sake.’  I pushed past and spoke to the old man but he just grinned at me like a loon.  I repeated myself in Occitan in the vague hope he was from the south.  Perhaps he was deaf or mute, God knows, but we could get little sense from him despite his winning ways with the horses.

‘I’ll ask when we are settled somewhere.  People will know.’  Guy took me by the arm and led me to an inn with a quaint wrought sign of a ship. 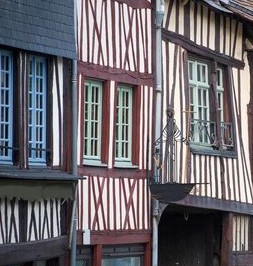 I thought it was a step forward that he didn’t just deposit me with more good Sisters for a day and a night of prayers and the confessional.  But the fact we had rooms side by side at the hostelry meant little as I went over and over the situation that Guy had revealed.  My home was under threat.  My father’s inestimable wealth had diminished.  Guy implied it was because my father grieved for my lady mother but his words lacked conviction and I wondered why.

We ate a spare meal from one of the booths lining the street and as Guy paid for our food he enquired of the whereabouts of any forge.  When he turned to me, he was frowning and I could see he was perturbed.

‘It’s a festival day tomorrow.  Some godforsaken saint or some such.  It’s a holiday and no one appears to be working.’

‘Oh come now.  Someone is surely prepared to shoe a horse for good money.’

I swore, to which Guy raised an eyebrow.

‘Indeed,’ he agreed, ‘I confess I am concerned.  But there is no way around this.  Taking money on a declared holy day is punishable so no one will shoe the horse.’  He had begun to assume that slightly formidable expression, the one that still scared me even when I had been with him for so long.

‘Then if we remove all Kahzia’s shoes, she will travel more evenly.’

‘Ysabel,’ Guy scoffed.  ‘You’ve seen the road.  She’d be lame in two leagues and not just from one hoof, but from all four.’

‘Well what do you suggest,’ I snapped.

‘There is a way round this.’

‘Tell then, because I’m damned if I can see it.  We waste another day, that’s all there is to it.’

‘What!’  The enormity of what he said almost knocked me over.  ‘And leave Khazia in Rouen.  You jest.’

‘No, I don’t.  If we must leave on the morrow, we have no choice.  Khazia can not be shod until the following day and she will not make pace if she goes unshod.  We must leave in the morning, I can see no other way around this.’

I walked away from him but could feel him behind me as we headed back to the inn.  ‘You ask me to do something that hurts, Guy.  On top of all I have lost and appear to be losing, you ask me to get rid of a horse I have had for eight years – a friend.

‘Not so important that you thought little of what you might do to her galloping downhill at Montrachet.’

‘You bastard,’ I swung round and lifted my hand which he caught in mid arc and we stared at each other as if a storm birthed.  ‘How dare you presume to know what I feel for Khazia.’ I hissed.  ‘That day at Montrachet my mind had slipped sideways with grief for my mother.  But I know what I think now and I know that you ask too much.’

‘Ysabel,’ he lowered his voice and at any other time, I would have said he was being solicitous. 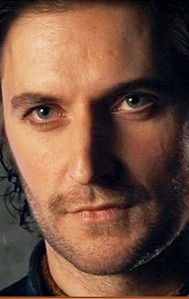 'He was being solicitous.'

He opened the door of the hostelry and I passed through.  As we climbed the stairs he continued.  ‘You need to get to Montrachet and soonest.  We have no idea what we might find at the coast: the weather, no boats, any number of imponderables.  We can sell Khazia and buy a good horse to get you to the coast.  Sell it on the coast and buy a ride in England.  No, no,’ he took my hand.  Don’t say it.  I know what she means to you but it is the only answer.’

I knew he was right if urgency was what propelled us.  It seemed to me that if there had been extreme urgency before, he had kept it quiet.  Since our new understanding he had opened up a little about what I would find.  But I think he knew more than he was telling.  ‘Guy,’ we stood outside my chamber door.  ‘What do you know that you are not saying?  You ask me to sell Khazia so that we may make haste and yet what is just one day?  I know I am eager to return home, but not at the cost of losing my mare.  It seems there is something behind this, something of import.’

He leaned across me and I smelt the faint fragrance of lemons that always hung about him.  His hand twitched the door latch and the room was revealed, lit with a cluster of candles here and there.  ‘May I?’ he asked.

I was not sure what to say.  A lady did not invite a man into her chamber and I was no whore, no easy tup.  In addition, if anyone saw us . . . I glanced quickly along the corridor, but it was deserted and so nodded my head and almost ran inside as he followed, shutting the door carefully.  I moved to a chair and sat with my legs jammed underneath, my kirtle laid flat against my legs as if it were a barred door to the man who lowered himself onto a coffer nearby.  His face had softened.  I should have marveled at what I saw.  I loved the sharp planes of his face, his long and regal nose, hair that sat on his collar and through which any woman would want to run her fingers.  His eyes were identifiably blue, even in the candlelight and I tried to seek an answer in them.  But he had successfully removed all emotion from them and in fact when I looked at the way he sat, it was as if he leaned over a chessboard and planned a series of moves without his opponent sizing him up.

Am I an opponent?

‘Ysabel, what I shall say you won’t like.  You ask what I know.  What I shall tell you is the truth and I ask that you don’t hold such truths against me, but rather accept that they are facts you would have found out anyway.’

‘I agree with your terms.  I shall not blame you.  But in truth Guy, you scare me.’  My stomach had tightened and I could feel my heartbeat become unnervingly irregular.

‘This is what I would say.  When your mother died, your father sunk himself in his cups.  In the beginning he kept to himself.  Oh dear one, do not cry for I have still more to tell.’

The tears rolled and I could not help them.  I wished I could sob and wail because my chest was so tight I thought I would not get a breath inside.  My silly, weak, lovable father.

‘But then his hunting friends began to call.  They took your father out on long expeditions, returning him blind drunk and then collecting him again and so on.  Not so bad you think?  Perhaps not, until word began to spread from the staff of different demesnes, that games of chance were being played and with large stakes.’

My chest was so blocked my face must have changed colour, because Guy grabbed me and gave me a little shake.  ‘Breathe, Ysabel, breathe.’

I sucked in a huge breath and looked him right in the eye.  ‘Tell me, tell me and be done.’

‘Your father has staked Moncrieff, Ysabel, and they say that Baron de Courcy already has the titles waiting to be transferred.’

‘Hush,’ he stood and held me to his chest

and in a brief moment of unreality, I revisited the day before.  ‘Hush.  It may not be what we think.  But you see, you need to get back to Moncrieff and talk with your father, with the bailiff and with the priest.’

‘Baron de Courcy.  Who is he?’  I shivered and Guy drew me toward the fire.

‘A thug.  Moneyed, privileged and a thug.’