The other day, I was driving along the stock lane at the farm and I heard a tune I quite liked, with an unpretentious English voice talking to me over the melody.  I pricked up my ears when I heard: ‘ Did you know that Dickens invented 13,000 characters in his lifetime?’

Oh good, I thought.  An interview on literature and turned up the volume slightly, before realising as the chorus began, that I was in fact listening to a song.

*Last year, 1 million books were published and a new book is printed every 30 seconds.

*The narrator said ‘it would take me 15 years just to read the titles on every book printed.’

And the song went on.  Finally the back announcement was made and I discovered I had been listening to a Nick Hornby/Ben Folds song and decided then and there it was an i-tunes investment.

For those who don’t know Nick Hornby,

check wikipedia for a quick bio, but for me, Nick Hornby will always be the man who wrote About A Boy. 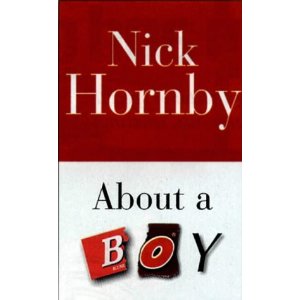 The book and the movie burrowed under my skin.

Hornby has a knack, in my mind, of weaving the inadequacies of his characters’ personas into a beautiful tapestry. His books seem to be written with an undiluted honesty but with enormous empathy as well, and I am charmed by that.

And now here is said Nick Hornby writing a song that is quirky and fact-laden but has writing between the lines that you all really should listen to.

But I wondered – for all those struggling writers out there, what does it feel like when you are looking for a publisher and you hear that 1 million books were published in 2009.

That a new book is printed every 30 seconds.

Can a writer ever envisage themselves as part of such phenomenal statistics?

Well according to Nick Hornby it’s all to do with Things That You Think.