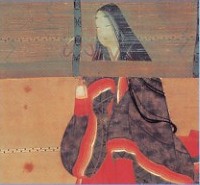 Things that are pleasing:

The smell of berry slice. A letter folding in the right way so that it slips into its envelope as if they were lovers.  The smell of fresh laundry as it is folded.  Crisp cotton sheets. Autumn lasting until Spring.  The ocean.  The sound of waves.  The squeak of white sand when walked across. Views of land and sea that take one’s breath away.  Bright red leaves like slashes of blood on blueberry bushes.

Things that are not pleasing:

People who don’t smile.  The smell of old cabbage.  Clouds moving across the face of the sun in autumn and winter.  Old people who say things in the belief that age gives them the right to say what they like without thought for feelings. Rain when one has just cleaned one’s mode of transport.  People who reverse cars without looking at what’s behind.  Ingratitude.  Empty words.

It is the fifth month: the season of falling leaves in the southern hemisphere.  Early this week I saw people walking and even though the sun shone with the strength of a late Spring day, they wore padded coats and I laughed and felt pity that they should not live in the moment.  Instead I believe they think, oh yes . . . it is the middle of the fifth month, I should therefore wear my padded coat.  Not only that, they persist in black and they role around the byways like little thunderclouds in an otherwise perfect day.  Later this week I found the need to put on my own padded coat because it was cold enough for snow in the mountains.  But mine is brown . . . one must draw one’s own conclusions . . .